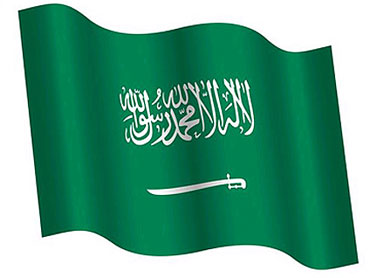 (AP)
A Saudi family feud is being felt by banks around the world, from New York to the Cayman Islands.

It also offers a glimpse into the clannish nature of business in a region dominated by oil markets.

According to a Wall Street Journal report ($) Thursday, the Gosaibi clan – one of the richest in Saudi Arabia – is beset by multibillion-dollar debt that has sent its businesses into default and caused deep familial rifts.

Aside from his involvement in Ahab, Sanea also formed his own company, Saad Group. The two entities have borrowed $15 billion from 110 local and global banks over the last several years. Some of those banks have already written off hundreds of millions in bad loans while others, including Deutsche Bank AG, are suing Ahab subsidiaries and Saad group in New York, London, Dubai and the Cayman Islands, according to the report.

In its defense, Ahab says it was itself a victim of Sanea, who allegedly committed $9.2 billion worth of fraud, including forging loan documents, doctoring the family's financial books and funneling Ahab money into Saad Group.

In one instance, according to the report, the Gosaibis claim Sanea forged the signature of Ahab's chairman, Sulaiman al Gosaibi, on a loan document in February of 2009, even though the elderly Gosaibi lay in a medically induced coma. He died the day after the form was signed.

The two clans live in adjacent estates in a wealthy Khobar neighborhood but their contact is limited. In fact, the Journal notes, a cardboard box filled with court summonses and documents from the Gosaibis has been lying untouched on Sanea's property for two months after he refused to accept them.

The feud has also caused a bit of a social uproar, with neighbors and friends unsure of which side to invite to traditional dinners.

So far the Gosaibis have a court victory to their credit, as a London judge froze Sanea's assets, though the court later increased the amount of his family's monthly allowance to $1 million a quarter from $10,000 a month.