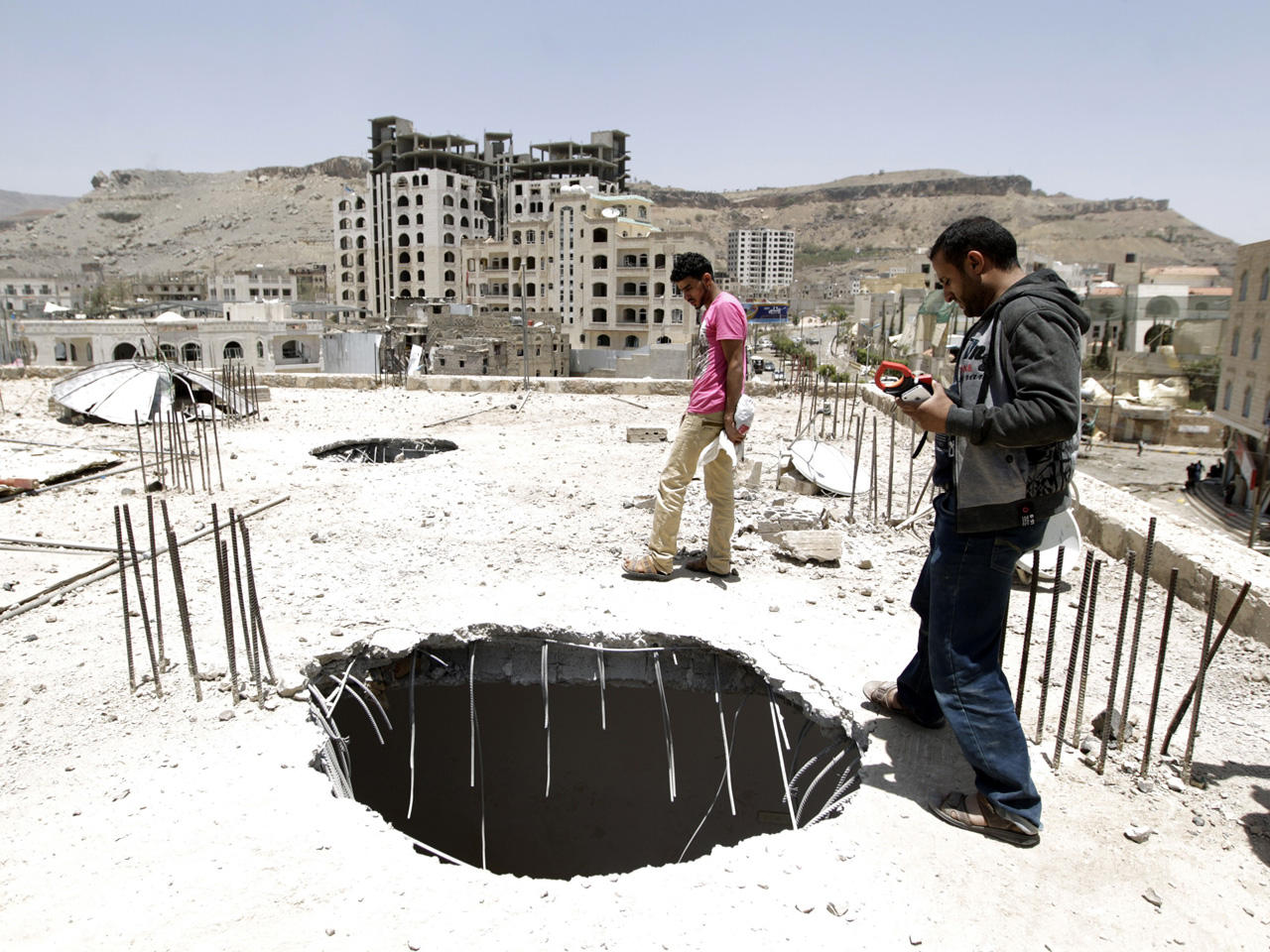 SANAA, Yemen - A spokesman for the Saudi-led coalition targeting rebels in Yemen says the so-called "Decisive Storm" campaign is over, but that allies will launch a new phase aimed at preventing the rebels from operating.

Speaking at a news conference in Riyadh on Wednesday, Brig. Gen. Ahmed Asiri said the objectives of the campaign have been met and that it would cease at midnight.

He said the rebels no longer pose a danger to civilians and that the new phase, called "Renewal of Hope" would focus on rebuilding the country while interdicting the rebels.

Asiri did not rule out future airstrikes against the Houthi rebels.

The announced end of the air campaign comes just as Saudi Arabia's King Salman mobilized the National Guard for the fight in Yemen.

The country's National Guard -- considered the Kingdom's best trained and equipped military force -- had already deployed along Saudi Arabia's southern border with Yemen, but the order from Salman on Tuesday could pave the way for a long-discussed ground incursion into Yemen to confront the rebels.

The Saudi-led coalition pounded Shiite rebels in Yemen on Tuesday, killing 20 in a city in the country's west as the civilian death toll rose to 38 from airstrikes the day before in the capital, Sanaa, officials said.

The National Guard is under command of a separate ministry in the Saudi power structure, answering directly to the monarchy, whereas the Air Force and the Land Force -- the only military branches deployed in the Yemen campaign until Tuesday -- are under the command of the Defense Ministry.

The U.S.-backed campaign by Saudi Arabia and its allies, mainly Gulf Arab countries, is aimed at crushing the Houthi rebels, who have taken over Sanaa and areas in northern Yemen and have been pressing an offensive to expand their gains in the rest of the country, including the southern port city of Aden.

CBS News National Security Correspondent David Martin reports the primary objective of the Saudi-led air campaign was to eliminate threats to the Kingdom, in the form of weapons -- captured by the Houthis from the Yemeni government -- which could reach targets in Saudi Arabia. According to Martin, the Saudis feel they have eliminated that threat to their homeland.

The ground fighting and the airstrikes have pushed Yemen, the Arab world's poorest country, to the brink of collapse. The fighting has also taken on the appearance of a proxy war between Iran, the Shiite powerhouse backing the Houthis, and Sunni-dominated Saudi Arabia.

Martin reports the deputy foreign minister of the United Arab Emirates called the end of the air campaign a "tactical shift" and said the goals of restoring the legitimate Yemeni government and ending Iran's influence in Yemen remain unchanged.

CBS News analyst Jere Van Dyk, who spent much of last year in Yemen, says King Salman's order is significant, noting that the last time the royal family called up the National Guard to any significant degree was in 1979, when a group of Islamic militants -- with help from Saudi princes and secret cells in the army -- attacked and took over the Grand Mosque in Mecca.