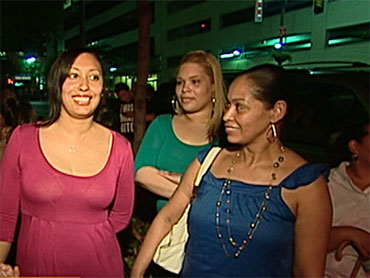 The waiting is over for "Sex And The City 2." The nationwide rollout has begun.

Many theaters kept their doors open for the first screenings early, early Thursday, and fans were there in full force, as "Early Show" contributor Taryn Winter Brill found out at one of them, in Manhattan.

Hundreds of diehard fans - many of them screaming -- lined up for three midnight showings of the eagerly-awaited sequel. Some had shown up as much as two hours before.

The franchise featuring fun, fashion and friendship among its four lead characters has its fans as excited as ever, Brill observes.

One fan told her it was "definitely, definitely well worth it" to get there by 10 p.m. local time to be among the first in line.

Another told Brill what she likes most about SATC is the clothes and the drinks.

Other women said simply - the men!

In tribute to the movie, comfort took a backseat to fashion for some fans. Brill spotted one wearing four-and-a-half-inch heels..

What started out on the small screen 12 years ago has grown into a global phenomenon, Brill says.

The first movie grossed $415 million, and Hollywood insiders say the sequel may exceed that.

But SATC hasn't just raked in cash, Brill remarked. It's changed the way women behave, drink and, of course, dress, from fancy flowers to high-end heels.

SATC's costume designer Patricia Field says she created a fashion frenzy designed to empower. "Don't let anyone tell you to put your strength in your back pocket and hide it," she explains. "And I think that's the ticket of the Sex And The City, and the women, and their discovery of, they can do what they damn-well please."

And, Brill points out, the franchise's other legacy - simply put - sex!

"Before Sex And The City," says Entertainment Weekly Senior Writer Missy Schwartz, "there just weren't characters, female characters, who spoke like this, who were open about it, who were proud of their sexuality. … It just sort of took the dirtiness out of sex and made it fun and fizzy, and kind of like a Cosmo -- a pink fun drink!" 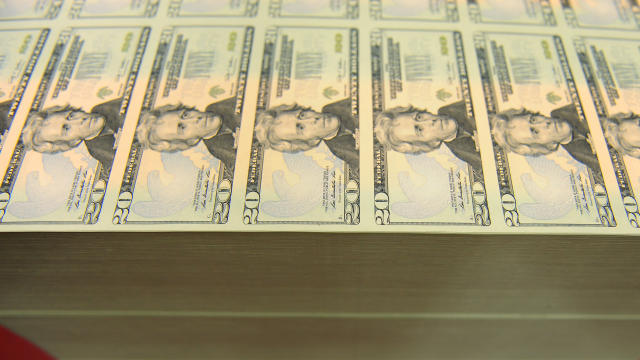 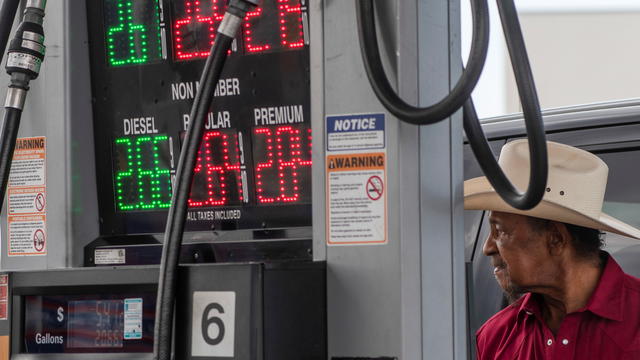