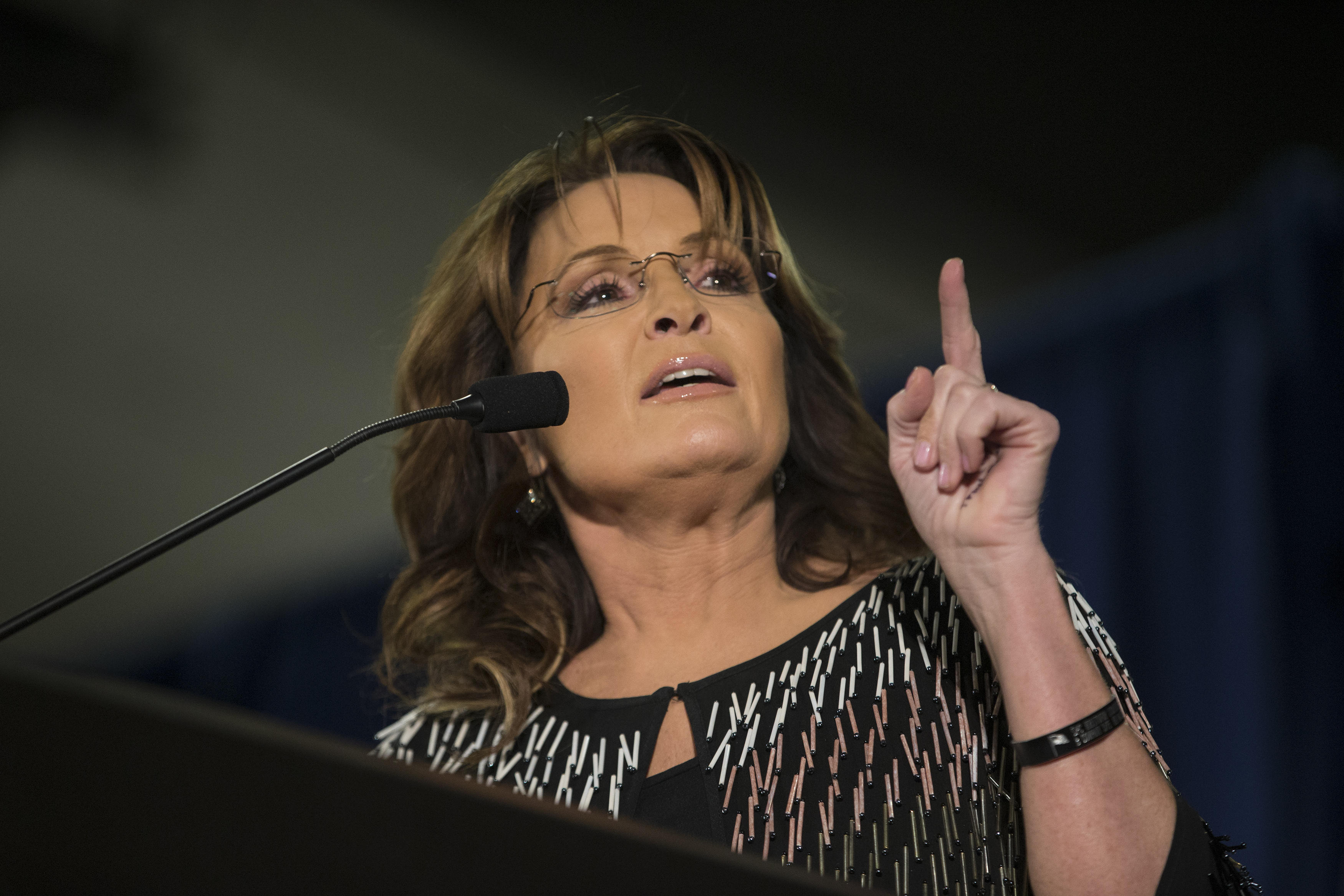 Former Alaska Gov. Sarah Palin says she was "duped" by Sacha Baron Cohen, but she's not laughing about the comedian's "sick 'humor.'" In a fiery Facebook post, Palin revealed that she participated in an interview with Cohen for his new Showtime series, "Who is America?"

She wrote, "Yup - we were duped. Ya' got me, Sacha. Feel better now? I join a long list of American public personalities who have fallen victim to the evil, exploitive, sick 'humor' of the British 'comedian' Sacha Baron Cohen, enabled and sponsored by CBS/Showtime."

Palin said that Cohen's team tricked her by calling the interview an opportunity to honor American Veterans for a "legit Showtime historical documentary." She said that a person she believes to be Cohen was "heavily disguised" as a disabled U.S. veteran with a fake wheelchair.

She continued, "Out of respect for what I was led to believe would be a thoughtful discussion with someone who had served in uniform, I sat through a long 'interview' full of Hollywoodism's disrespect and sarcasm - but finally had enough and literally, physically removed my mic and walked out, much to Cohen's chagrin. The disrespect of our US military and middle-class Americans via Cohen's foreign commentaries under the guise of interview questions was perverse."

Palin challenged Cohen (who she called "Sacha boy"), Showtime and CBS, which owns Showtime, to air the footage and donate all the proceeds to an organization that supports veterans.

"Mock politicians and innocent public personalities all you want, if that lets you sleep at night, but HOW DARE YOU mock those who have fought and served our country," she continued. "Truly sick."

Palin also claimed that Cohen's team intentionally dropped her and her daughter off at the wrong airport after the interview in order to make them miss their flights home to Alaska.

"Feel good and manly about your M.O., Sacha?" she wrote. "By the way, my daughter thinks you're a piece of ****, Sacha. Every honorable American Vet should feel the same."