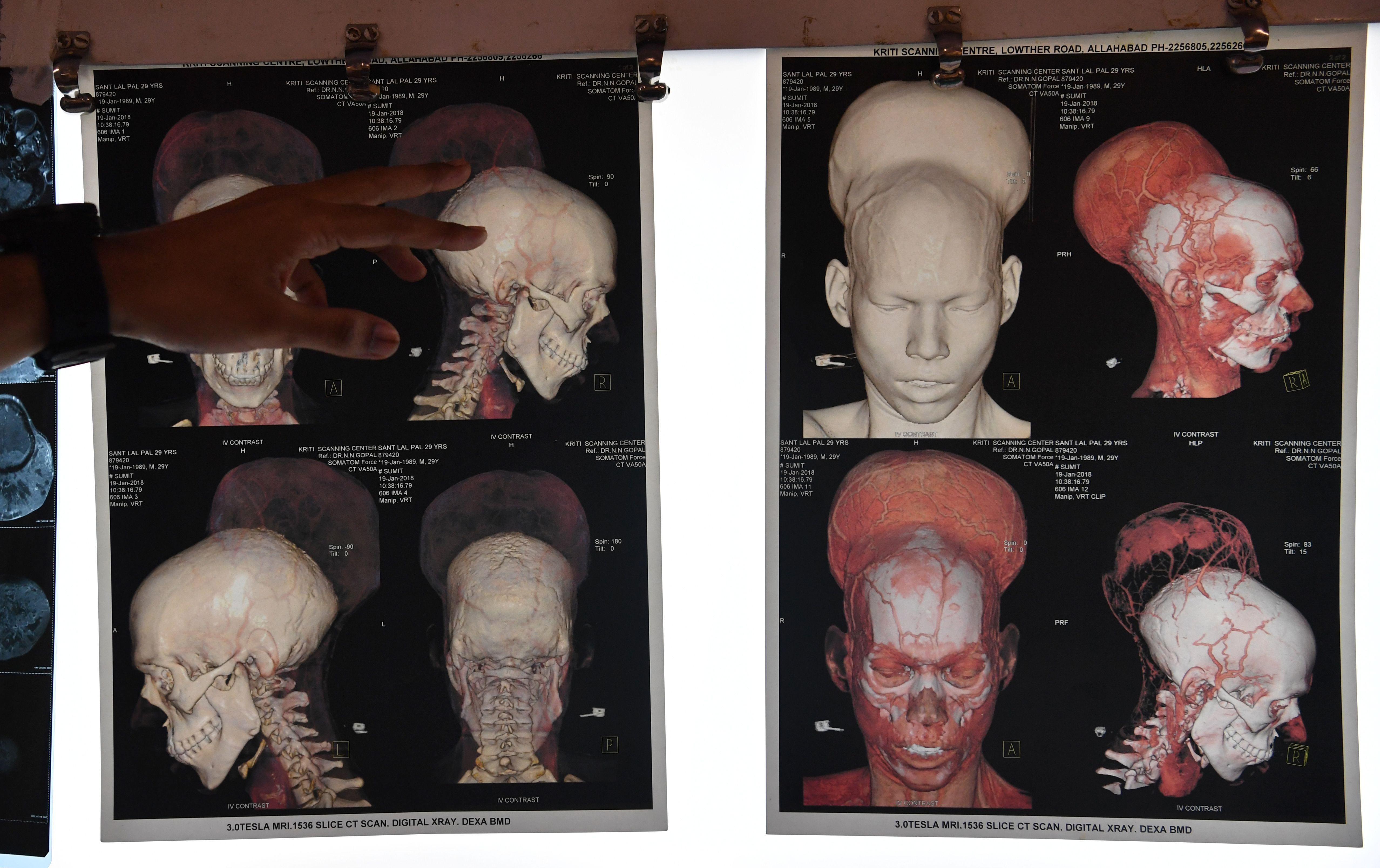 Doctors in India recently operated on what they say could be the largest brain tumor in the world, according to news reports. The patient, 31-year-old Santlal Pal, had been living with the large mass on his head for three years before his surgery to remove the tumor, the BBC reported Thursday.

Prior to the surgery, three hospitals had told Pal that the tumor was inoperable, his wife, Manju, told the BBC.

The tumor weighed nearly four pounds — "much bigger than [Pal's] own head," Dr. Trimurti Nadkarni, a neurosurgeon at Nair Hospital in Mumbai, India, who performed the 6-hour operation, told The Hindu newspaper.

"We have checked all the available medical texts," Nadkarni said. "We have not found any tumor as big as this."

He told The Hindu that he removed a three pound brain tumor from another patient in 2002.

The doctors said that they hope Pal will regain his vision.

During the operation, the doctors "had to cut open the scalp and remove the tumor. The part of the tumor within the skull was removed by making an opening in the skull," Nadkarni said.

Pal is currently recovering in the intensive care unit and is in stable condition, according to The Hindu.

It's unclear from news reports what type of brain tumor Pal had.

Live Science has reached out to Nair Hospital for more information.