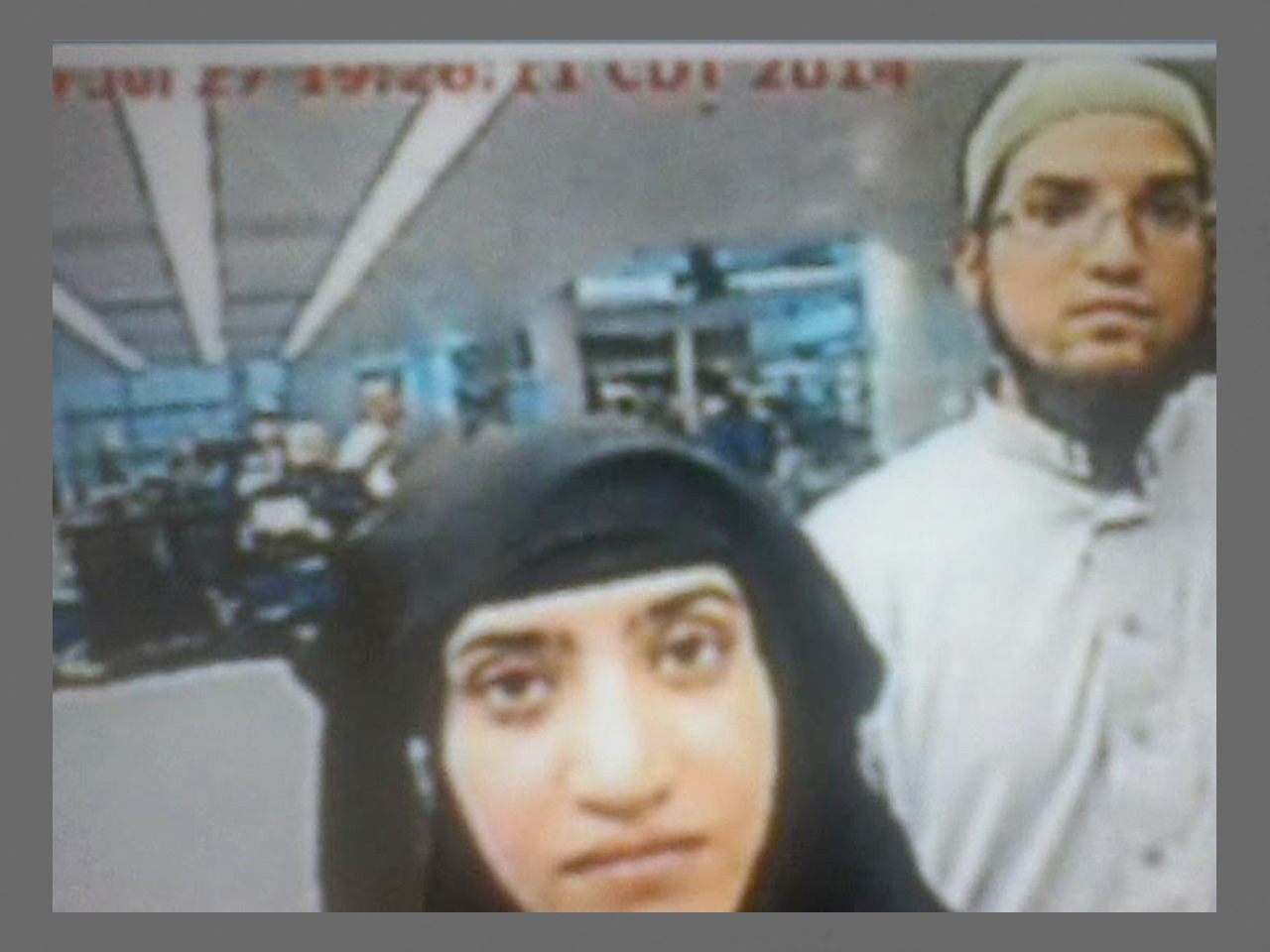 WASHINGTON -- Immigration records show San Bernardino shooter Syed Rizwan Farook said he planned a pilgrimage to Saudi Arabia in 2013 with his parents and had arranged for his family to meet the relatives of his intended Pakistani bride.

A letter released Tuesday by the House Judiciary Committee that was submitted by Farook to support his application for a fiancée visa for Tashfeen Malik says a meeting of the families was planned for October 2013 in Saudi Arabia.

He says the couple met through a website and got engaged during a trip to Mecca.

Lawmakers are investigating the issuance of Malik's visa. In the letter, House Judiciary Committee chair Bob Goodlatte (R-Virginia) said Malik's immigration files "do not show sufficient evidence" Farook and Malik met in person, a requirement to obtain a K-1 visa from U.S. Citizenship and Immigration Services.

"What is worse, the immigration official reviewing Malik's application requested more evidence to ensure the two met in person but it was never provided and her visa was approved anyway," Goodlatte wrote.

Among the evidence the couple submitted for the visa application were copies of pages from their passports, showing visas to enter Saudi Arabia and stamps in Arabic.

"Even if Farook and Malik were in Saudi Arabia at the same time, this does not provide evidence that they met in person," Goodlatte wrote.

"Additionally, Malik's Saudi Arabian visa was good for only 60 days, so this would cast doubt on the claim that the two were in Saudi Arabia at the same time. And even if Farook and Malik met in Saudi Arabia, there is insufficient evidence in the file for USCIS to have made that determination," he wrote.

Authorities say Farook and Malik opened fire and killed 14 people on Dec. 2 at a luncheon attended by his colleagues in the San Bernardino public health department. The couple died in a shootout with police.