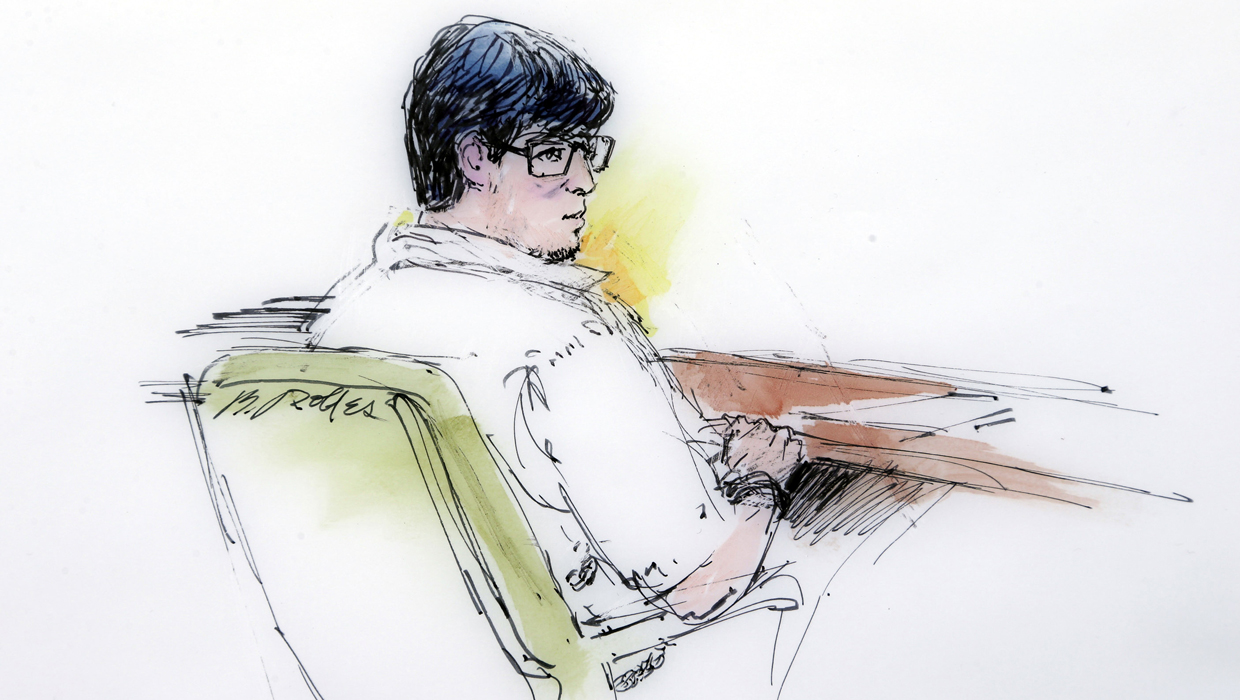 RIVERSIDE, Calif. -- The man who authorities say bought the assault rifles his friend used in the San Bernardino massacre was ordered held without bail by a federal magistrate Monday, reports CBS Los Angeles.

Enrique Marquez, 24, is charged with conspiring to provide material support to terrorists for abandoned plots in 2011 and 2012. U.S. Magistrate Judge David Bristow ruled that Marquez poses a continuing danger to the community.

Marquez is also charged with illegally buying the rifles the shooters -- including his friend Syed Farook -- used in the attack, and visa fraud stemming from his marriage to a Russian woman that prosecutors say was a sham. He faces up to 35 years in prison if convicted of all the charges.

Bristow ordered him held without bail until a Jan. 4 hearing, the station reports.

"The defendant actively conspired with the decedent Mr. Farook for purposes of participating in a terrorist act in this nation," Bristow said, adding that Marquez got two weapons under false pretenses and obtained smokeless powder that Farook used to create improvised explosive devices.

"The grave threat presented to the community by that conspiracy was demonstrated on Dec. 2 when Mr. Farook and his wife committed a terrorist act on the Inland Regional Center. ... He continues to present that danger to the community," Bristow said.

Before the hearing, which was slightly delayed, Marquez shuffled into court -- about 10 miles from the site of the Dec. 2 attack -- with his ankles and hands cuffed. He had a slight smile and at times whispered and nodded with his attorneys. At other times, he appeared bored, swiveling his chair from side to side and looking at the ceiling. A U.S. marshal sat close behind him.

Prosecutors had earlier asked that Marquez remain held for the community's safety and because they fear he would flee if released. But the magistrate found that Marquez didn't pose a flight risk because he has spent his life in Southern California, has no criminal history and his family was willing to put up $100,000 in equity on their home for bail.

Marquez has not yet entered a plea, Reuters reported.

Marquez's court-appointed attorney has declined to comment. Marquez's mother has called him a good person who was nothing more than friends with the man who carried out the massacre with his wife.

The terrorism-related charge stems from plans prosecutors say Marquez had with Syed Farook to use pipe bombs and guns to kill innocent people at the college they attended and on people stuck in rush-hour traffic on a California freeway, according to court documents. The plots fizzled, and they never acted.

In his initial court appearance Thursday, Marquez looked disheveled. His hair flopped over his forehead, there was stubble on his face, and the pockets of his black pants were turned out. He appeared calm and showed no emotion as he gave one-word answers to the judge.

Farook and Malik were later killed in a shootout with law enforcement.