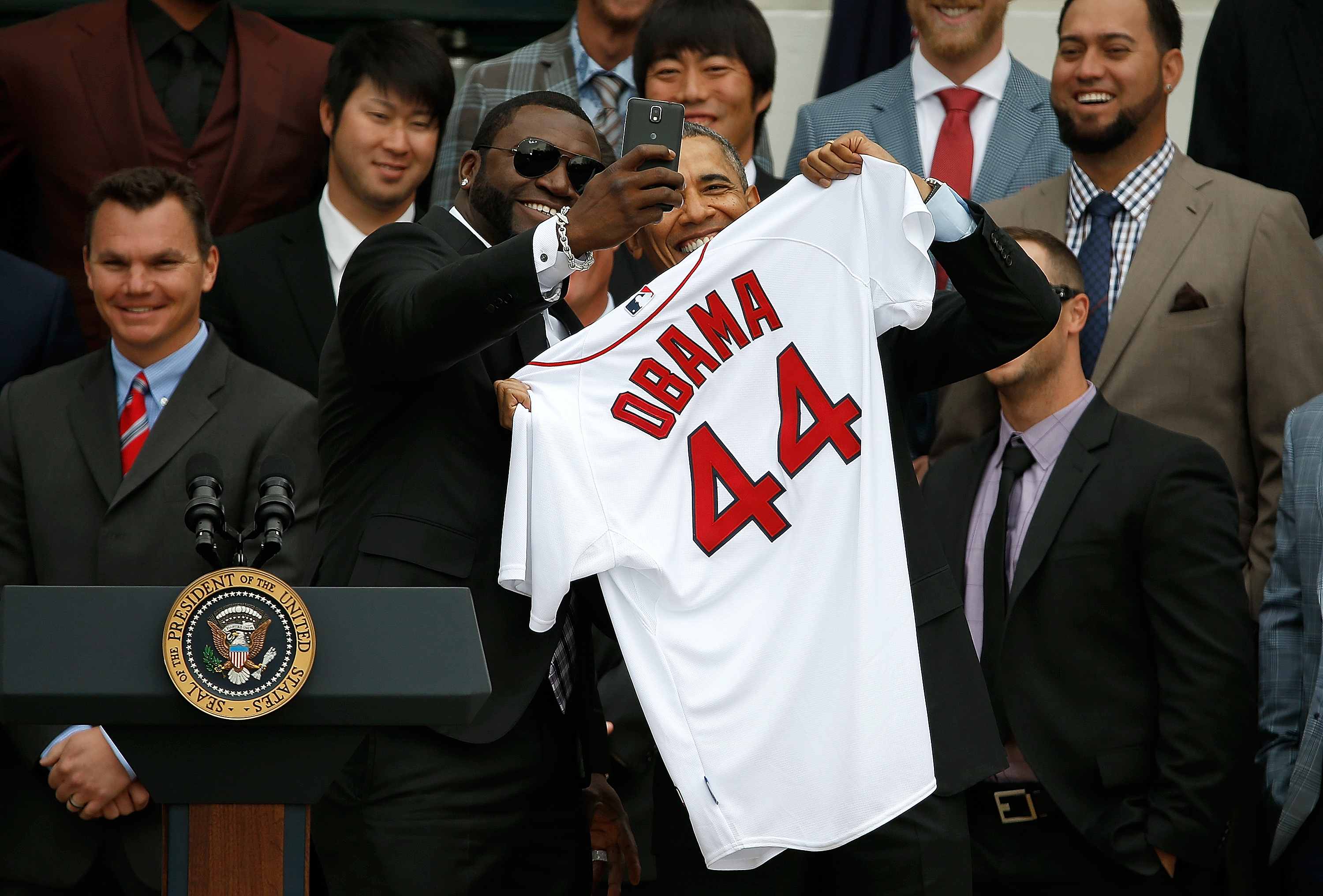 Another celebrity selfie tied to Samsung is making a splash on social media, but this time the company is suffering a backlash it never expected.

Samsung got lots of attention after the the star-studded selfie from Oscars host Ellen Degeneres became the most retweeeted tweet ever. The company was excited to continue the momentum when it heard slugger David Ortiz was headed to the White House to meet President Obama.
Samsung prepped Ortiz and the team on how to snap photos and share them, and sure enough Ortiz asked Obama if he could take a photo of the two on his phone. "He wants to do a selfie. It's the Big Papi selfie," Obama joked, according to ESPN. So selfie was shot and tweeted by Ortiz.
But when Samsung retweeted the image, a controversy started to grow. Did Samsung cross the line? Did Ortiz line up that photo because of his endorsement deal with the company?
The criticism poured in. "Duping the President of the United States into participating with your social media campaign has to be a new low for advertising," wrote Businessweek's Joshua Green. "It's flat-out shady. And Ortiz should be embarrassed."
Ortiz and Degeneres have killed the spontaneity of the selfie, writes Marc Weinreich in Sports Illustrated. "At the very least it should make us cognizant of the fact that many of these supposedly candid moments are in fact carefully calculated, paid advertisements sponsored by cell phone carriers."
The Obama administration wasn't pleased either. "As a rule the White House objects to attempts to use the president's likeness for commercial purposes," spokesman Jay Carney told The Wall Street Journal. "And we certainly object in this case."
Twitter users were outraged. "After the @Samsung selfie deception with Obama and the Oscar selfie, I will never buy a Samsung product," wrote one user. "Reminder: Nothing is real, everything is a lie, life is only a succession of hoaxes and promotional stunts," wrote Mark Berman of The Washington Post.
Was anyone out there defending Samsung and Ortiz? Well, yes: Samsung and Ortiz. Samsung said it "didn't know if or what he would be able to capture using his Note 3 device."
Ortiz described the photo as a once-in-a-lifetime moment. "It wasn't anything promotional or anything like that," Ortiz told USA Today. "I mean, who knows that you're going to get a picture with the president, a selfie? You can't guarantee that."