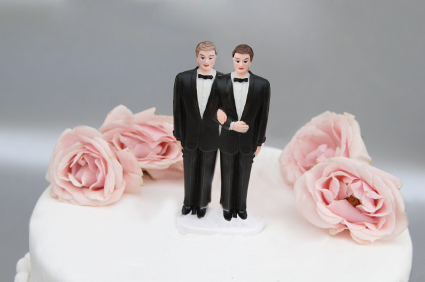 (CBS) Legalized same-sex marriage may provide couples with more than just legal benefits. A new study suggests gay men who get married may be healthier than unmarried gay men.

PICTURES: OK to be gay? Regional acceptance of same-sex relations

For the study, published in the Dec. 15 issue of the American Journal of Public Health, researchers compared health records on 1,211 gay patients at a community health clinic in Massachusetts in the years before and after same-sex marriage was legalized in 2003.

What did the researchers find? In the year after same-sex marriage was legalized, gay and bisexual men who got married were significantly less likely to visit the clinic for medical and mental health care. Married men saw reductions in their hypertension, depression, and frequency of stress-related disorders called adjustment disorders, health records showed. These reductions contributed to a 13 percent drop in health care visits in the year following legalization of same-sex marriage. Lesbians were not included in the study because not many visited the clinic.

Earlier studies have shown that laws preventing lesbian, gay, and bisexual individuals from marriage may have a stressful impact on those populations. Hatzenbuehler says his study adds to the growing evidence that legalized same-sex marriages can reduce stress for gay couples.

"Marriage equality may produce broad public health benefits by reducing the occurrence of stress-related health conditions in gay and bisexual men,"study author Dr. Mark K. Hatzenbuehler, a researcher at Columbia University's Mailman School of Public Health, said in a written statement. "This research makes important contributions to a growing body of evidence on the social, economic, and health benefits of marriage equality."