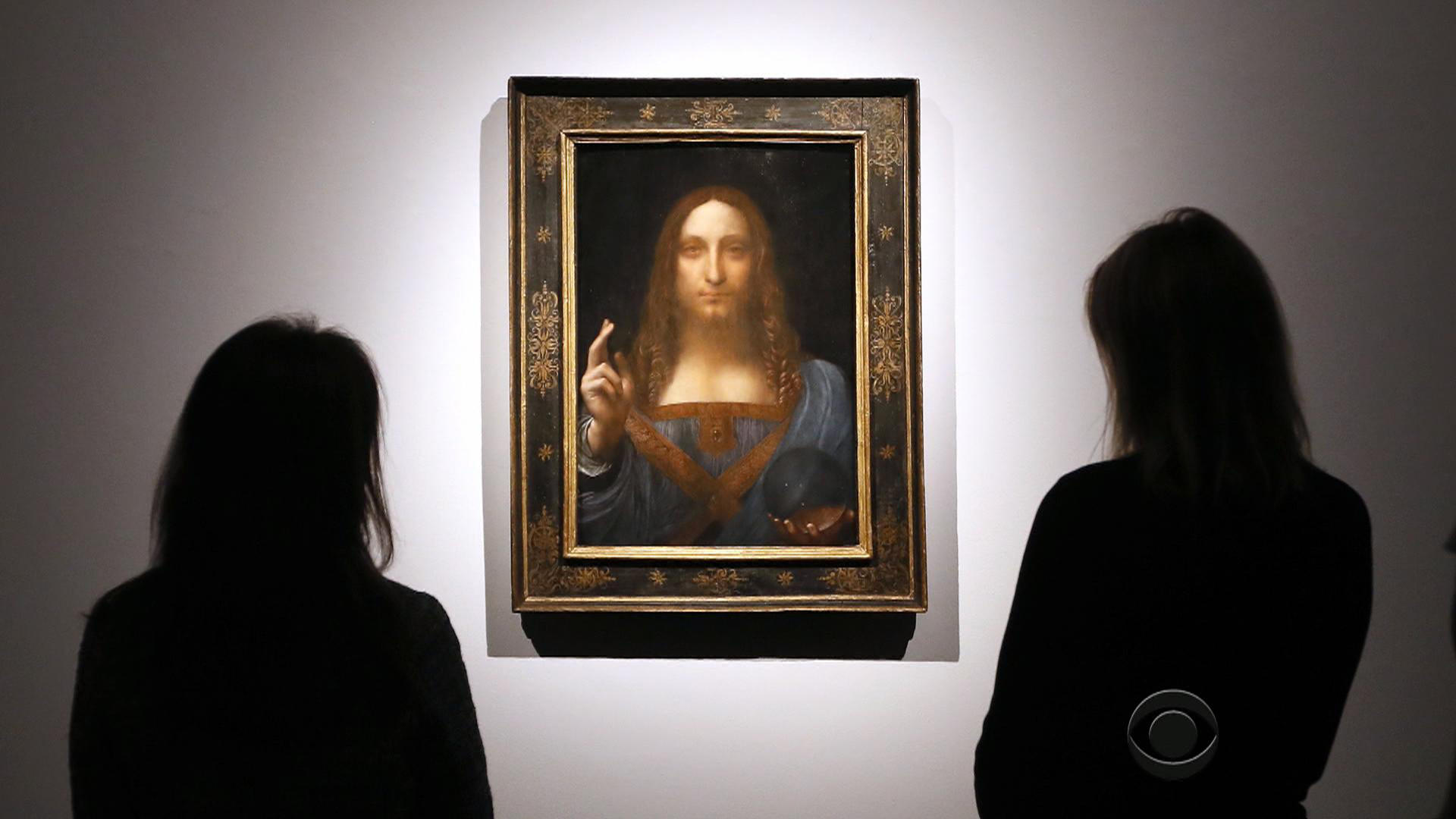 NEW YORK -- A 500-year-old da Vinci painting once belonged to a king who died on the chopping block.

On Wednesday, it fetched a king's ransom -- on the auction block. It sold for $450 million late Wednesday -- which included the buyer's premium that is paid to the auction house -- in a bidding war that spanned nearly 20 minutes. The price hit $300 million about midway through the auction.

Christie's tweeted that it set a world auction record for any work of art sold at auction. Officials didn't immediately identify the buyer. Audible cheers and applause could be heard inside the Christie's auction house in New York when bidding completed.

"'Salvator Mundi' is a painting of the most iconic figure in the world by the most important artist of all time," said Loic Gouzer, co-chairman of post-war and contemporary art at Christie's. "The opportunity to bring this masterpiece to the market is an honor that comes around once in a lifetime."

Six years ago, art collector Robert Simon made a discovery that would rock the art world. He bought and restored what he thought was a merely a copy of Renaissance master Leonardo da Vinci's long lost work, the "Salvator Mundi" (Italian for "Savior of the World"). He got it at a bargain, for $10,000.

"My hope was that this could be an interesting version or copy by a student of Leonardo ...," Simon told CBS News, "... not by the master himself."

But turns out, it was a bona fide da Vinci -- one of only 15 the artist had ever created. Wednesday evening at Christie's, it was expected to go for at least $100 million -- but finally went well beyond that as bids poured in.

The painting to have held the record for the most paid ever at auction was $179.4 million for Picasso's "Women of Algiers (Version O)" in May 2015, the Associated Press reports.

AP writes that the highest known sale price for any artwork was $300 million, for Willem de Kooning's "Interchange," which sold privately in September 2015.

Simon was originally skeptical, because of the thick layers of paint covering cracks and chips in the work.

"When I realized what it was, I was frightened," Simon said. "This was such a momentous object … and there was one in my hands. Yeah, it was scary."

Da Vinci painted it in the 1500s, but since then, it's changed hands many times.

Once owned by King Charles I of England, it disappeared in 1763 for over 100 years before resurfacing in London. In 1958, it was auctioned off for about $100, dropping off the grid once again for another 50 years before Simon picked it up in the U.S.

"I view him as the greatest representative of our species," Simon said.

A masterpiece that got lost in the pages of history finally has its renaissance.