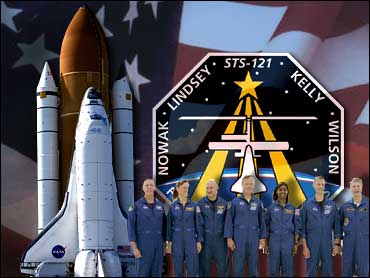 Joe Sakic scored three goals, including the 400th of his career, to lead the Colorado Avalanche to a 4-2 victory over the Phoenix Coyotes on Thursday night.

The win moved Colorado two points ahead of Edmonton for the Northwest Division lead and sent the slumping Coyotes to their fifth consecutive loss, and eighth in 10 games.

The Coyotes, who were tied with Dallas for the NHL's best record at the All-Star break, would fall to eighth in the Western Conference if they lost at San Jose on Friday night.

Bob Essensa had 19 saves for Phoenix in the battle of backup goalies.

Sakic had two power-play goals early in the first period.

The first extended his season-high scoring streak to 11 games. It came 2:36 into the game and 37 seconds into a four-minute power play after Doan was given a double minor for knocking Martin Skoula to the ice with a high stick.

Forty-six seconds later, Sakic was back in the circle after a dash up ice, and his shot on the fly again found the net through the five-hole. It was the 30-year-old center's 25th of the season and 400th since he entered the NHL in 1988.

Sakic got his ninth career hat trick and the second this month with 9:48 left.

He retrieved the puck at his blue line after Aaron Miller knocked a pass from Keith Tkachuk off Jyrki Lumme's stick. Sakic dashed toward the other end with Tkachuk in pursuit but unable to catch up, and fired high into the net from the top of the circle.

The third goal gave him a franchise-record 1,049 points, one more than Peter Stastny, and 22 points during his season-high 11-game scoring streak.

Letowski scored on a crease-crossing pass from Greg Adams 8:22 into the game, but Forsberg dampened the crowd's spirits again with a double wraparound, circling the net twice before snapping a shot past Essensa.

That gave the Avs a 3-1 lead with 7:26 left in the first, and that's where it stayed until Sakic scored again.

Key Words In The Ransom Note