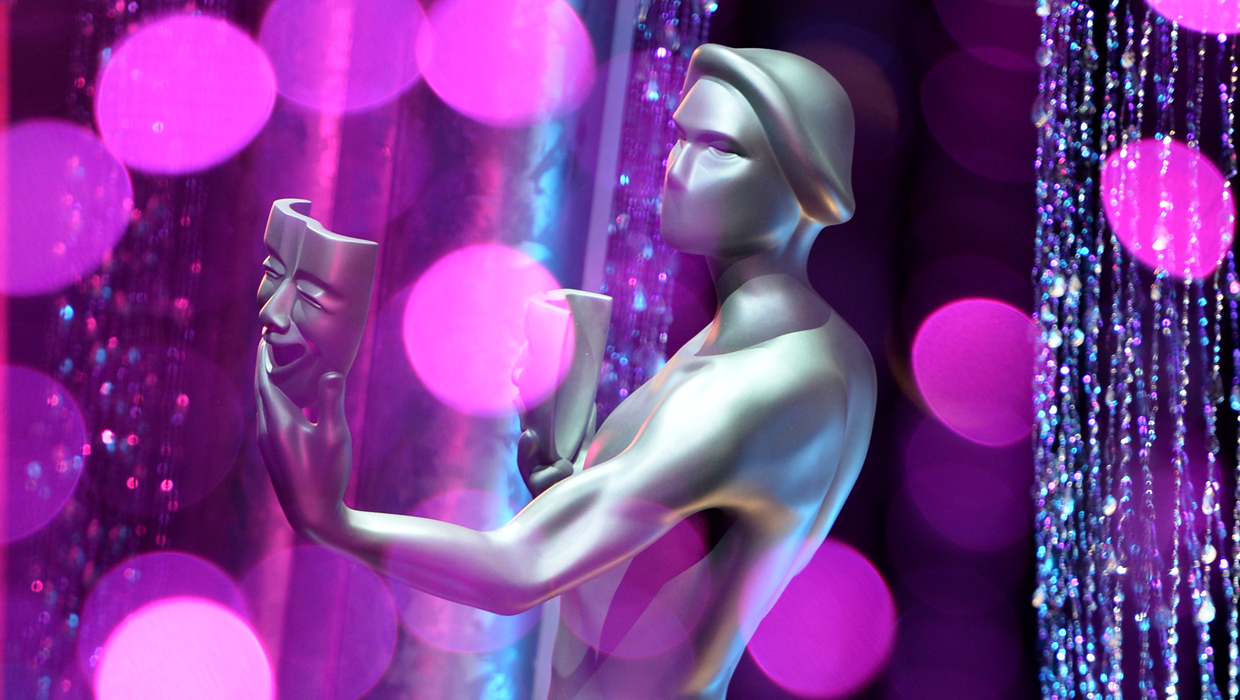 Final preparations are coming together ahead of Saturday's Screen Actors Guild Awards.

The red carpet's been rolled out, seating arrangements are in place and another round of presenters has been added to the night's roster. The names announced Friday include Amy Adams, Bradley Cooper, Benedict Cumberbatch, Tina Fey, John Goodman, Josh Holloway, Pauley Perrette, and Jeremy Renner.

The menu for the nigh's gala, courtesy of award-winning chef Wolfgang Puck, has also been unveiled. Stars at the SAGs will dine on grilled filet mignon with broccoli puree, lemon and croutons; miso glazed wild salmon with spicy orange noodles; melted kale and farro salad with crispy kale chips; and Wolfgang Puck lavosh.

"12 Years a Slave" leads nominees with four, including a nod for the night's top honor, outstanding performance by a cast in a motion picture. Steve McQueen's slavery epic will compete in that category against the casts of "American Hustle," "August: Osage County," "Dallas Buyers Club" and "Lee Daniels' The Butler."

The SAG Awards also has a number of television categories. Nominees for best performance by an ensemble in a drama series went to the casts of "Boardwalk Empire," "Breaking Bad," "Downton Abbey," "Game of Thrones" and "Homeland." Comedy series nominees are the casts of "30 Rock," "Arrested Development," "The Big Bang Theory," "Modern Family" and "Veep."

Actress Rita Moreno will receive the SAG Life Achievement Award at Saturday's ceremony. Morgan Freeman will present the honor to the 82-year-old "West Side Story" actress.

And those looking ahead to the Oscars will want to pay attention to the winners this weekend -- the SAG Awards are often seen as one indicator of who will win at the Academy Awards, because the actors' group makes up a large portion of the Academy’s voters. For example, "Argo" won best ensemble at last year's SAG Awards and went on to win the best picture prize at the Oscars. SAG voters also honored lead actors Daniel Day-Lewis and Jennifer Lawrence and supporting actress Anne Hathaway, who all won those same categories on Oscar night.

The 20th Screen Actors Guild Awards will air live Saturday from the Shrine Auditorium in Los Angeles on TNT and TBS, beginning at 8 p.m. ET.

Check out some behind-the-scenes photos from the SAG preparations below: