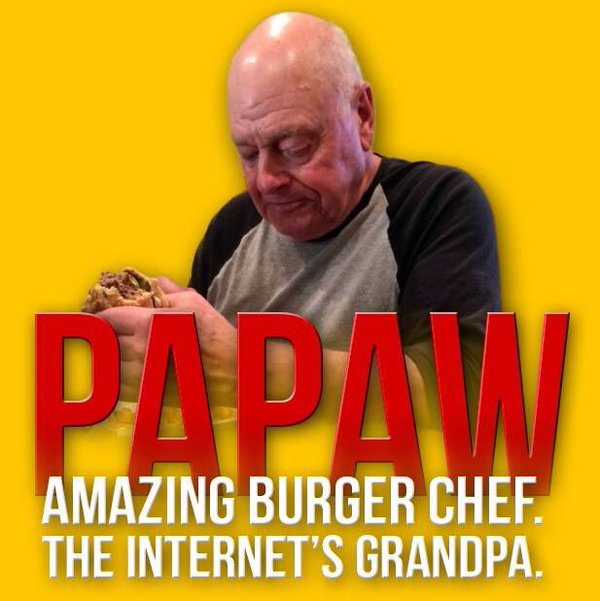 The only grandchild to show up for a burger dinner made by her grandfather -- or as the world now knows, her "Papaw" -- Tweeted a picture of him getting stood up that has gone viral.

The Tweet Kelsey Harmon sent out to shame her cousins ended up garnering her grandpa more sympathetic #friends than he ever could have imagined.

The first person to Tweet back at her, wrote: "Kelsey seriously why would you even tweet that bc now I'm sad."

Her answer? "bc people need to appreciate their family ok I was so sad."

"I know next time I'll come eat burgers with him, @MadiPaigeG23 replied.

It was too much for even some hardened souls to look at. Her public shaming of Papaw was re-Tweeted more than 136,000 times, eliciting guilty responses from the other grandchildren who allegedly failed to show up for dinner, as well as many offers to come eat them with him in their stead. It even became meme fodder.

And it made Papaw lots of new Internet friends.

Harmon's last Tweet indicated she'd even gotten a bit more than she bargained for.

But in the future, her cousins will likely to think twice about standing up their grandfather.