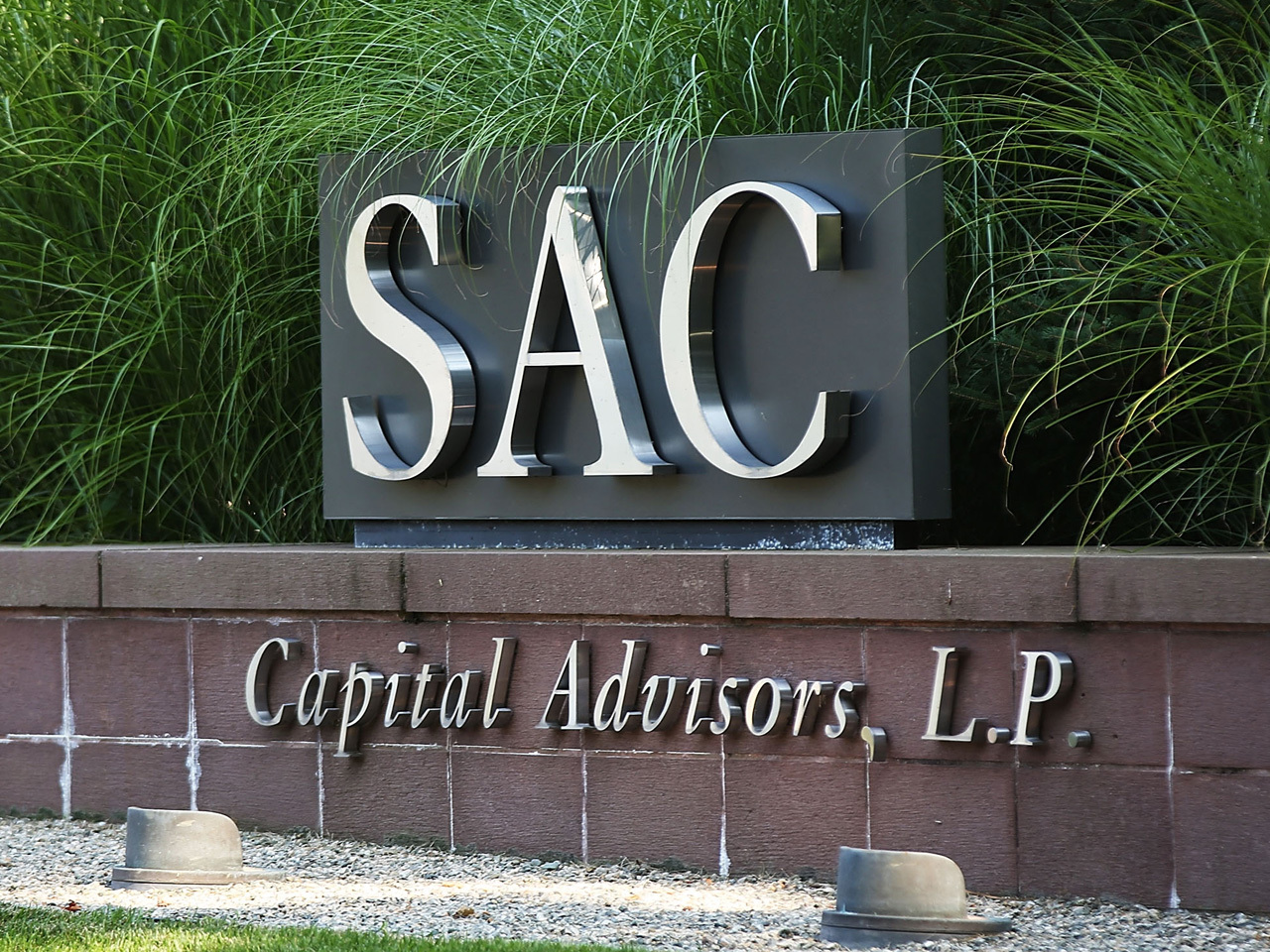 (MoneyWatch) Hedge fund giant SAC Capital Advisors pleaded guilty today to criminal charges of engaging in securities and wire fraud in connection with what federal prosecutors described as a major insider trading scheme. The deal, announced in New York, includes a $1.8 billion fine, the largest ever for this type of case.

"No institution should rest easy in the belief that it is too big to jail," U.S. Attorney Preet Bharara said in statement. "Today, SAC Capital, one of the world's largest and most powerful hedge funds, agreed to plead guilty, shut down its outside investment business and pay the largest fine in history for insider trading offenses. That is the just and appropriate price for the pervasive and unprecedented institutional misconduct that occurred here."

The $1.8 billion fine includes $1.2 billion from this criminal probe as well as more than $600 million SAC already agreed to pay the SEC for charges in a related civil suit.

In July, federal authorities charged SAC Capital, a $15 billion hedge fund run by noted investor Steve Cohen, alleging that the firm engaged in rampant insider trading. In what is a rare criminal action against a Wall Street firm, prosecutors said the firm permitted "systematic" insider trading for more than a decade.

Although the investigation into SAC has been going on for several years, it heated up in recent weeks amid published reports that the FBI was poring over the hedge fund's trading records and seeking to gain cooperation from potential witnesses. Information from those witnesses reportedly led the government to examine the firm's trading in shares of Gymboree, a children's clothing and music chain.

Prosecutors called the fraud "the predictable and foreseeable result of multiple institutional failures. The failures alleged included hiring practices heavily focused on recruiting employees with networks of public company insiders, the failure of SAC management to question employees about trades that appeared to be based on Inside Information, and ineffective compliance measures that failed to prevent or detect such trading, particularly prior to late 2009."

The agreement will not end Cohen's legal problems. He is said to be still negotiating terms of a separate civil lawsuit filed by the SEC that would ban him from the securities industry for allegedly ignoring signs of insider trading at his firm.

SAC has long been one of Wall Street's most profitable hedge funds on Wall Street, with more than 25 percent returns over two decades. About half of the $15 billion the firm had under management in January is believed to belong to Cohen and his family. Once the charges against the company became public earlier this year, major clients left the company. Blackstone Asset Management and Citigroup Private Bank both removed their funds from SAC in the first quarter of the year. Because it can no longer manage money for third parties, SAC is expected to transform into a business focusing on investing the Cohen family fortune.

The SAC case is the second recent successful prosecution of an insider trading case by the Manhattan U.S. Attorney's office. In 2011, Raj Rajaratnam, former head of the Galleon Group hedge fund, was sentenced to 11 years in prison and fined $150 million after being convicted of insider trading.