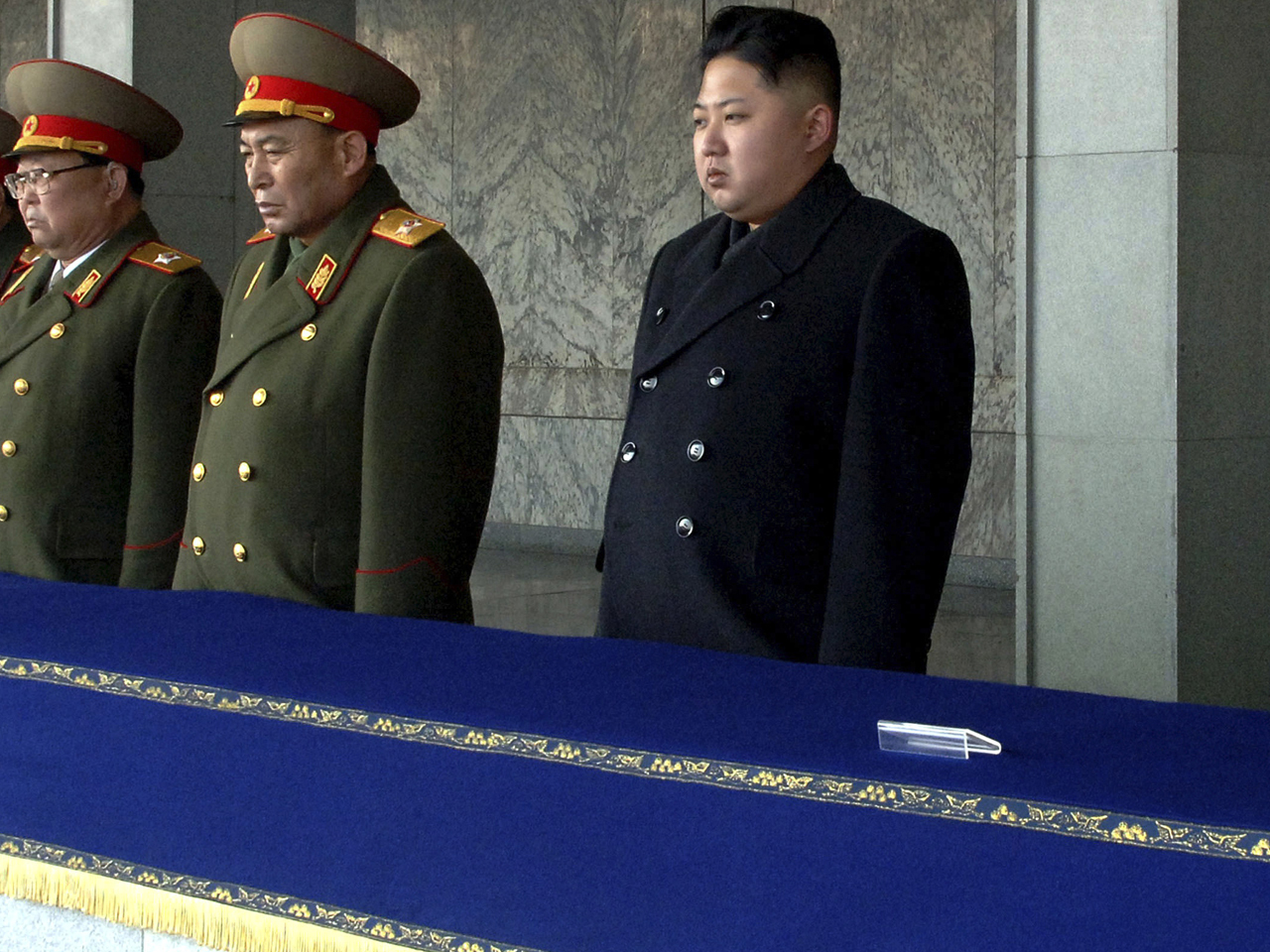 SEOUL, South Korea - South Korea's president urged North Korea on Monday to embrace a "new era" by using its recent leadership hand-over as an opportunity to transform Korean ties, but warned that Seoul would respond sternly to any provocations.

Lee Myung-bak's comments in a nationally televised speech come as the young son of Kim Jong Il takes power in North Korea as supreme commander of the military and ruling party leader after Kim's death last month. The North said Sunday that its citizens should turn themselves into "human shields" to defend the son, Kim Jong Un, "unto death."

Lee said Kim Jong Il's death is "portending a sea change" for the Korean peninsula. "If North Korea comes forward with a sincere attitude, it will be possible for us to work together to open a new era," he added.

North Korea said last week that it would never deal with Lee, but Kim Jong Un's rise could offer a chance to improve ties that have suffered since Lee took office in 2008 and ended a no-strings-attached aid policy toward the North.

The young Kim had a brief meeting in Pyongyang late last month with a former South Korean first lady and a business leader who were leading private mourning delegations to pay respects to Kim Jong Il.

Lee said the Korean peninsula is at a turning point and "new opportunities always emerge amid such changes."

However, he also warned that South Korea would sternly respond to any North Korean provocation. In 2010, 50 South Koreans died in attacks blamed on the North, though the Koreas have met in recent months for preliminary nuclear discussions.

North Korea, which has tested two atomic devices since 2006, has said it wants to return to long-stalled six-nation talks on halting its nuclear weapons program in return for aid. Washington and Seoul, however, have insisted that the North first show progress on past disarmament commitments.

If North Korea halts its nuclear activities, Lee said in his speech, negotiations could resume.

"We are ready to resolve security concerns on the Korean peninsula and provide assistance to revive North Korea's economy through agreements in the six-nation talks," Lee said.

Meanwhile, North Korea's propaganda efforts to build up Kim Jong Un continued Monday, with state TV showing him dressed in a dark overcoat and laughing with officers as soldiers applauded during a field inspection. State TV also played a song widely associated with Kim Jong Un — "Footsteps," a reference to his role in carrying out his family's legacy.

North Korea's New Year's message Sunday didn't include the country's routine harsh criticism of the United States and avoided the country's nuclear ambitions, a sign the North may be willing to continue talks with Washington to win food aid.

North Korea repeated a call in the message for implementing past agreements for the Koreas to cooperate on potentially lucrative projects.

Although North Korea has left open the possibility of better ties with the South, it hasn't tempered its antagonism toward Lee. On Monday, it accused Lee of plotting to shake up the North by temporarily placing his troops on high alert after Kim Jong Il's death. The North's main Rodong Sinmun newspaper said in a commentary that Lee must "kneel down and apologize" for his acts.

The Korean peninsula remains technically in a state of conflict because the 1950-53 Korean War ended in a truce, not a peace treaty.

This year is a crucial one for North Korea as it tries to build a "great, prosperous and powerful nation" befitting the April 2012 centenary of the birth of national founder Kim Il Sung, the new leader's grandfather.