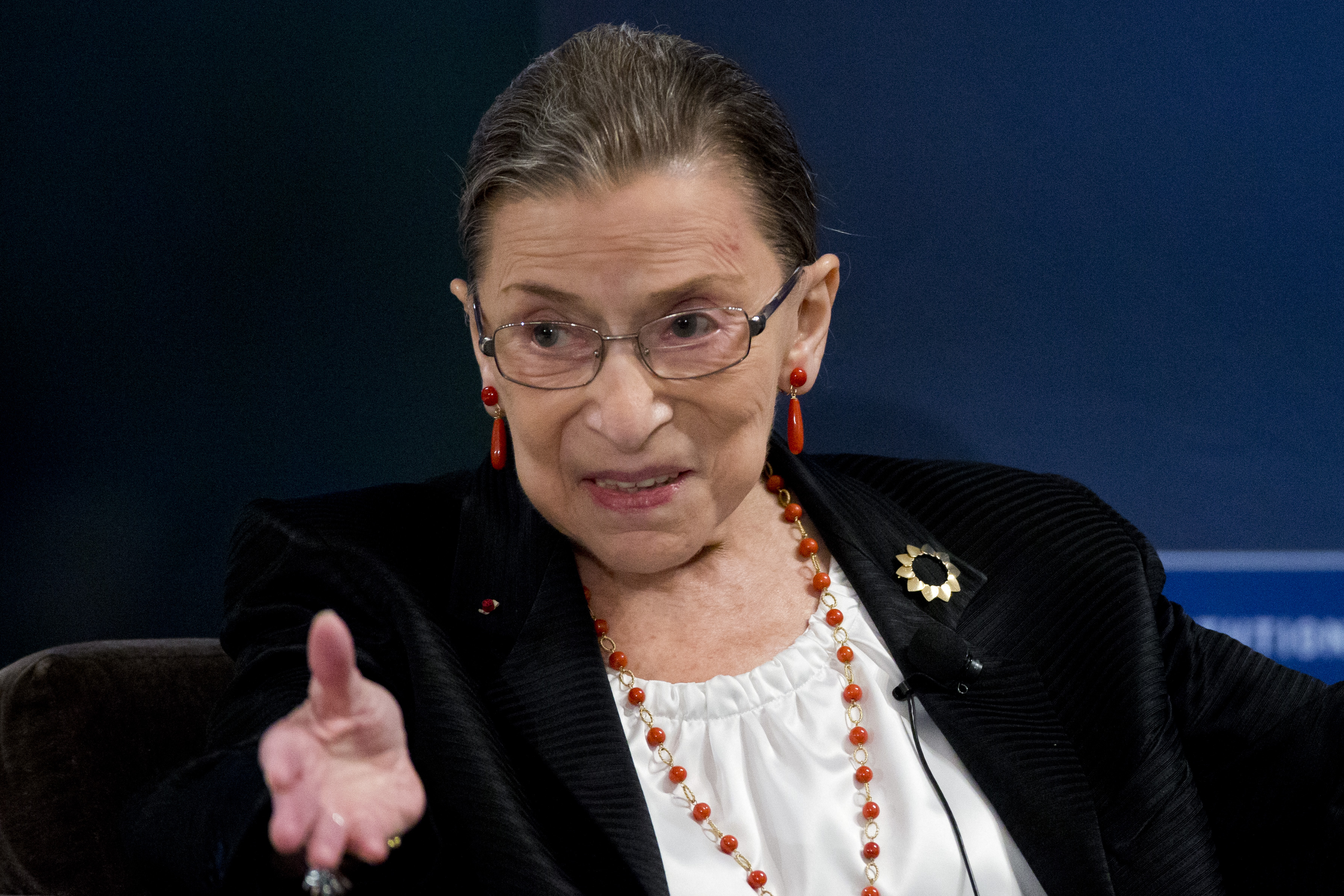 Supreme Court Justice Ruth Bader Ginsburg fears a Donald Trump presidency, but what she's really afraid of is the lasting impact he could have on the Supreme Court.

"I can't imagine what this place would be -- I can't imagine what the country would be -- with Donald Trump as our president," she told the New York Times in an interview published Sunday. "For the country, it could be four years. For the court, it could be -- I don't even want to contemplate that." As her late husband used to say, "'Now it's time for us to move to New Zealand,'" she told the Times.

Her overall sentiment echoed her interview with the Associated Press Thursday, in which the 83-year-old justice similarly said, "I don't want to think about that possibility, but if it should be, then everything is up for grabs."

In the Times interview, Ginsburg also chastised the Republican-led Senate for not acting on the nomination of Judge Merrick Garland, a moderate, to fill the vacancy left by the death of Justice Antonin Scalia in February.

"That's their job," she said. "There's nothing in the Constitution that says the president stops being president in his last year."

And Garland, she feels, is a strong candidate, too.

"I think he is about as well qualified as any nominee to this court," she said. "Super bright and very nice, very easy to deal with. And super prepared. He would be a great colleague."

And besides that, putting Garland on the court, she predicted, would mean "that I'll be among five more often than among four."

The Times also asked her if there's a case she'd like to see overturned before she retires -- not that she's planning to retire any time soon.

"It won't happen," Ginsburg said, "It would be an impossible dream. But I'd love to see Citizens United overruled."