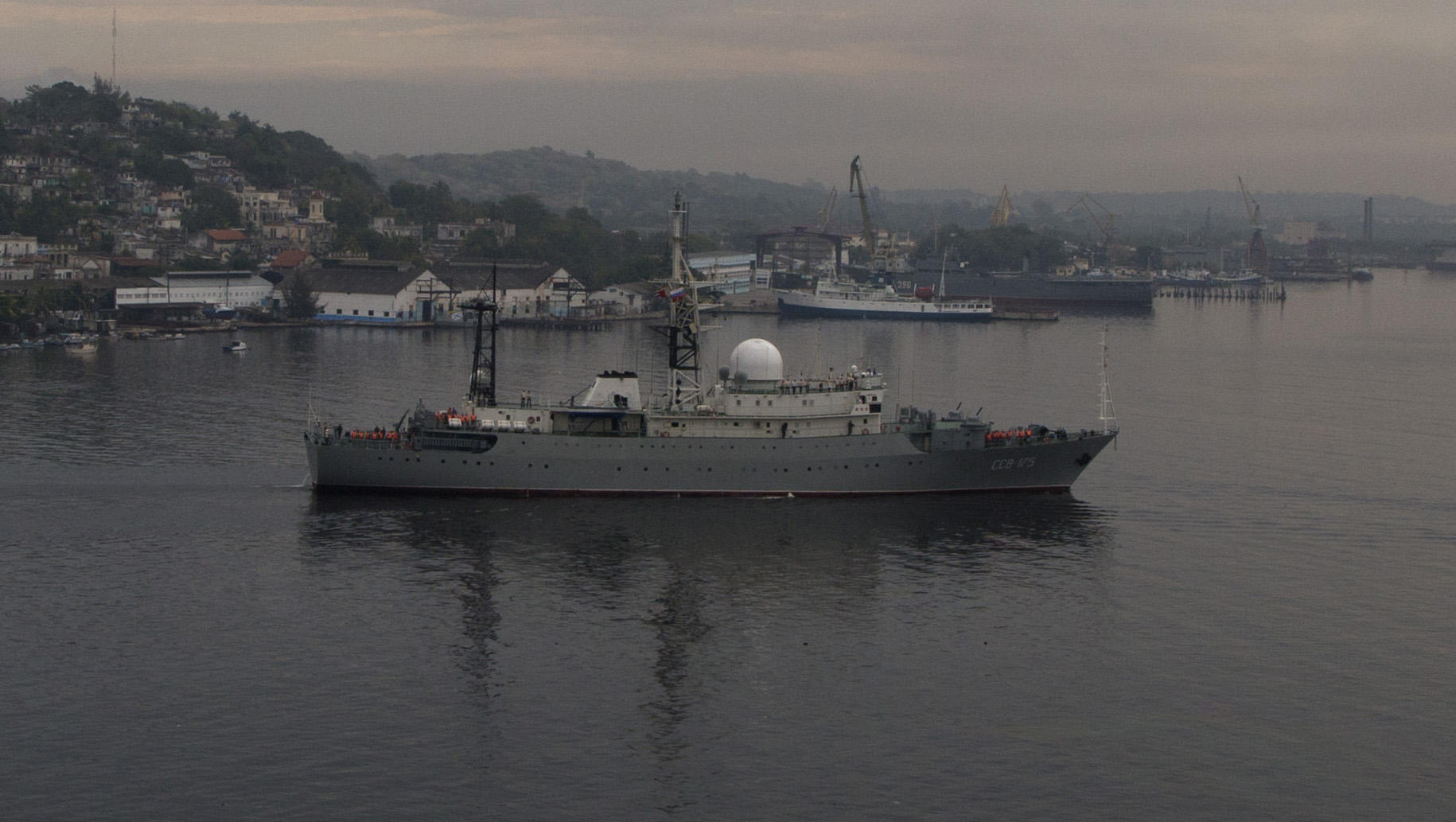 Members of Congress are sounding the alarm about a Russian spy ship sailing off the Connecticut coast. They believe the vessel, the Viktor Leonov, may be collecting information on Naval Submarine Base New London, the Navy’s main submarine facility on the East Coast, the home port of 15 nuclear subs.

According to CBS News correspondent David Martin, the Russian vessel is 75 miles northeast of Norfolk, Virginia, mostly staying 30 miles off the coast. While officials say the boat doesn’t pose any real threat to residents nearby, it does appear to be part of a recent pattern of Russian provocations.

At about 300 feet long, the Viktor Leonov was built for spying, reports CBS News correspondent Don Dahler. The ship’s sophisticated surveillance equipment can intercept radar, radio and other electronic signals.

A member of the Armed Services Committee, Connecticut Sen. Richard Blumenthal said the ship’s proximity to the coast is concerning.

“It is collecting information, apparently, because it wants to spy on our military,” Blumenthal said.

The vessel set sail from Cuba and was spotted Tuesday about 70 miles off Delaware. U.S. territorial waters extend just 12 miles from the mainland. On Wednesday, the Viktor Leonov was said to be within 30 miles of Naval Submarine Base New London.

Its route would have taken it past several major Navy installations, but Michael Petersen, director of the Russian Maritime Studies Institute, doubts the ship picked up a lot of sensitive information.

“When we know that that vessel is in range, it’s highly unlikely that we’re using radio or radar waves or any other kind of electronic emissions that this vessel is capable of picking up,” Petersen said.

Russian ships routinely conduct spy missions near U.S. waters. The Viktor Leonov has traveled up the Atlantic Coast before in 2014 and 2015. It was also docked in Havana in 2015 when the first high level U.S. delegation made its historic trip to Cuba.

It’s the latest in an alarming string of incidents involving Russian military. Last week, a group of Russian jets buzzed a U.S. destroyer in the Black Sea and the U.S. accused Russia of secretly deploying cruise missiles capable of carrying a nuclear warhead in violation of a major arms control treaty.

“This Russian spy ship may be just part of a testing of a new administration which has been all too cozy with Vladimir Putin’s regime in Russia,” Blumenthal said.

The Pentagon said it’s keeping a close eye on the Viktor Leonov, but there’s not much more it can do because the vessel hasn’t ventured into U.S. waters or violated international laws. The U.S. also doesn’t have any spy ships like it, relying instead on planes and satellites for its electronic surveillance.