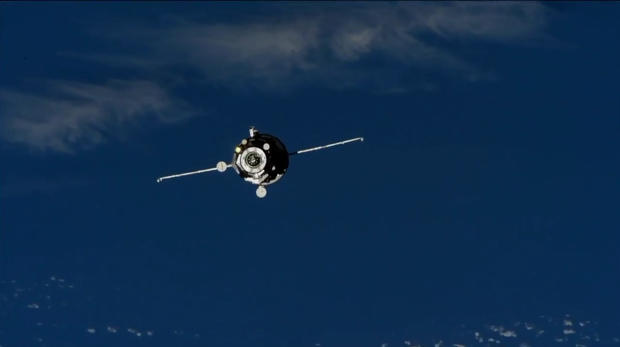 A Russian Progress cargo ship loaded with 2.8 tons of supplies and equipment caught up with the International Space Station Sunday, gliding in for an automated docking to wrap up a two-day rendezvous.

Launched Friday from the Baikonur Cosmodrome in Kazakhstan, the Progress MS-10/71P spacecraft docked at the aft port of the Russian Zvezda service module at 2:28 p.m. EST (GMT-5) as the two spacecraft sailed 250 miles above Algeria.

On board: 1,653 pounds of propellant for space station orbital adjustments, 165 pounds of pure oxygen and air, 970 pounds of water and 2,866 pounds of spare parts and equipment.

The Progress supply run was the first of two in as many days for the station crew. On Saturday, Northrop Grumman launched a Cygnus supply ship from the Mid-Atlantic Regional Spaceport, or MARS, on Virginia's eastern shore.

If all goes well, the automated spacecraft will reach the station around 5:20 a.m. Monday, bringing 2,255 pounds of science gear, 64 pounds of spacewalk equipment, 2,183 pounds of space station hardware, 253 pounds of computer gear and 2,605 pounds of crew supplies, including fresh fruit and ice cream.

They are scheduled for launch from Baikonur aboard the Soyuz MS-11/57S spacecraft on Dec. 3.