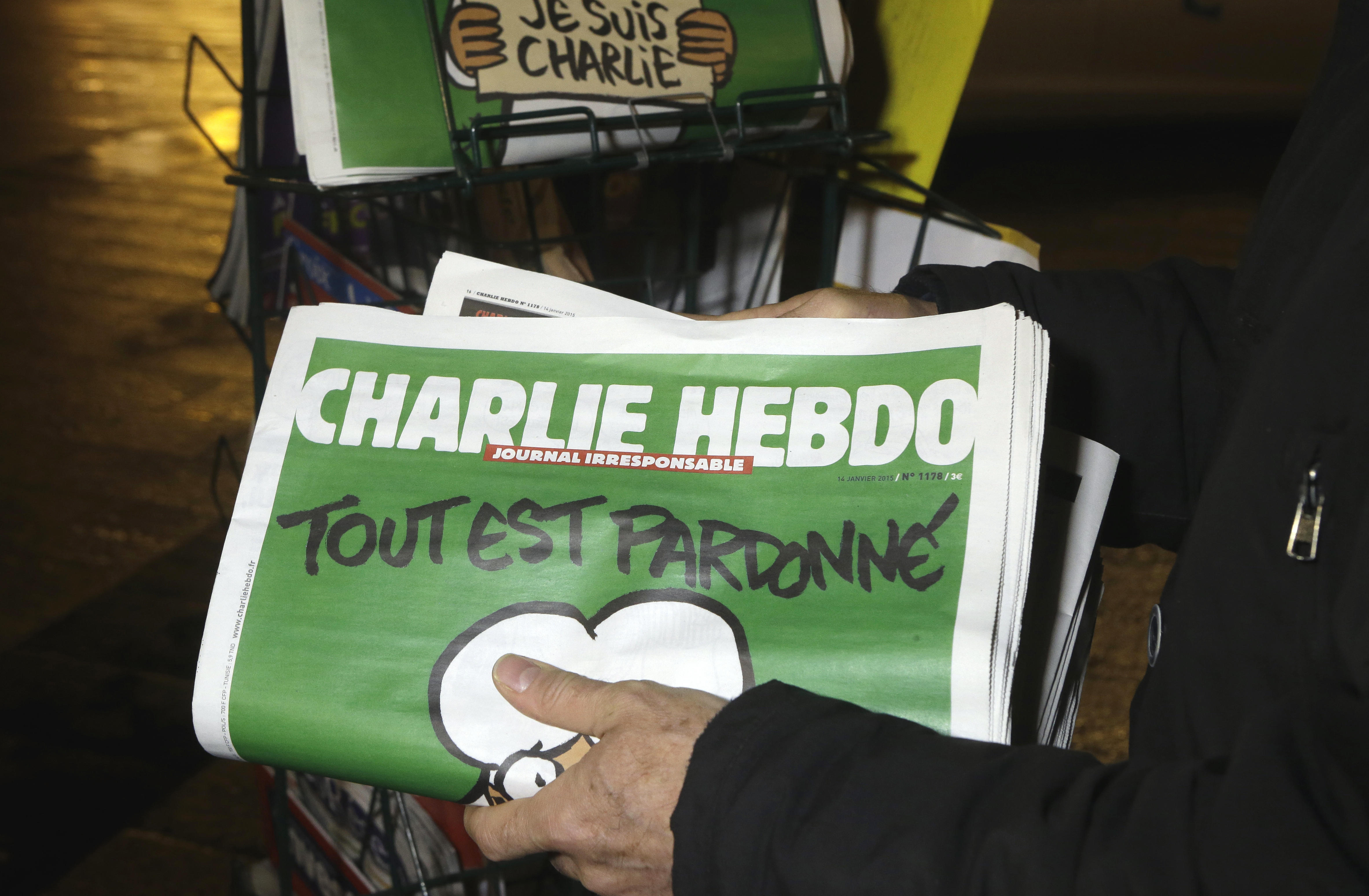 Russian Defense Ministry spokesman Maj. Gen. Igor Konashenkov described the cartoons as “excrements,” saying in Thursday’s statement that “it is humiliating for a normal person even to pay attention to this labored filth.”

Sunday’s crash of a Syria-bound Russian plane killed all 92 people on board. It was carrying members of the world-famous Russian army choir to a New Year’s concert at a Russian military base in Syria.

One of Charlie Hebdo’s cartoons depicts a singer in the falling aircraft wailing ‘aaaa’ with inscription: “The repertoire of the Red Army Choir is expanding,” while another voices sardonic regret that Russian President Vladimir Putin wasn’t inside.

The French newspaper’s staple is to be provocative, poking fun at popes, presidents as well as the Prophet Muhammad. In 2015, three masked gunmen stormed its Paris offices, killing 12 people, including its editor, and its offices were firebombed in November 2011 after it published a spoof issue that “invited” Muhammad to be its guest editor, putting his caricature on the cover.