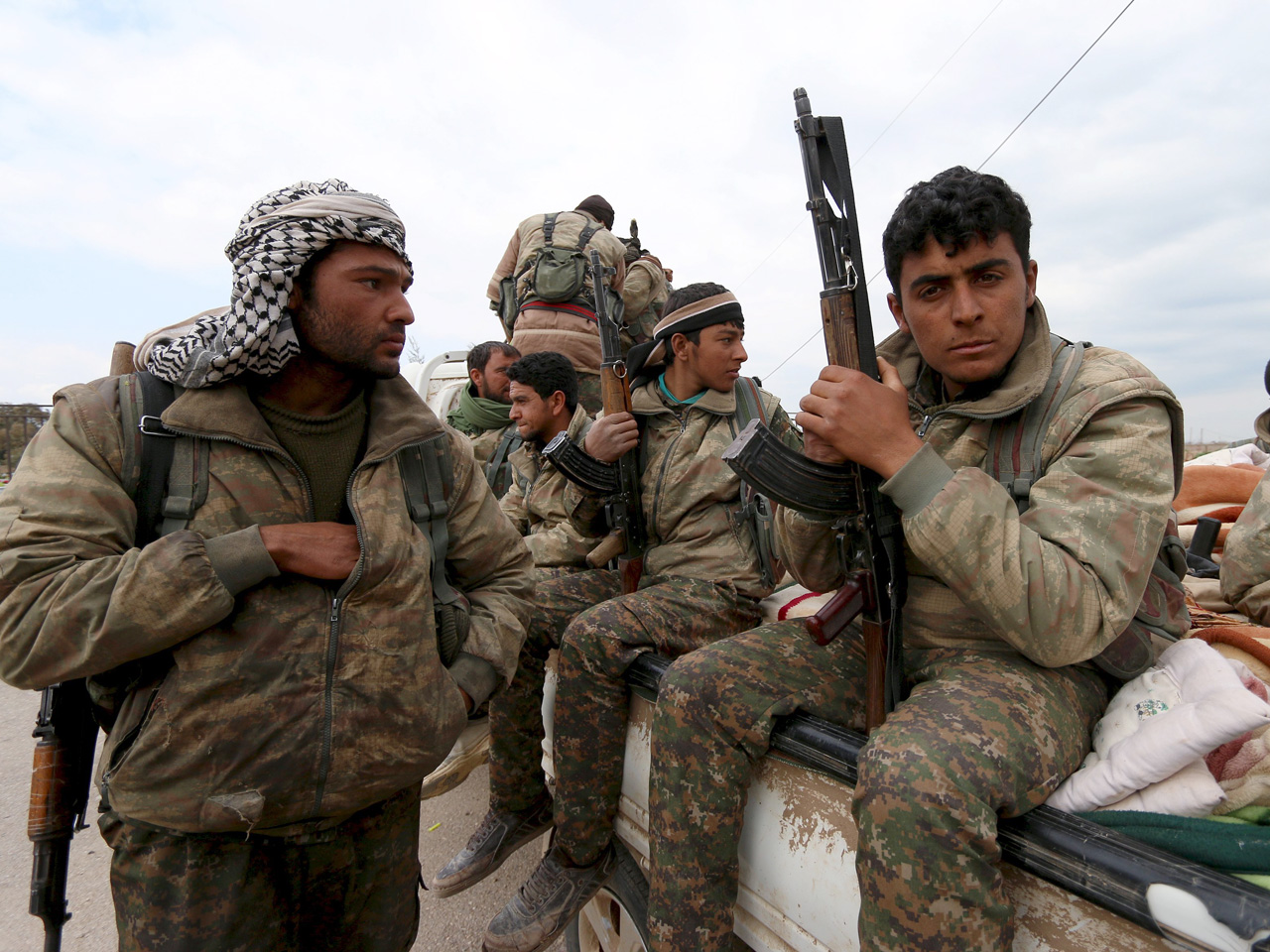 In an interview with Russian REN TV broadcast on Sunday, Lavrov calls the move part of Turkey's "creeping expansion" in northern Syria.

He said: "According to our information, they are digging in a few hundred meters from the border inside Syria."

Lavrov said he had seen the reports of Turkish tanks on the border, but gave no further details about Turkey's military presence in the Syrian war.

The Russian foreign minister said Turkey has declared a sovereign right to create a security zone on Syrian territory to prevent the unification of Kurdish enclaves to the east and west.

Russia and Turkey have seen relations sour considerably since a Russian jet was shot down by Turkey's military after allegedly straying into their territory.

Meanwhile, also inside Syria, U.S.-backed Syrian rebels said Sunday that al Qaeda militants have seized their bases and stolen weapons in a series of raids in the northern Idlib province.

Division 13 of the Free Syrian Army said on Twitter Sunday that the al Qaeda-affiliated Nusra Front occupied and looted its posts late the night before.

The Syrian Observatory for Human Rights, a Britain-based monitoring group, says Nusra seized anti-tank missiles, armored vehicles, a tank, and other arms from the division, which has received weapons, training, and money from the U.S. government. It says Nusra and an allied militia detained 40 fighters from Division 13.

Both the FSA and the Nusra Front are fighting to overthrow President Bashar Assad.