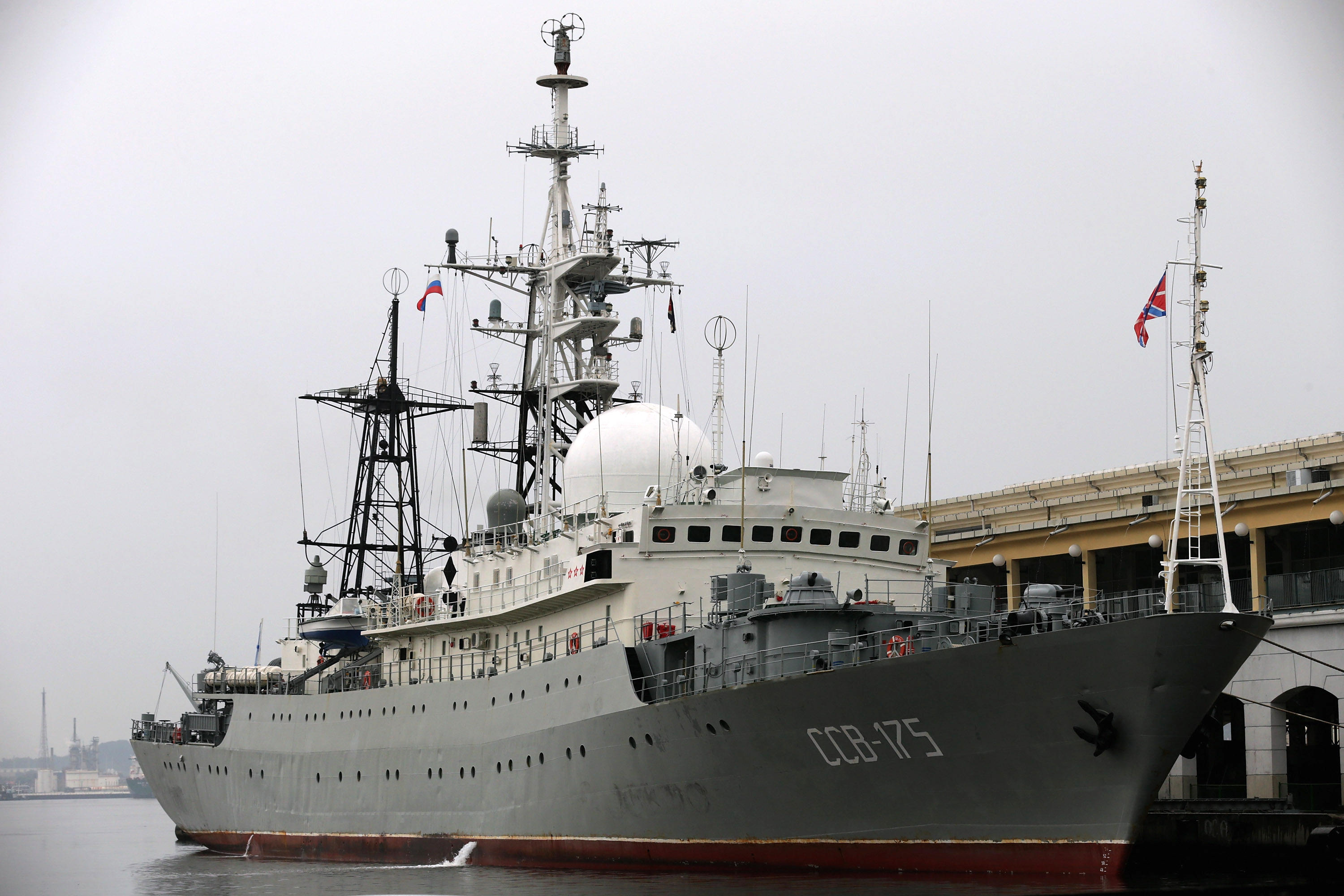 On Wednesday, the ship was located in international waters near Naval Submarine Base New London in Connecticut, which the Navy describes as the “Home of the Submarine Force.”

During its patrol of the East Coast, the closest the ship has been to land was 17 miles, which is still in international waters, Martin reports.

Its voyage has been the latest in an alarming string of incidents involving Russian military. Last week, a group of Russian jets buzzed a U.S. destroyer in the Black Sea and the U.S. accused Russia of secretly deploying cruise missiles capable of carrying a nuclear warhead in violation of a major arms-control treaty.

On Thursday, CBS News chief White House correspondent Major Garrett asked President Trump about the incidents during a nationally broadcast press conference. While the president said they were “not good,” Mr. Trump said he did not think the provocations were a test from Russian President Vladimir Putin.

During the same press conference, the president said, “The greatest thing I could do is shoot that ship that’s 30 miles offshore right out of the water,” but he also declined to discuss a response to the provocations.

At about 300 feet long, the Viktor Leonov was built for spying, reports CBS News correspondent Don Dahler. The ship’s sophisticated surveillance equipment can intercept radar, radio and other electronic signals. The vessel set sail from Cuba and was spotted Tuesday about 70 miles off Delaware.

Michael Petersen, director of the Russian Maritime Studies Institute, doubts the ship picked up a lot of sensitive information.

“When we know that that vessel is in range, it’s highly unlikely that we are using radio or radar waves or any other kind of electronic emissions that this vessel is capable of picking up,” Petersen said on “CBS This Morning” Thursday.