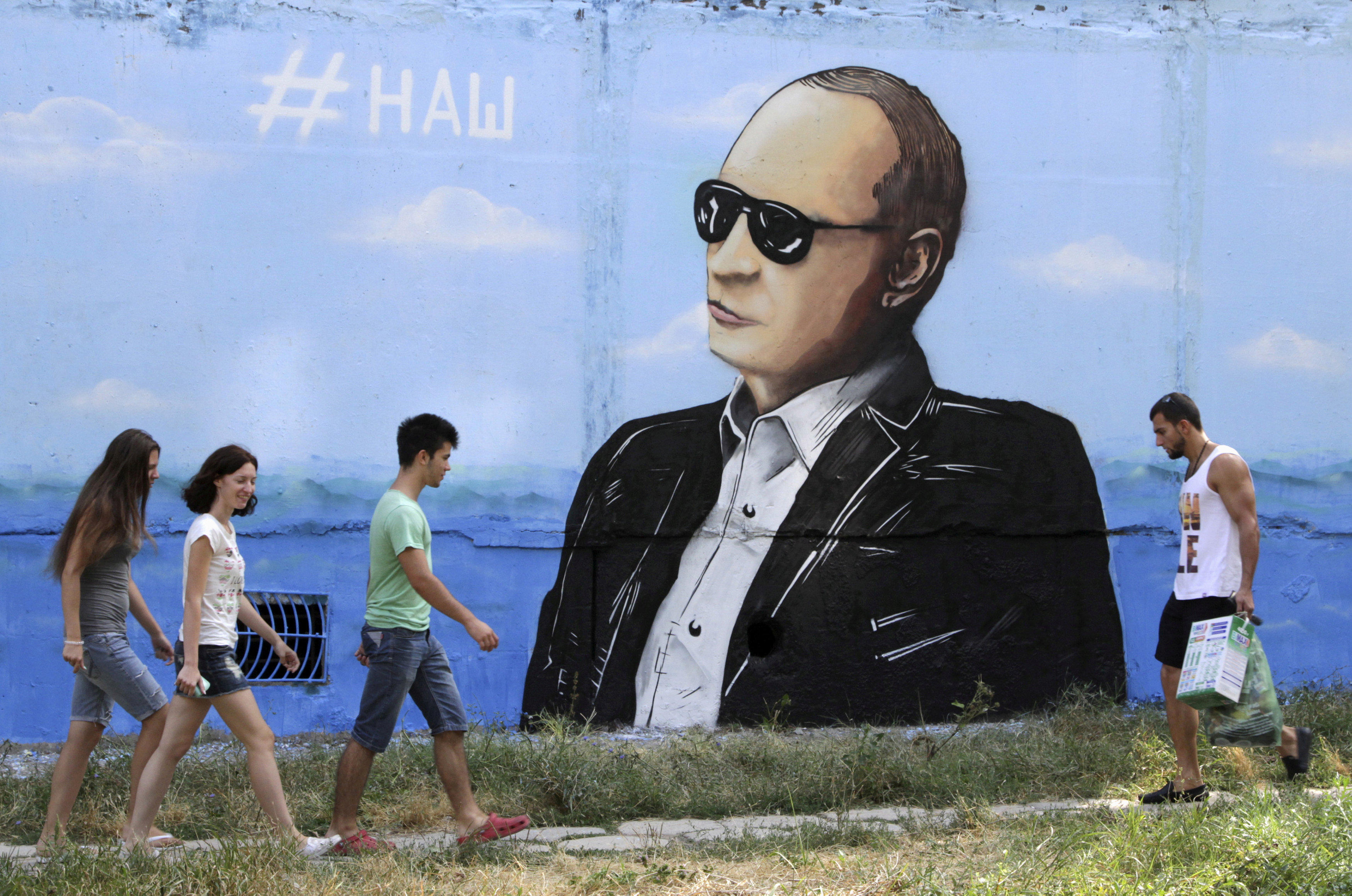 MOSCOW -- Russian President Vladimir Putin signed a decree Wednesday to withdraw Russia from the International Criminal Court, which rules on such grave charges as genocide and crimes against humanity.

Russia in 2000 signed the Rome treaty that established the Hague-based court but never ratified it.

Putin’s decree, published on the Kremlin’s website, comes a day after the U.N. General Assembly’s human rights committee approved a resolution condemning Russia’s “temporary occupation of Crimea” and blamed Russia for rights abuses such as discrimination against some Crimean residents, such as Tatars.

Russia annexed Crimea in March 2014 from Ukraine following a hastily called referendum, a move that led to crippling Western sanctions. A separatist insurgency erupted in eastern Ukraine the following month, backed by Russia.

The ICC on Monday issued a preliminary report where it described what happened in Crimea as “an international armed conflict between Ukraine and the Russian Federation.”

His spokesman, Dmitry Peskov, explained the withdrawal by “national interests” and argued that since Russia never ratified it Wednesday’s decree was just a formality. Peskov also dismissed the ICC’s accusations of an “armed conflict” in Crimea, arguing that Crimea joined Russia after a legitimate popular vote.

Russia’s foreign ministry insisted in a statement that Russia wants everyone implicated in grave international crimes to face justice but expressed frustration over the court’s work in recent years.

“The court has unfortunately failed to match the hopes one had and did not become a truly independent and respected body of international justice,” the ministry said, adding that in the ICCs’ 14 years of work “only four verdicts” have been passed while $1 billion was spent on expenses.

Just hours before Russia’s announcement, the U.N. human rights chief made a spirited defense of the ICC, entreating countries not to leave it. Several African nations have recently announced plans to leave the treaty.

The United States withdrew it’s backing for the treaty establishing the ICC in 2002, with the administration of George W. Bush calling it a “flawed document.”

As the U.S. and Russia talk, Ukraine braces for another invasion

Diplomatic talks with Russia: What you need to know