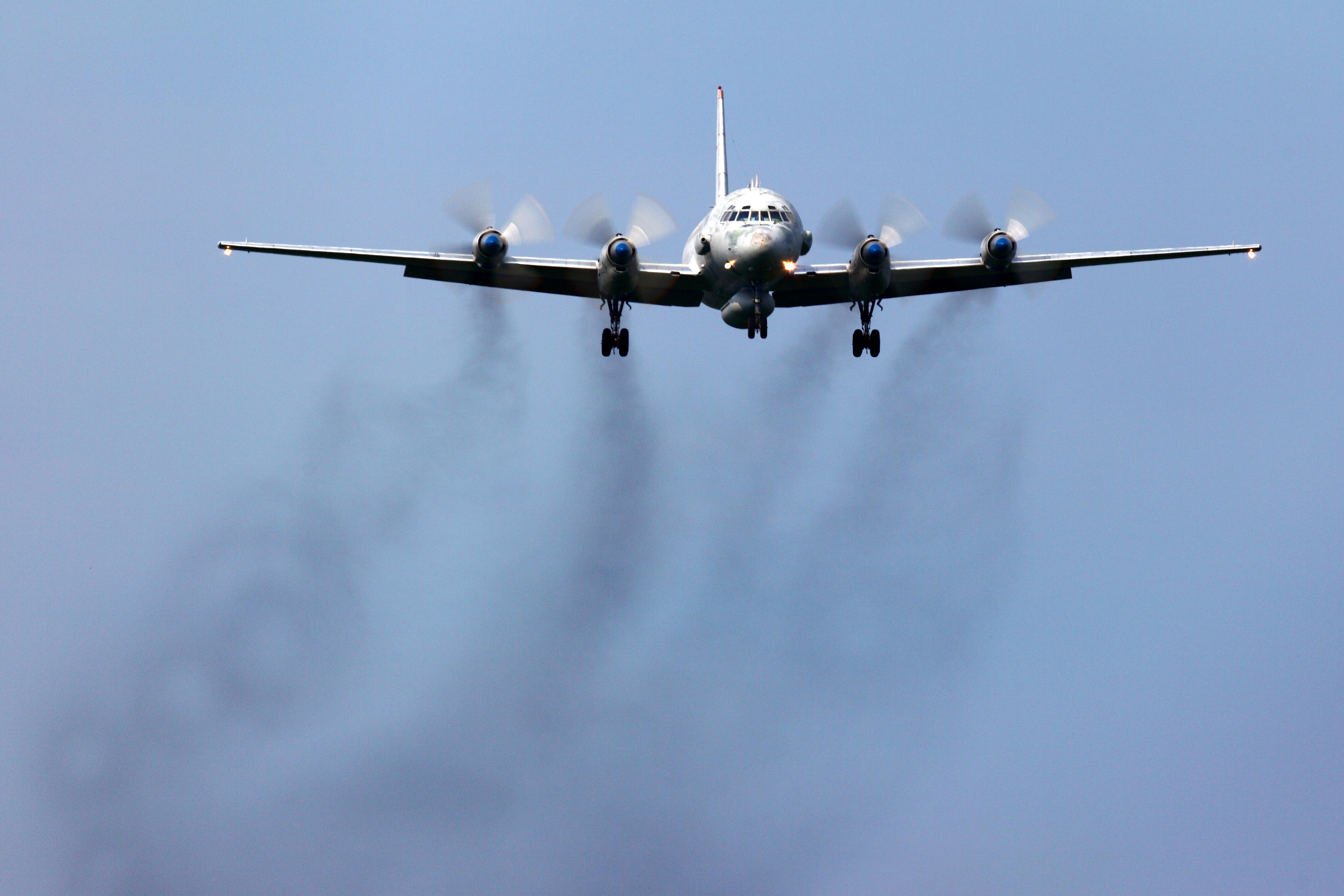 Russia's Defense Ministry warned it could retaliate against Israel on Tuesday after one of its surveillance aircraft with 15 people on board was brought down by a Syrian surface-to-air missile over the Mediterranean Sea. Rescuers found the wreckage about 17 miles off the Syrian coast and recovered the remains of the 15 Russian service members.

The Russian military said the plane was hit by accident by one of the Syrian S-200 surface-to-air missiles, which had been aimed at four Israeli F-16 fighter jets that were attacking targets in the coastal province of Latakia late on Monday.

Russia said the Israeli aircraft "pushed" the Russian Ilyushin 20 (IL-20) surveillance turboprop plane into the line of fire. The ministry accused the Israeli army of "intentional provocation" and said Israel did not warn Russia of its operation in the area until one minute before the strike.

"Using the Russian jet as a shield, the Israeli pilots put it in the fire of Syrian air defense systems," Russian media quoted Defense Ministry spokesman Major General Igor Konashenkov as saying. "As a result of the irresponsible actions by the Israeli military, 15 Russian servicemen have died. This is absolutely out of line with the spirit of Russian-Israeli partnership. We reserve the right to take appropriate action in response."

Speaking later Tuesday in Moscow, Russian President Vladimir Putin said Russia's response to the incident would be focused on "securing the safety" of Russian forces in Syria. "It rather looks like a chain of tragic accidental circumstances," Putin said.

Russia has been a key backer of Syrian President Bashar Assad and it has two military bases in the country, including one close to the Mediterranean coast.

The Israeli military issued a statement later Tuesday acknowledging the shoot-down and expressing "sorrow for the death of the aircrew members," but blaming Syrian forces for using an "inaccurate" missile system without ensuring their Russian partners were clear of the area.

The Israel Defense Forces (IDF) said in a statement that its fighter jets had "targeted a facility of the Syrian Armed Forces from which systems to manufacture accurate and lethal weapons were about to be transferred on behalf of Iran to Hezbollah in Lebanon. These weapons were meant to attack Israel, and posed an intolerable threat against it."

Israel has carried out a number of airstrikes on Syrian territory targeting what is says are weapons shipments intended for Iran or Iranian-backed Hezbollah, an extremist group based in Lebanon and deemed a terrorist organization by both the U.S. and Israel.

The IDF statement said the Syrian missiles which downed the Russian plane were fired after the Israeli jets had already returned to Israeli airspace.

Russia summoned the Israeli ambassador in Moscow to the Foreign Ministry on Tuesday to register a formal protest over the incident.