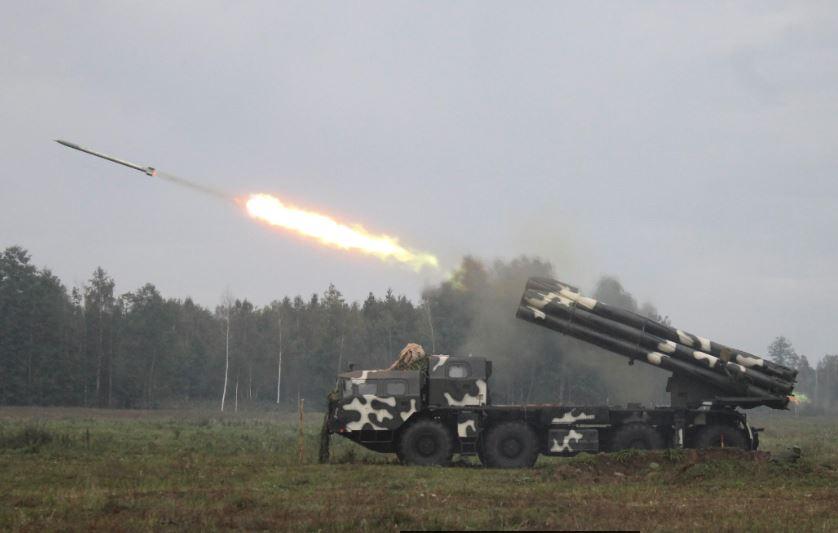 MOSCOW -- Russia will next month hold its biggest war games since at least the 1980s, with around 300,000 troops and 1,000 aircraft, the defence minister said Tuesday. The Vostok-2018 exercises will be carried out from September 11 to 15 in the country's east with the participation of China and Mongolia.

"This will be something of a repeat of Zapad-81, but in some senses even bigger," Sergei Shoigu said of the 1981 war games in Eastern Europe, in comments reported by Russian news agencies.

He said "more than 1,000 aircraft, almost 300,000 troops and almost all the ranges of the Central and Eastern military districts" would be involved in the exercises.

"Imagine 36,000 pieces of military equipment moving together at the same time -- tanks, armoured personnel carriers, infantry fighting vehicles. And all of this, of course, in conditions as close to combat as possible."

Moscow said last year's Zapad-2017 military drills, conducted in ally Belarus and regions of Russia, saw the participation of roughly 12,700 troops. But NATO claimed Russia could have been massively underreporting the scale of those exercises, which some of the alliance's eastern members said involved more than 100,000 servicemen.

The head of NATO's military committee said those war games could have been seen as "a serious preparation for a big war," despite Russian assurances they posed no threat.

The Dragon-17 exercise involved some 17,000 land, air force and navy troops and some 3,500 units of equipment and ran for about a week -- the first time the biannual drill was joined by Poland's new Territorial Defense Forces, which train civilian volunteers to support regular troops.

Polish Deputy Defense Minister Michal Dworczyk visited the main site of land drills for Poland's biggest military exercise last year, saying they were of a defensive nature and contrasting them with the Russian maneuvers.

He said the NATO drills tested defensive operation between Polish troops and those deployed in Poland by NATO and by the U.S. in response to the region's concerns over Russia's military activity..