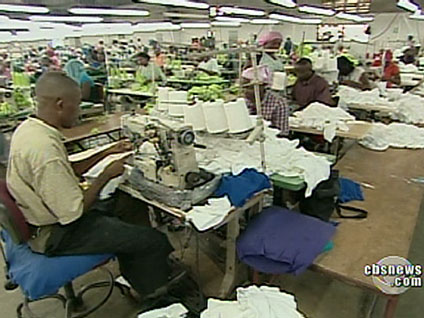 Newly-released documents on U.S. policy of torturing prisoners show that Secretary of Defense Donald Rumsfeld authorized guards to strip detainees and threaten them with dogs.

President Bush claimed the right to waive anti-torture laws and treaties covering prisoners of war after the invasion of Afghanistan, and Defense Secretary Donald Rumsfeld authorized guards to strip detainees and threaten them with dogs, according to documents released Tuesday.

The documents were handed out at the White House in an effort to blunt allegations that the administration had authorized torture against al Qaeda prisoners from Afghanistan and Iraq.

"I have never ordered torture," Bush said. "I will never order torture. The values of this country are such that torture is not a part of our soul and our being."

Despite a report yesterday by CBS News, one technique Rumsfeld did not approve involved pouring water over a prisoner to create the sensation of drowning.

But techniques Rumsfeld did approve, such as the use of stress positions and 20-hour interrogations triggered objections from interrogators and military lawyers, reports CBS News Correspondent David Martin.

Five months later he issued a scaled back list — still in effect today — which includes withholding hot meals, isolation, and one called fear up harsh — shouting threats and throwing objects across the room.

The memos were meant to deal with an election-year headache that followed revelations about abuses at Abu Ghraib prison in Iraq, but the documents also brought to light some practices that the administration decided had gone too far. Amnesty International revived its call for the appointment of a special counsel to investigate any torture and ill-treatment of prisoners in U.S. custody.

The Justice Department disavowed a memo written in 2002 that appeared to justify the use of torture in the war on terror. The memo also argued that the president's wartime powers superseded anti-torture laws and treaties.

That 50-page document, dated Aug. 1, 2002, will be replaced, Justice Department officials said. White House counsel Alberto Gonzales said that some legal memos contained "unnecessary and overbroad discussions" that could be "subject to misinterpretation." But he added, "The analysis underpinning the president's decisions stand and are not being reviewed."

A new memo will instead narrowly address the question of proper interrogation techniques for al Qaeda and Taliban detainees, the Justice Department said.

Bush had outlined his own views in a Feb. 7. 2002, document regarding treatment of al Qaeda detainees from Afghanistan. He said the war against terrorism had ushered in a "new paradigm" and that terrorist attacks required "new thinking in the law of war." Still, he said prisoners must be treated humanely and in accordance with the Geneva Conventions.

"I accept the legal conclusion of the attorney general and the Department of Justice that I have the authority under the Constitution to suspend Geneva as between the United States and Afghanistan, but I decline to exercise that authority at this time," the president said in the memo, entitled "Humane Treatment of al Qaeda and Taliban Detainees."

Explaining Bush's memo, Gonzales said the United States "is fighting "an enemy that does not fight, attack or plan according to accepted laws of war — in particular the Geneva Conventions."

In a separate Pentagon memo, dated Nov. 27, 2002, the Defense Department's chief lawyer, William J. Haynes II, recommended that Defense Secretary Rumsfeld approve the use of 14 interrogation techniques on detainees at Guantanamo Bay, such as yelling at a prisoner during questioning and using "stress positions," like standing, for up to four hours.

Haynes also recommended approval of one technique among harsher methods requested by U.S. military authorities at Guantanamo: use of "mild, non-injurious physical contact such as grabbing, poking in the chest with the finger and light pushing."

Among the techniques that Rumsfeld approved on Dec. 2, 2002, in addition to the grabbing, the yelling and the stress positions: