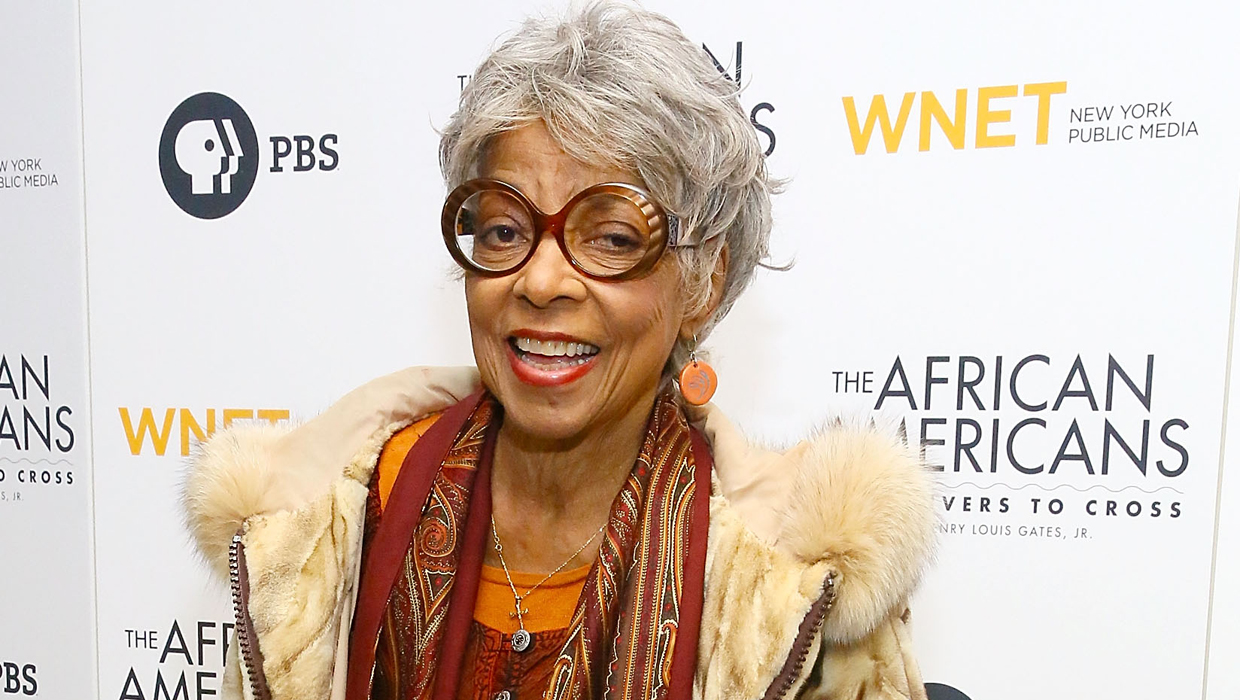 Ruby Dee, an acclaimed actor and civil rights activist whose versatile career spanned stage, radio, television and film, her agent confirmed to CBS News. She was 91.

Her daughter Nora Davis Day told The Associated Press on Thursday that Dee died at home in New Rochelle, N.Y., on Wednesday night.

Dee, who frequently acted alongside her husband of 56 years, Ossie Davis, was with loved ones, she added.

"We have had her for so long and we loved her so much," Day said. "She took her final bow last night at home surrounded by her children and grandchildren."

Day added: "We gave her our permission to set sail. She opened her eyes, closed her eyes and away she went."

Davis and Dee met in 1945 when she auditioned for the Broadway play "Jeb," starring Davis (both were cast in it). In December 1948, on a day off from rehearsals from another play, Davis and Dee took a bus to New Jersey to get married. They already were so close that "it felt almost like an appointment we finally got around to keeping," Dee wrote in "In This Life Together."

They shared billing in 11 stage productions and five movies during long parallel careers. Dee's fifth film, "No Way Out" with Sidney Poitier in 1950, was her husband's first. Along with film, stage and television, their richly honored careers extended to a radio show, "The Ossie Davis and Ruby Dee Story Hour," that featured a mix of black themes. Davis directed one of their joint film appearances, "Countdown at Kusini" (1976).

Like her husband (who died in 2005), Dee was active in civil rights issues and efforts to promote the cause of blacks in the entertainment industry. As young performers, they found themselves caught up the growing debate over social and racial justice in the United States. The couple's push for social justice was lifelong: In 1999, they was arrested while protesting the shooting death of Amadou Diallo, an unarmed African immigrant, by New York City police.

They were friends with baseball star Jackie Robinson and his wife, Rachel - Dee played her, opposite Robinson himself, in the 1950 movie, "The Jackie Robinson Story" - and with the Rev. Martin Luther King Jr. and Malcom X. Dee and Davis served as masters of ceremonies for the historic 1963 March on Washington and she spoke at both the funerals for King and Malcom X.

She won a National Medal of the Arts in 1995 and a Lifetime Achievement Award from the Screen Actors Guild in 2000. In 2004, she and Davis received Kennedy Center Honors. Another honor came in 2007, after Davis' death, when the recording of their memoir won a Grammy for best spoken word album, a category that includes audio books.

Among her best-known films was "A Raisin in the Sun," in 1961, the classic play that explored racial discrimination and black frustration. On television, she was a leading cast member on the soap operas such in the 1950s and '60s, a rare sight for a black actress in the 1950s and 60s.

As she aged, her career did not ebb. Dee was the voice of wisdom and reason as Mother Sister in Spike Lee's 1989 film, "Do the Right Thing," alongside her husband. She won an Emmy as supporting actress in a miniseries or special for 1990's "Decoration Day."

Her long career brought her an Oscar nomination at age 83 for best supporting actress for her role in the 2007 film "American Gangster," in which she played the mother of Denzel Washington's character. She also won an Emmy and was nominated for several others.

Born Ruby Ann Wallace in Cleveland to parents who soon split, Dee moved to Harlem as an infant with a brother and two sisters, living with relatives and neighbors. She graduated from highly competitive Hunter High School in 1939 and enrolled at Hunter College. "I wanted to be an actor but the chances for success did not look promising," she wrote in their joint autobiography.

But in 1940 she got a part in a Harlem production of a new play, "On Strivers Row," which she later called "one giant step" to becoming a person and a performer.

In 1965, she became the first black woman to play lead roles at the American Shakespeare Festival. She won an Obie Award for the title role in Athol Fugard's "Boesman and Lena" and a Drama Desk Award for her role in "Wedding Band."

Most recently, Dee performed her one-woman stage show, "My One Good Nerve: A Visit With Ruby Dee," in theaters across the country. The show was a compilation of some of the short stories, humor and poetry in her book of the same title.

She is survived by three children: Nora, Hasna and Guy, and seven grandchildren.