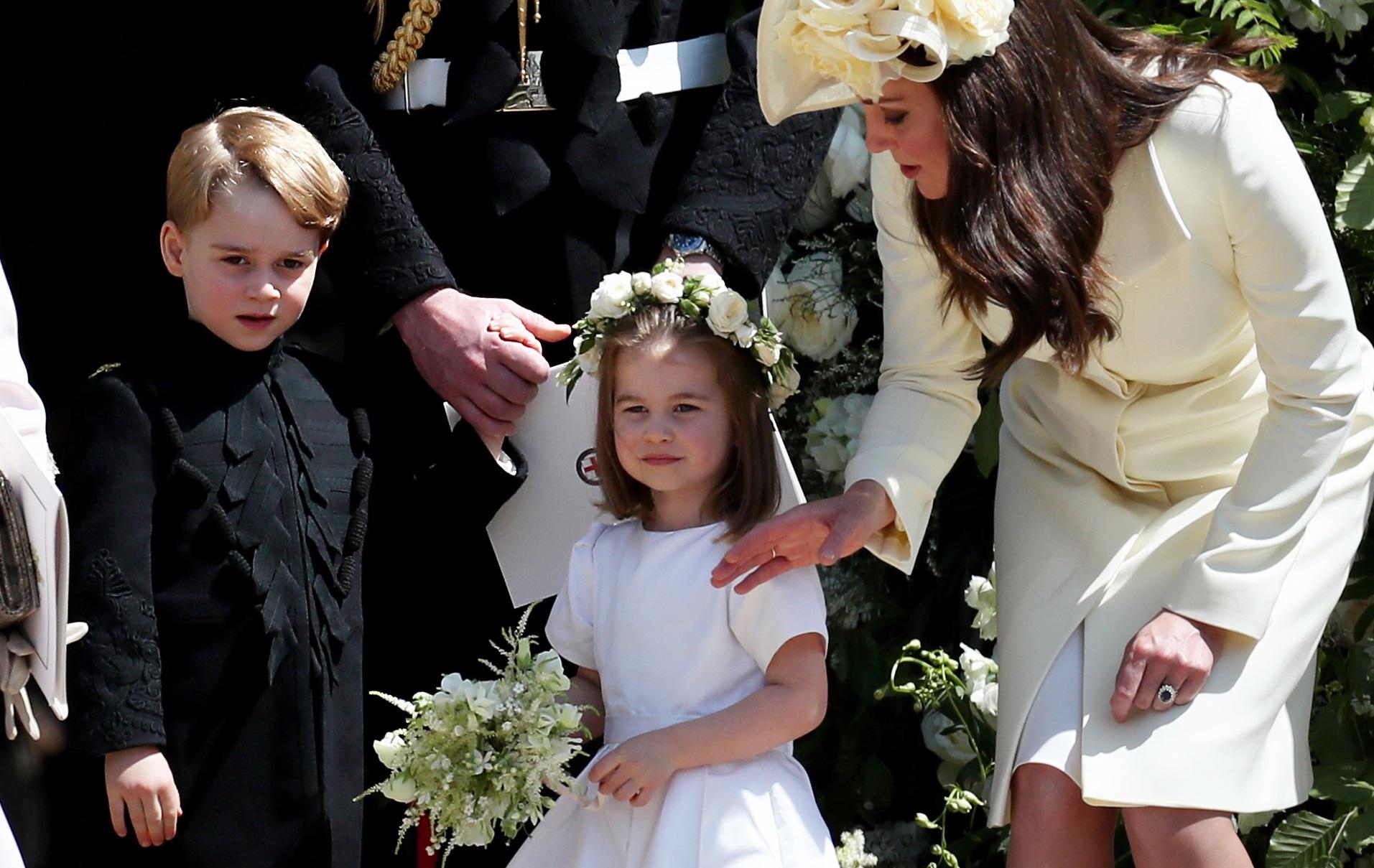 Prince George, 5, and Princess Charlotte, 3, will reprise their roles as page boy and bridesmaid in the wedding of their father's cousin, Princess Eugenie, Buckingham Palace announced Wednesday. Eugenie, who is ninth in line for the throne, will be marrying Jack Brooksbank Friday at St. George's Chapel at Windsor Castle --  the same location as Prince Harry and Meghan's wedding in April.

George and Charlotte are old hands at the wedding roles, having served as page boy and bridesmaid at Harry and Meghan's wedding and at their aunt Pippa's wedding to James Matthews last year.

Their newborn baby brother Louis, born in March, sat out Harry and Meghan's wedding and likely will not be attending Eugenie's wedding either.

The maid of honor will be Eugenie's sister, Princess Beatrice, and the best man will be Brooksbank's brother, Thomas Brooksbank.

The Royal Family released a number of photographs of Eugenie and Brooksbank, including from when they were children. The couple were engaged in February after seven years of dating.

Earlier this week, Eugenie posted a photo on Instagram of her and Beatrice as bridesmaids with the caption #tbt sisterly love. Eugenie, the daughter of Prince Andrew and Sarah Ferguson, is the only royal family member with a public Instagram account.

According to BBC News, 1,200 members of the public have been invited to the wedding at Windsor Castle.