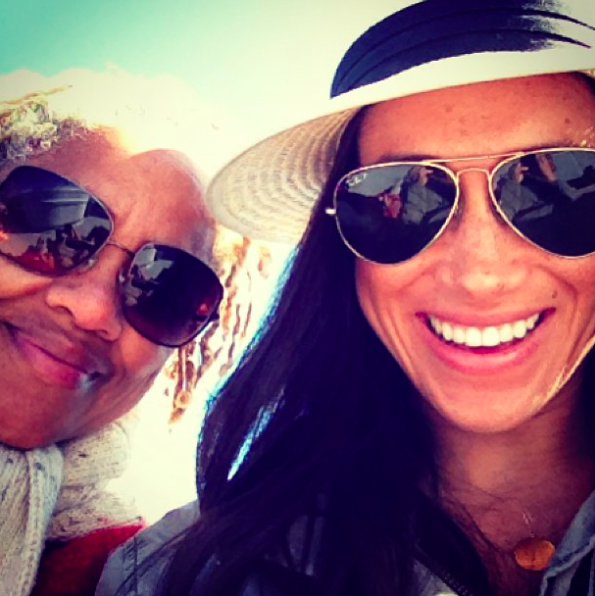 LONDON -- Meghan Markle's divorced parents will meet with Queen Elizabeth II and other royals before her May 19 wedding to Prince Harry and will have special roles in their daughter's wedding, a palace spokesman said Friday. At the wedding, the royal couple also plan to honor the memory of the late Princess Diana, Harry's mother, who died in a Paris car crash in 1997.

Officials didn't predict the weather - springtime in England can be glorious or horrid, sometimes on the same day - but they outlined plans for a celebration designed to spread from the privileged environs of Windsor Castle throughout Britain and the world, via television and the internet.

Here are some of the plans disclosed by Harry's press secretary, Jason Knauf, during a briefing at Buckingham Palace:

Markle's parents, Thomas Markle and Doria Ragland, will arrive during the week before the May 19 wedding so they have time to meet Harry's family.

Knauf says they will visit with the queen, her husband Prince Philip, Harry's father Prince Charles and his wife Camilla, and with Harry's brother Prince William and his sister-in-law Kate.

Ragland will travel with her daughter by car to Windsor Castle on May 19 and Thomas Markle will walk his daughter down the aisle of St. George's Chapel for the ceremony.

Knauf says Markle is "delighted" that her parents will be by her side. He did not say whether Markle's half brother and half sister will attend the wedding.

Princess Diana's Family Will Have A Role

The press secretary says Harry is "keen to involve his mother's family in the wedding" and that all three of Diana's siblings will be present. One of Diana's two older sisters, Jane Fellowes, will give a reading during the ceremony to represent Diana's family.

No Maid Of Honor

Markle, an American actress who came to prominence in the TV series "Suits," will not have a maid of honor during the ceremony.

Harry has chosen William as his best man.

Knauf says all the bridesmaids and page boys will be children. That may mean a role for Prince George, 4, and Princess Charlotte, 3, the children of Prince William and the Duchess of Cambridge. But don't bother looking for Prince Louis - born in late April - as the youngest prince will not attend the wedding.

Don't Ask About The Dress

Palace officials are determined that the style and designer of Markle's wedding gown will be kept secret until the moment she gets out of the car to walk into the chapel. They say this tradition is very important - but that won't keep speculators from trying to guess who has received the most important dressmaking assignment of the year.

Separated The Night Before

The press secretary says Harry and Markle will spend the night before the wedding apart. They have been living together in recent months since announcing their engagement. They will spend their first night as a married couple in Windsor Castle.

Palace officials say they're hopeful that 96-year-old Prince Philip, Harry's grandfather, will be well enough to attend the wedding festivities . The queen's husband has been recovering from hip replacement surgery and has not participated in any public events since being discharged from the hospital in mid-April.

The palace plans to publish the Order of Service on its website the morning of the wedding so people watching it on television will be better able to follow what's taking place inside the church.

Knauf would not reveal where the newest royal couple will spend their honeymoon, but he said they won't be leaving right after the wedding. Instead they plan to make their first public appearance as a married couple during the week following the ceremony.  In the past, they have traveled in Africa together.