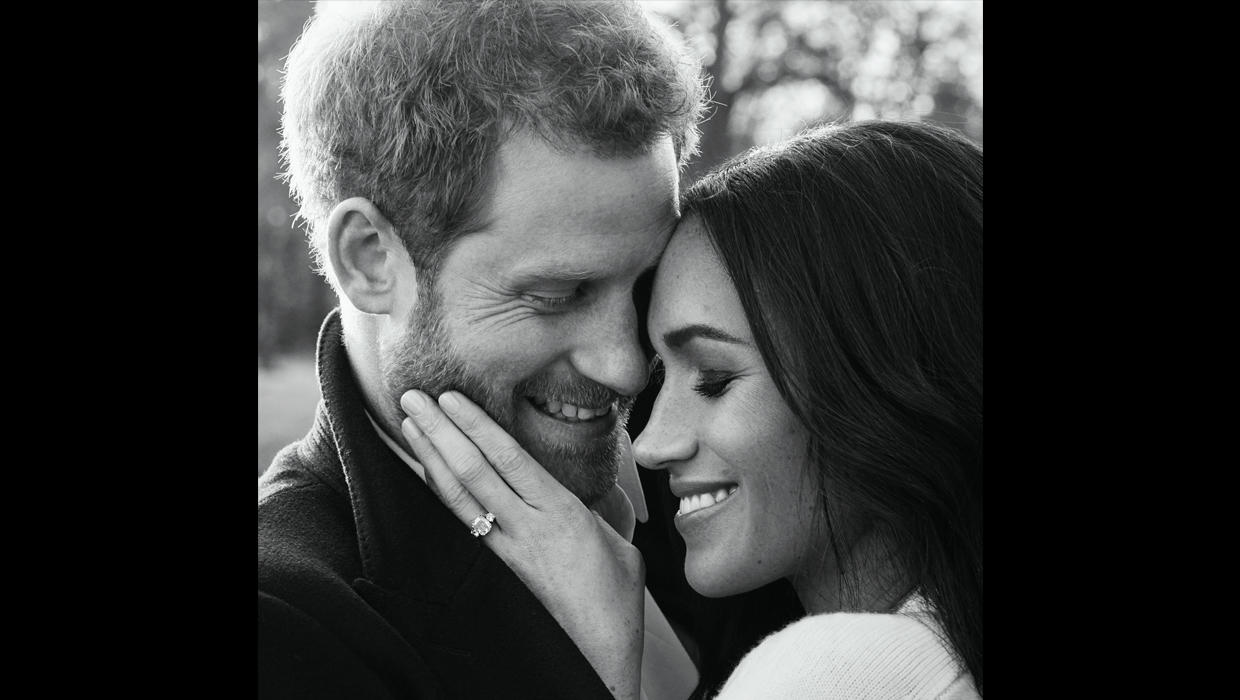 The photos are a departure from Prince William and Duchess Kate's more staid engagement photos. Unlike Kate's knee-length cream dress, Markle is wearing a sheer embroidered gown by Ralph & Russo, reports Vogue. One of Markle and Harry's portraits is particularly intimate, with Markle and Harry touching foreheads as she holds his face. Both official portraits show off Markle's ring, which includes a center diamond from Botswana and side diamonds from Princess Diana's personal jewelry collection.

Kensington Palace said that the couple was so pleased with the public's response to the official snaps that they decided to release a candid, saying, "As a way to say thank you, they have decided to share this candid photograph from the day of their portrait sittings directly with all of you."

The couple announced their engagement Nov. 27. They are set to marry on May 19 at Windsor Castle's St. George's Chapel.