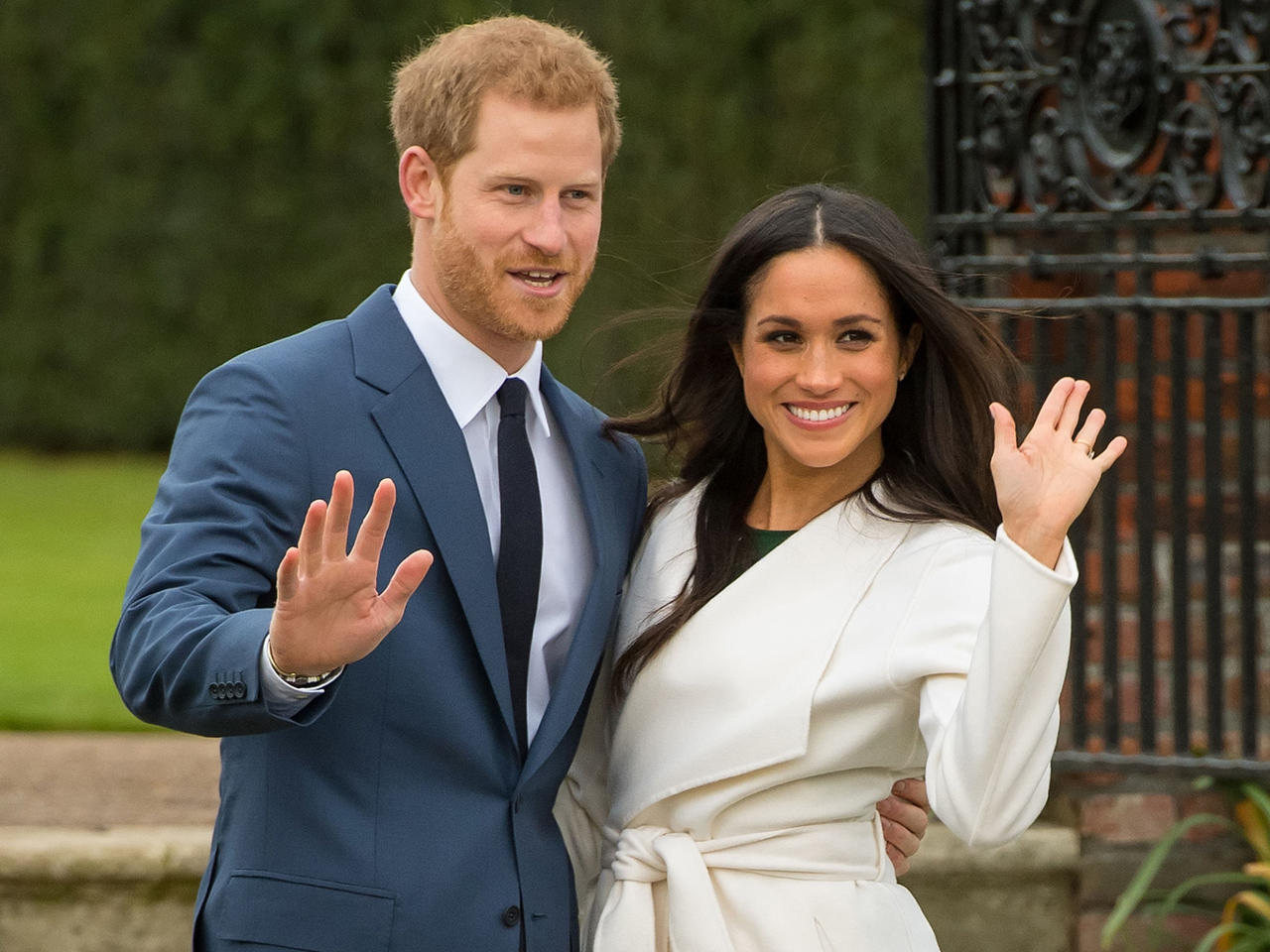 As Prince Harry and Meghan Markle's wedding day of May 19 draws near, the excitement is building in Britain.

"We love a wedding," said Ingrid Seward, editor-in-chief of Majesty Magazine. "…the grandeur, all the pomp and circumstance that goes with a royal wedding."

And also in the United States.

"I think there's gonna be a lotta Kappa parties," said Markle's Northwestern University sorority sister Erica Bethe Levin. "Like, tears are gonna be running down my face. … I mean, it's amazing."

And all eyes will be on Markle's dress.

"I really can't wait to see her dress," Levin agreed.

Speculation is wild about what designer the fashionable star will choose.

"What do you think goes into the decision-making process of what dress, who will be the designer?" "CBS This Morning" co-host Gayle King asked author and CBS News royal contributor Tina Brown.

"Well," she replied, "we are sure it's gonna be a British designer."

"Why are we sure of that, Tina?" King wondered.

"Because it better be. That's all I can say," Brown laughed. "And I think she's going to be falling over herself to say, 'I am now a British member of the royal family.'"

Some rumored British fashion houses are Erdem, whose dress Markle wore recently as a wedding guest, and Ralph and Russo, who designed the intricate gown she wore for her engagement photo shoot.

And just last week it was announced that the man who took those iconic images, Alexi Lubomirski, has also been chosen to be the official wedding photographer.

"I think it's gonna be a wonderful family wedding, a family occasion," said Brown.

Compared to Westminster Abbey where Prince William and Kate Middleton were married in 2011 in front of more than 1,000 guests, St. George's Chapel is smaller.

"So it's no surprise to you that Harry and Meghan wanted to be married here?" King asked

There will only be 600 invited chapel guests.

"I mean, it's not gonna be crown heads. And there's not going to be visiting presidents and all of that," Brown explained. "It's gonna be their friends, his friends, I think many members of his charities will be coming … And I think that it'll be …Meghan's personal family and people she's worked with."

"There's gonna be I should think a … good scattering from the cast of 'Suits.' I'm sure there'll probably be a few other celebrity names as well," said Roya Nikkhah, royal correspondent for the Sunday Times.

Markle's friend, Serena Williams, and the Beckhams are expected to be in attendance. The couple have also invited members of the public to be a part of their big day; around 2,600 lucky people will be allowed on the grounds of Windsor Castle.

"It's that desire I think to open up their wedding and not make it feel elitist or restricted," said Nikkhah. "It's been called the people's wedding" And I think that's what they want to reflect."

After the ceremony, the newly married couple will walk down the Chapel's steps as husband and wife and they'll take a carriage ride through the town of Windsor. Security will be very tight -- it's being called a "ring of steel"

Once back on castle grounds, there will be two celebrations. The chapel guests will attend a reception at St. George's Hall hosted by Queen Elizabeth and then later that night, Prince Charles will host a party for 200 guests at nearby Frogmore House.

"How is the decision made? Who gets to go to the super exclusive one?" King asked Seward.

"The super exclusive one is mostly their young friends and the main one is people ... the 'have-tos,'" she replied.

It is believed that the queen will gift Prince Harry and Meghan with the titles "Duke and Duchess of Sussex" and they will begin their life as a royal couple with all its royal duties.

Their passions for mental health and women's equality issues will likely continue to be a focus of their future work.

"Heads Together … there's still a lot of work left to do," said Harry said the Royal Foundation Forum, an event highlighting the work of the foundation set up by the two princes in 2011 to support their charities of choice.

"There is no better time than to really continue to shine a light on women feeling empowered," Markle said at the event.

"She's not going to become a surrendered silent Princess once she marries," said Nikkhah.

Yet some worry that Markle may not fully realize the burden that comes with being a royal.

"There may-- people may fantasize about being a princess, but the reality of it is not actually much fun. Not today. You know, they live in a goldfish bowl," said royal biographer Penny Junor. "They are scrutinized by the media. And their lives are simply not their own anymore."

"It's not easy for anybody. But I know at the end of the day, she chooses me and I choose her, and therefore whatever we have to tackle together or individually, it will always be us together as a team," Harry told the BBC.

"I don't know, but she's capable of anything," said Harry.

"I like to think that true love wins," King remarked to Seward.

"I think true love will win."