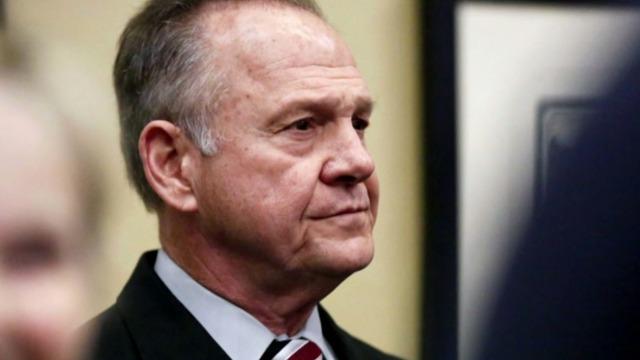 Roy Moore, the GOP Senate candidate from Alabama, faces another woman accusing him of sexual misconduct while two more women came forward Wednesday and said Moore pursued them when they were young women and he was in his 30s.

Tina Johnson says that in the early 1990s, Moore grabbed her buttocks during a meeting at his law office.

Johnson, who was 28 years old in 1991, told AL.com that she went to Moore's law office in Gadsden, Alabama, with her mother.

"He kept commenting on my looks, telling me how pretty I was, how nice I looked," Johnson told the news outlet. "He was saying that my eyes were beautiful."

She said she was at Moore's office to sign over custody of her 12-year-old son at the time to her mother, who was inside the room during the meeting. After her mom left the room when the meeting ended, Johnson says Moore came up behind her and groped her, grabbing her buttocks.

"He didn't pinch it; he grabbed it," Johnson said. She says she didn't tell her mother about it at the time, but later confided in a sister.

Moore was married at the time, the report noted. The news outlet found court documents from 1992 that confirmed the custody transfer, the report said.

AL.com also reported on another incident involving a different young woman in 1982. In that case, then-17-year-old Kelly Harrison Thorp says she was approached by Moore while she was working as a hostess at a Red Lobster. He asked her if she would go out with him.

The Washington Post reported Wednesday night that two more women came forward and said Moore pursued them when they were young. Gena Richardson said she was in her teens and working at a Sears when Moore approached her. When she wouldn't give him her number, she says he called her at school.

Richardson said Moore's overtures caused the manager to tell young women to "watch out for this guy." Richardson said they went on a date and Moore forcefully tried to kiss her.

Another woman, Becky Gray, said Moore "began hitting on me" when she 22 and working in the men's department of Pizitz, where a woman told the Post last week that Moore pursued her when she was 18 years old.

Moore's attorney raised questions Wednesday evening about the authenticity of a signature alleged by one accusers to be Moore's inscription in her yearbook in the 1970s.