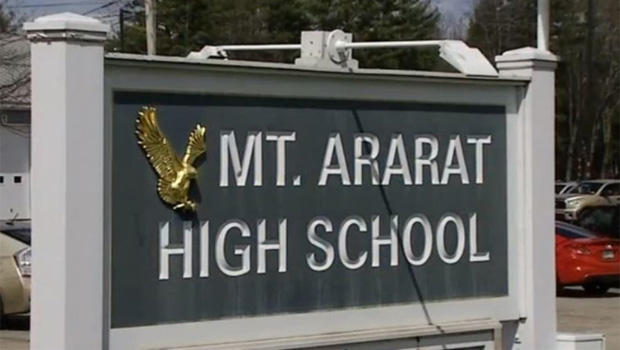 Authorities are reporting numerous "copycat" threats to schools in the wake of the Parkland, Florida high school shooting that left 17 people dead Wednesday. Among them -- one in which a teen allegedly says on Snapchat, "Round 2 of Florida tomorrow."

Since Wednesday's massacre at Marjory Stoneman Douglas High School, "copycat" threats were made at other schools, Broward Sheriff Scott Israel said at a news conference Thursday.

School officials received information Thursday about two boys who talked about online video games focused on school violence. The officials say police are investigating and the two boys are being disciplined for the language that suggests a threat.

In Nutley, N.J., Public Schools Superintendent Julie Glazer said late Thursday evening that the district's schools would be closed Friday due to a security threat. In a letter addressed to parents, staff and the community, Glazer says the district is erring on the side of safety. "As both the Superintendent of the Nutley Public Schools and as a parent, and because of the nature of the world in which we live, there was no other decision to be made," he says.

CBS Pittsburgh reports schools in one local district will be closed Friday. The station cites this tweet:

In Spartanburg, S.C., school officials say a ninth grader was arrested and charged with disturbing schools after threatening students and staff at Broome High School, reports the CBS affiliate there, WSPA-TV.

Spartanburg School District 3 said the threat was posted on Snapchat. Spartanburg County Sheriff's Office Lt. Kevin Bobo said a student showed his or her father a Snapchat picture of a Broome High School freshman wearing a mask and holding what appeared to be an assault rifle. Deputies say the post threatened "Round 2 of Florida tomorrow."

Deputies say the suspect claimed the Snapchat post was a joke and he didn't intend to hurt anyone. His parents allowed deputies to search the home. The sheriff's office said the mask was found along with an airsoft rifle that looked like an assault rifle.

Because he's a juvenile, deputies aren't releasing the suspect's name or the Snapchat photo.

School officials were made aware of the threat early Thursday morning. They said additional security was being provided at Broome High School to ensure students' safety.

Senior Chloe Gentry told WSPA some parents who learned about the threat after drop-off Thursday morning returned to the school to take their kids home. She says school officials told students they could go home if they felt nervous or scared.

And CBS Miami reports an 11-year-old girl was arrested Thursday for allegedly writing a note threatening to kill and sliding it under the door of the Assistant Principal at Nova Middle School, in Davie.

Police there say the sixth grader is charged with one count of written threats to kill or do bodily injury, which is a felony.

The note, released by police, reads, "I will bring a gun to school to kill all of you ugly ass kids and teachers bitch. I will bring the gun Feb, 16, 18. BE prepared b--ch!"

Police say surveillance video shows the student placing the note under the door. That video hasn't been released.

The girl has confessed, police say.