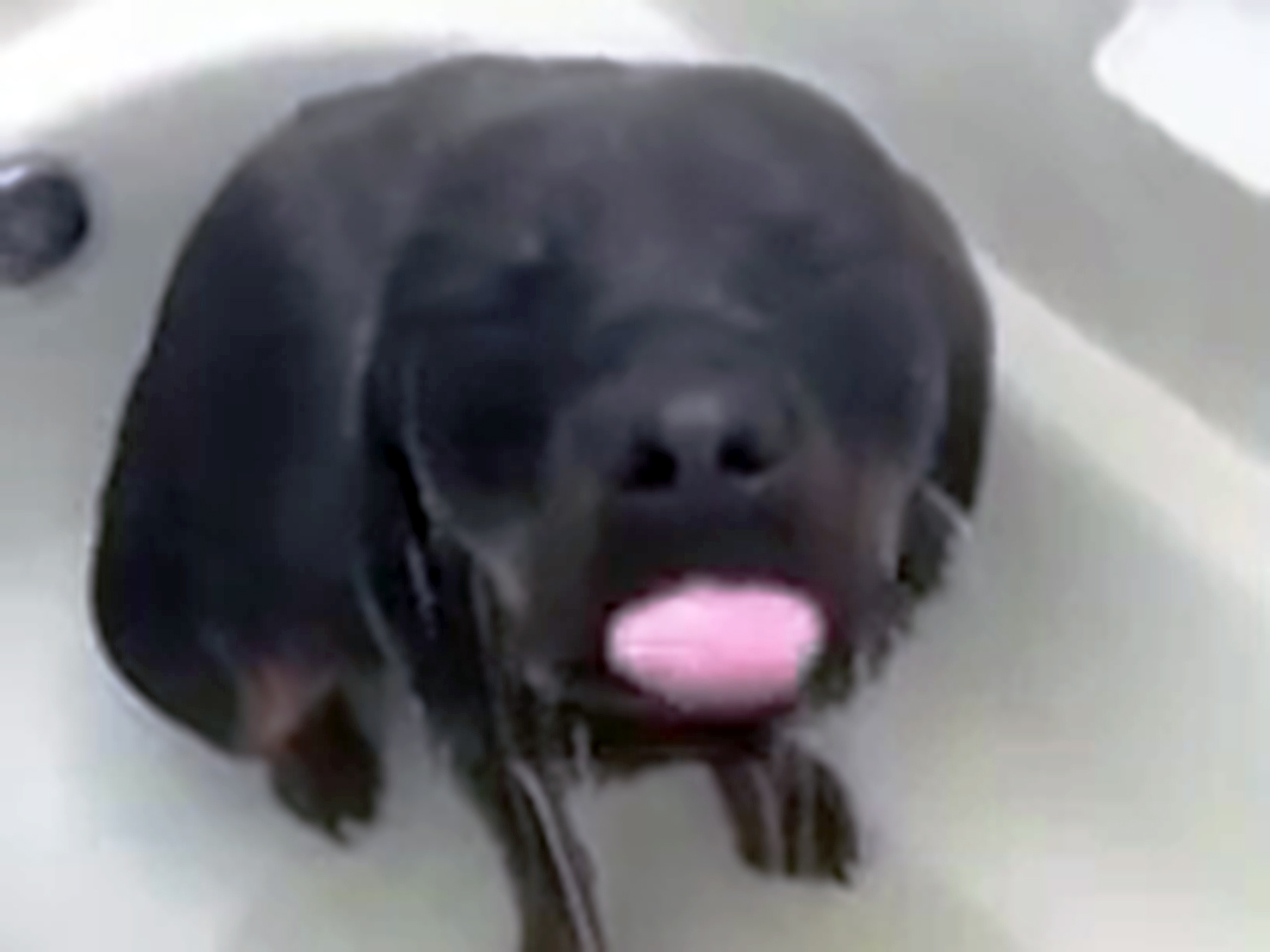 This week's most popular viral videos include the best way to get your ducks in a row, why it's a bad idea to take a turtle's ball, an epic roof jump, a trombone cattle serenade, a kid's first time on TV "apparently" and an adorable dog that digs the drizzle.

First up, serun berkus posted this video of a Russian man who seems to be able to communicate with ducks -- by screaming at them.

David Kelly shared this great video on his Facebook page of a turtle determined to keep its ball.

Thanks to the GoPro camera, professional stuntman Ethan Swanson reveals what it's like to jump from a Chicago rooftop just like they do in the movies.

Farmer Derek Klingenberg serenades cattle with a trombone rendition of Lorde's hit song "Royals." The milk-making mammals are so enthralled that they can't help but come in for a closer look.

Noah Ritter, a 5-year-old from Wilkes-Barre, Penn., steals the show with this hilarious interview on WNEP-TV about his experience at the Wayne County fair.

And, Oz Rottweiler shared this video of a Rottweiler that hops in the shower and doesn't want to get out.

Trucker who drove toward crowd of protesters to be released