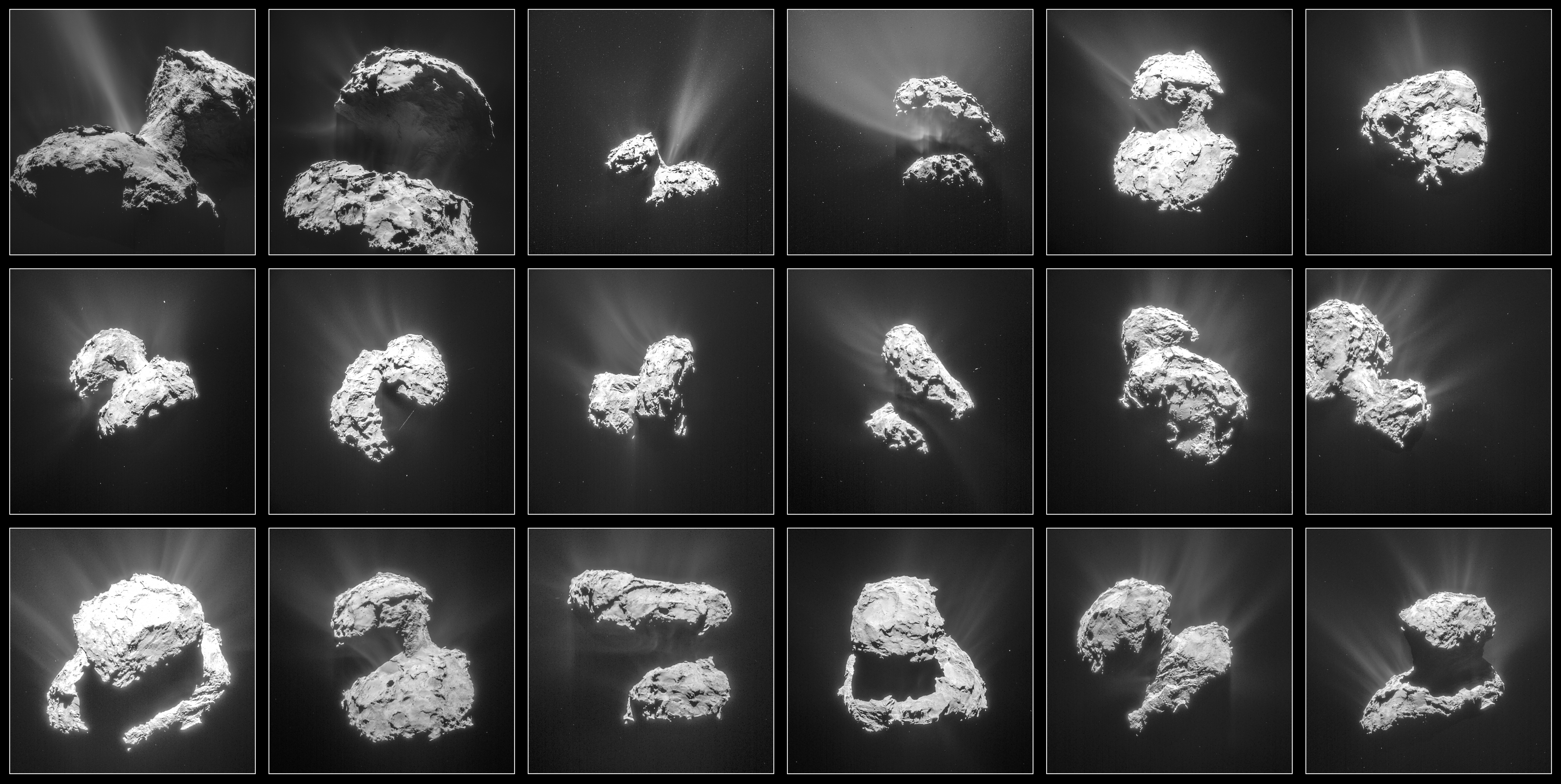 When the solar system formed nearly 4.6 billion years ago, scientists assumed that magnetic fields played some kind of role in building asteroids, comets and planets.

But measurements on the 67P/Churyumov-Gerasimenko comet are poking holes in that theory. Data collected by the Rosetta Lander Magnetometer and Plasma Monitor (ROMAP) on board the Philae lander and the Rosetta Plasma Consortium fluxgate magnetometer (RPC-MAG) on board the Rosetta probe found that to the comet's nucleus is not magnetized, meaning magnetic fields couldn't have played a predominant role in its formation.

Hans-Ulrich Auster, co-principal investigator of ROMAP and lead author of the results published in the journal Science and presented at the European Geosciences Union General Assembly in Vienna, Austria Tuesday, said the team benefited from "unplanned flight across the surface of the comet," which allowed them to "collect precise magnetic field measurements with Philae at the four points we made contact with, and at a range of heights above the surface."

"If the surface was magnetized, we would have expected to see a clear increase in the magnetic field readings as we got closer and closer to the surface," Hans-Ulrich said. "But this was not the case at any of the locations we visited, so we conclude that Comet 67P/Churyumov-Gerasimenko is a remarkably non-magnetic object."

The early solar system was little more than a swirling disc of gas and dust. Within a few million years, the sun burst into life and, soon after, the remaining material formed the asteroids, comets, moons and planets.

And because that dust contained some magnetized iron, scientists suspected that magnetic fields threading through the proto-planetary disc could have played an important role in moving material around as it started to clump together to form larger bodies.

Until now, that theory has been almost impossible to test. While comets contain some of the most pristine material in the solar system, most missions have not been able to test their magnetic fields since they were mostly rapid flybys.

It has taken the proximity of ESA's Rosetta orbiter to 67P/Churyumov-Gerasimenko, and the measurements made much closer to and at the surface by its lander Philae, to provide the first detailed investigation of the magnetic properties of a comet nucleus.

Philae not only touched down once on a landing site named Agilkia, but also came into contact with the comet's surface four times - including a grazing collision with a surface feature that sent it tumbling towards the final touchdown point at another site named Abydos.

The multiple descents and ascents meant the team could compare measurements made on the inward and outward journeys as it flew across the surface.

The magnetic field was measured during these sequences, showing that its strength did not depend on the height or location of the Philae above the surface. If the nucleus was responsible for the magnetic field, it would have grown stronger as the probe got closer to surface.

Instead, the researchers found the magnetic field was consistent with an external one, namely the influence of the solar wind interplanetary magnetic field near the comet nucleus.

"During Philae's landing, Rosetta was about 17 km above the surface, and we could provide complementary magnetic field readings that rule out any local magnetic anomalies in the comet's surface materials," says Karl-Heinz Glassmeier, principal investigator of RPC-MAG on board the orbiter and a co-author of the Science paper.

The discovery is the latest from a comet that is proving to be a boon to science. In December, scientists reviewing data from the Rosetta spacecraft determined that asteroids, not comets, delivered the bulk of water making up the Earth's oceans. Other data found the comet contains very little water ice and that its center is made of dust, rock and frozen gas.