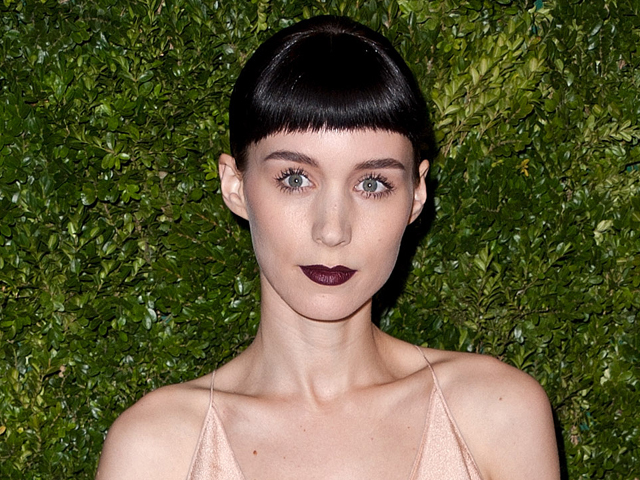 (CBS) Rooney Mara stepped out for the CFDA Vogue Fashion Fund Awards on Tuesday night, and brought a bit of her "The Girl with the Dragon Tattoo" character along with her.

The actress sported the short, jet black hair she wore to play Lisbeth Salander in the David Fincher-directed thriller, along with dark lipstick.

Mara had her hair chopped, her eyebrows bleached (which have since, as the photos show, grown back) and got multiple piercings to play the troubled hacker. The film hits theaters on Dec. 21.