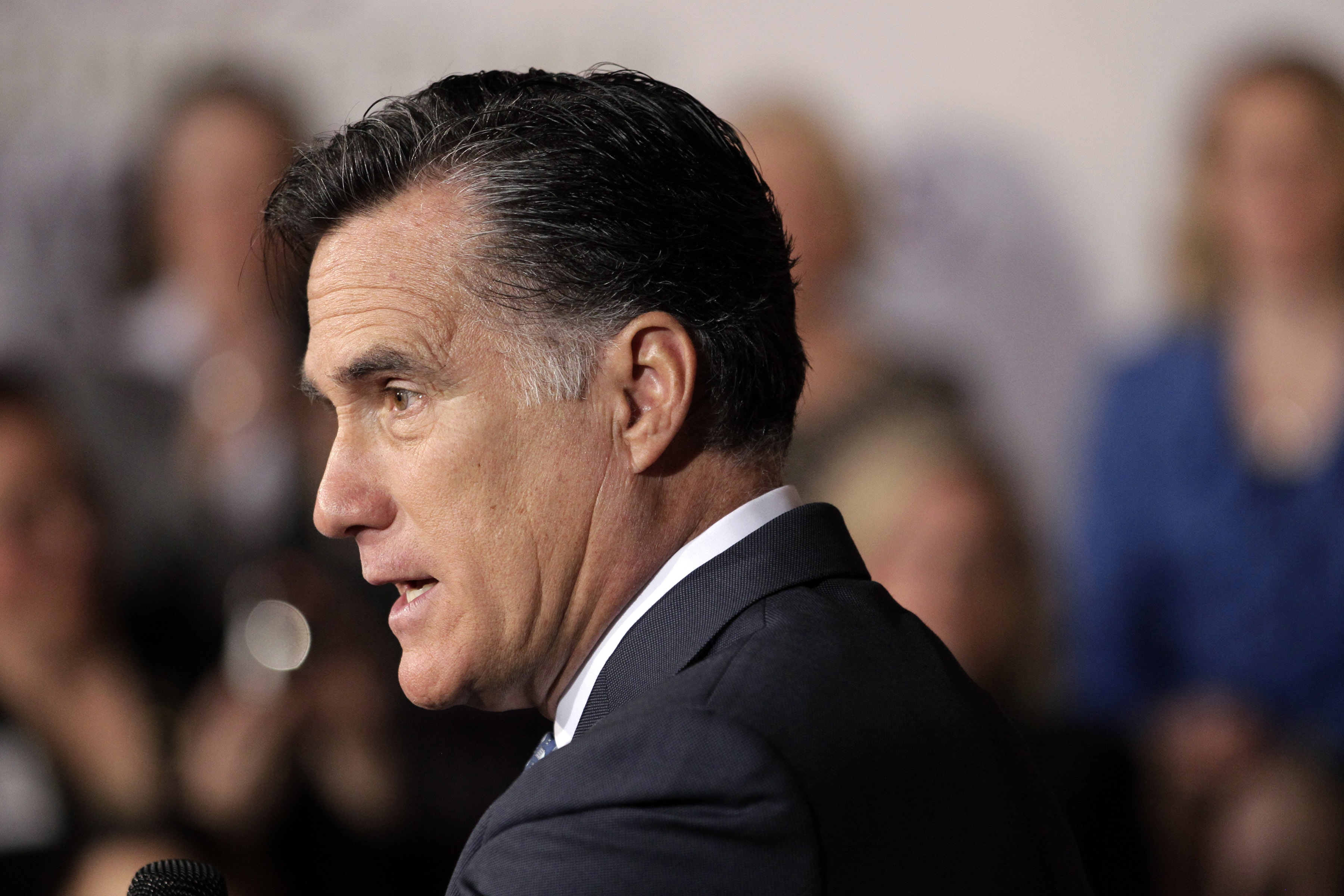 Chen drew worldwide attention with his daring escape from his home last month. He reportedly had embraced a plan to remain in China, and left the U.S. Embassy there after American and Chinese authorities worked out a potential deal. But in recent days he has told reporters that he and his family feel insecure in the hands of Chinese authorities, and that he would like to go to the United States.

The incident has threatened to overwhelm a visit to Beijing by Secretary of State Hillary Clinton and Treasury Secretary Timothy Geithner, who had hoped to focus on economic issues instead of thorny human rights concerns with the Chinese. It also threatens to undermine the confident image on foreign policy that Obama has sought to project with the one-year annivesary of the death of Osama bin Laden.

Romney, in a speech in Portsmouth, accused the administration of seeking to hasten Chen's departure from the embassy placing economic concerns above Chen's freedom.

"The reports are, if they are accurate, that our administration, willingly or unwittingly communicated to Chen an implicit threat to his family, and also probably sped up, or may have sped up the process of his decision to leave the embassy because they wanted to move on to a series of discussions that Mr. Geithner and our secretary of state are planning to have with China," Romney said.

"It's also apparent according to these reports, if they are accurate, that our embassy failed to put in place the kind of verifiable measures that would ensure the safety of Mr. Chen and his family," Romney added. "If these reports are true, this is a dark day for freedom. And it's a day of shame for the Obama administration. We are a place of freedom here and around the world, and we should stand up and defend freedom wherever it is under attack."

During the White House briefing on Thursday, press secretary Jay Carney defended the administration's handling of the dissident's situation based on his originally stated desire to remain in China.

Carney avoided commenting on new desires expressed by Chen to seek asylum in the United States, referring most questions from reporters to the State Department.

Obama reelection campaign spokesman Ben LaBolt said in a statement, "Mitt Romney's attacks on America's policies abroad ring hollow ... He has no coherent foreign policy vision, no concrete plans to enhance our security and strengthen our alliances, and he has taken conflicting positions on every major foreign policy issue facing our nation."