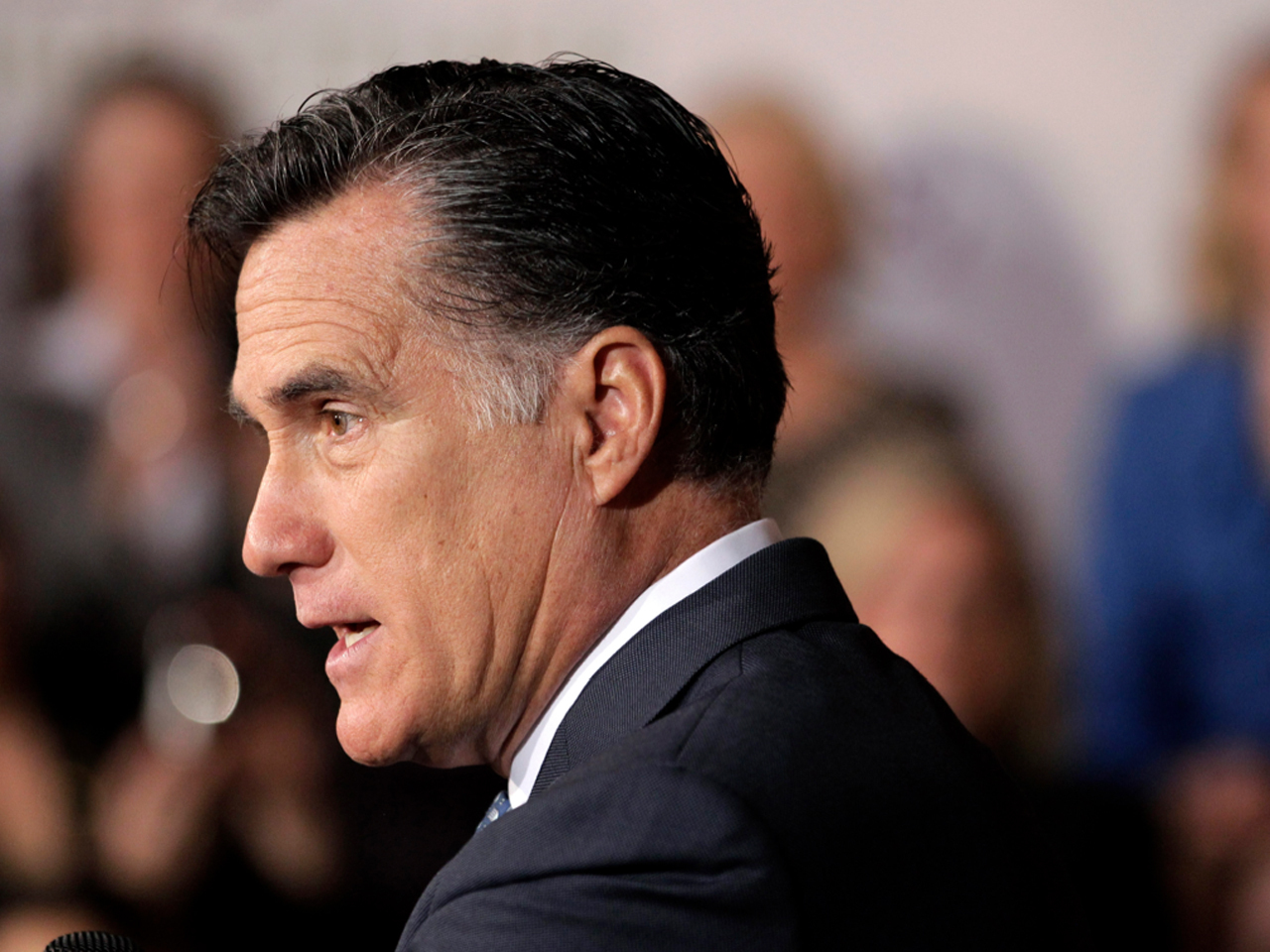 (CBS News) Republican presidential candidate Mitt Romney on Friday backed away from his support of adoptions by same-sex couples, saying that he simply "acknowledges" the legality of such adoptions in many states.

A day earlier, Romney, in an interview with Fox News' Neil Cavuto, had indicated that while he does not support same-sex marriage, he considers the adoption of children by same-sex couples a "right."

He said on Thursday: "And if two people of the same gender want to live together, want to have a loving relationship, or even to adopt a child -- in my state individuals of the same sex were able to adopt children. In my view, that's something that people have a right to do. But to call that marriage is something that in my view is a departure from the real meaning of that word."

But then on Friday, he was asked, in an interview with CBS' WBTV in Charlotte, N.C., how his opposition to same-sex marriage "squared" with his support for gay adoptions. Romney told anchor Paul Cameron, "Well actually I think all states but one allow gay adoption, so that's a position which has been decided by most of the state legislators, including the one in my state some time ago. So I simply acknowledge the fact that gay adoption is legal in all states but one."

Romney did remain consistent on one point: He said he does not intend to use President Obama's flip flop of same-sex marriage against him in the campaign. Obama, who opposed same-sex marriage when he ran for president in 2008, said this week he now supports it. Romney said, "I think the issue of marriage and gay marriage is a very tender and sensitive topic. People come out in different places on this. The president has changed course in regards to this topic. I think that's his right to do that. I have a different view than he does. I believe marriage is a relationship between a man and a woman, but I just don't think that this becomes a hot political issue dividing our nation."

On another topic, Romney said that he thinks the Occupy Wall Street protesters who targeted the Bank of America in Charlotte this week are all too young to understand what banks do or how banking works.

Asked what message he had for the protestors, Romney said, "Unfortunately, a lot of young folks haven't had the opportunity to really understand how the economy works and what it takes to put people to work in real jobs and why we have banks and what banks do. I understand it's a very understandable sentiment if you don't find a job and you can't see rising incomes, you're going to be angry and looking at someone to blame. But the people to blame and the person to blame is the president and the old school liberals that have not gotten this economy turned around.

" ... This is a time for new direction for America and for someone who understands how to get the economy going again and I do and to get good jobs again and to make sure that kids coming out of school whether high school or college can find a good job. I know how important that is. I know how angry people are that they can't find those jobs."