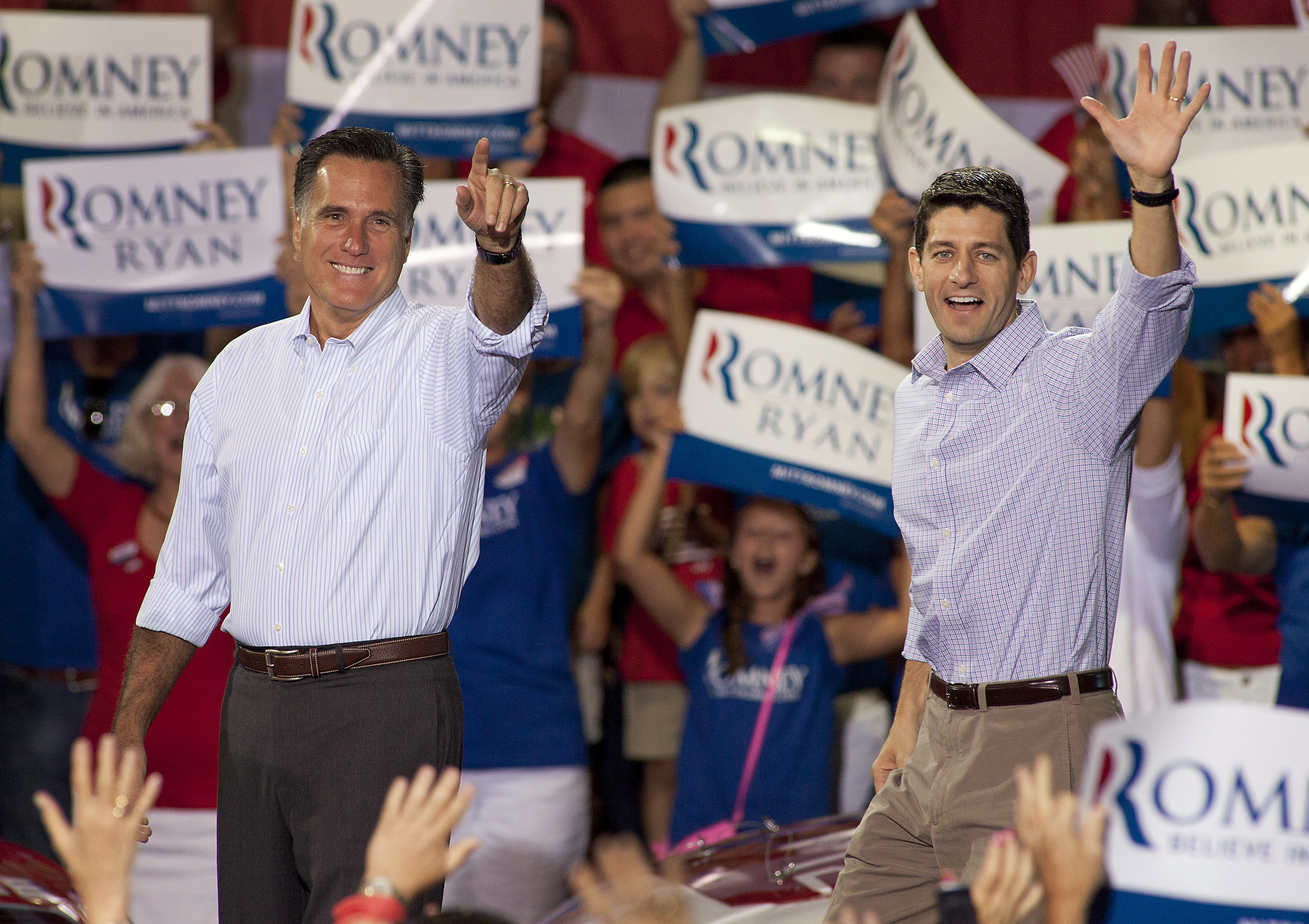 The statement on behalf of Ryan and presumptive Republican nominee Mitt Romney said the pair would "not oppose abortion in instances of rape."

Rep. Todd Akin suggested to St. Louis station KTVI on Sunday that if a "legitimate rape" occurs, "the female body has ways to try to shut that whole thing down." Even if a pregnancy did result, Akin said, "The punishment ought to be on the rapist and not attacking the child." He later said he has empathy for rape victims and acknowledged that rapes can cause pregnancy.

"Gov. Romney and Congressman Ryan disagree with Mr. Akin's statement, and a Romney-Ryan administration would not oppose abortion in instances of rape," the campaign said in a brief statement released on Sunday evening by Romney spokeswoman Andrea Saul.

Ryan, R-Wis., holds a 100 percent voting record with the National Right to Life Committee. As far back as Ryan's 1998 campaign, he is described as only finding abortion acceptable if the life of the mother is in danger, according to multiple articles in the Milwaukee Journal Sentinel that are referenced in a fact-checking article about Ryan's views. He also opposes any exceptions to a procedure known as partial-birth abortion, according to the article.

When asked earlier this month whether his views have changed since his 1998 campaign, a spokesman for Ryan told CBS News that Ryan does believe some exceptions can be made by families and their doctor when the life of the mother is at risk

Still, Ryan may have gone even further in his opposition to abortion last year when he co-sponsored the "Sanctity of Human Life Act" - also known as a "Personhood Amendment" - that sought to designate the start of human life at fertilization. The bill did not designate what exceptions, if any, would be allowed.

While Ryan's views on abortion appear to be longstanding and deeply held, they have not played a central role in his congressional career. Neither Ryan's official website nor his campaign website include a section on social issues. An essay Ryan authored for The Heritage Foundation, a conservative think tank, in 2010 ties his views on the definition of life to the issue of economic freedom, an issue he discusses much more frequently.

"I write as an unswerving proponent of both free market choice and the natural right to life. It is unfortunate that 'life' and 'choice' were ever separated and viewed as alternatives. This is a false dilemma. Logically, each implicates the other," Ryan wrote. "I am deeply committed to capitalism, the 'system of natural liberty'... Free markets create unparalleled prosperity and have a moral basis in freedom and choice."