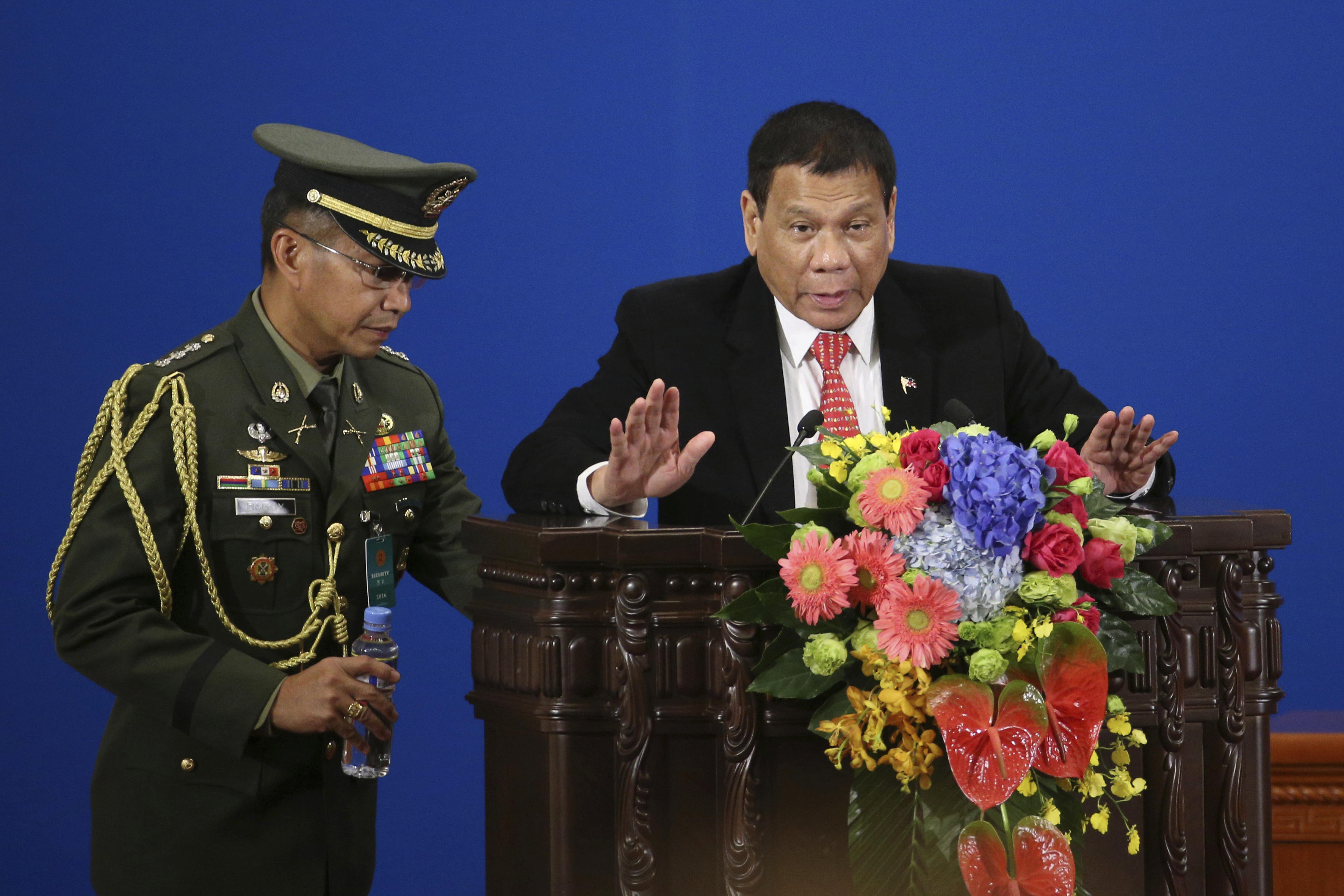 BAYBAY, Philippines -- Philippine police killed a town mayor in his jail cell in a purported gun battle, the second killing in a week of a politician linked to illegal drugs under President Rodrigo Duterte’s brutal crackdown.

Rolando Espinosa Sr., the mayor of the town of Albuera in the central province of Leyte, and a fellow inmate were shot dead before dawn Saturday after they fired at officers who staged a raid in search of firearms and illegal drugs in the provincial jail in Leyte’s Baybay city, police said.

Some officials and an anti-crime watchdog have called for an investigation of the circumstances of the killings, wondering how the mayor and the other inmate got hold of guns and what prompted them to clash with several policemen while in detention.

“Offhand, I can smell extrajudicial killing,” said Sen. Panfilo Lacson, a former national police chief, adding that the suspicious deaths were the “biggest challenge” to the credibility of the national police force, which is undertaking the anti-drug crackdown.

Last week, police killed another town mayor, Samsudin Dimaukom, and nine of his men allegedly in a gunbattle in the southern Philippines.

Espinosa and Dimaukom were among more than 160 officials named publicly by Duterte in August as part of a shame campaign. Espinosa’s son, an alleged drug lord, was arrested in the United Arab Emirates’ capital city of Abu Dhabi last month.

After being linked by Duterte to illegal drugs, Espinosa surrendered to the national police chief in August in a nationally televised event. He was later released, but was arrested last month after being indicted on drug and illegal possession of firearm charges.

Police estimate that more than 3,600 suspected drug dealers and users have been killed since Duterte took office on June 30. Many of those killed in the initial months of the crackdown were poor drug suspects, and police said “high-value targets,” including mayors and drug lords, would be their next target in a new phase of the crackdown that was launched late last month.

The unprecedented crackdown and killings have helped ease crime, but the U.S. and other Western governments, along with human rights watchdogs, have been alarmed and called for an end to the killings. One human rights advocate has called the killings under Duterte a “human rights calamity.”

Duterte has lashed out at President Barack Obama and other critics, saying he was dealing with a pandemic that has afflicted politics, corrupted even generals and threatened to turn the country into what he describes as a “narco state” similar to some Latin American countries.