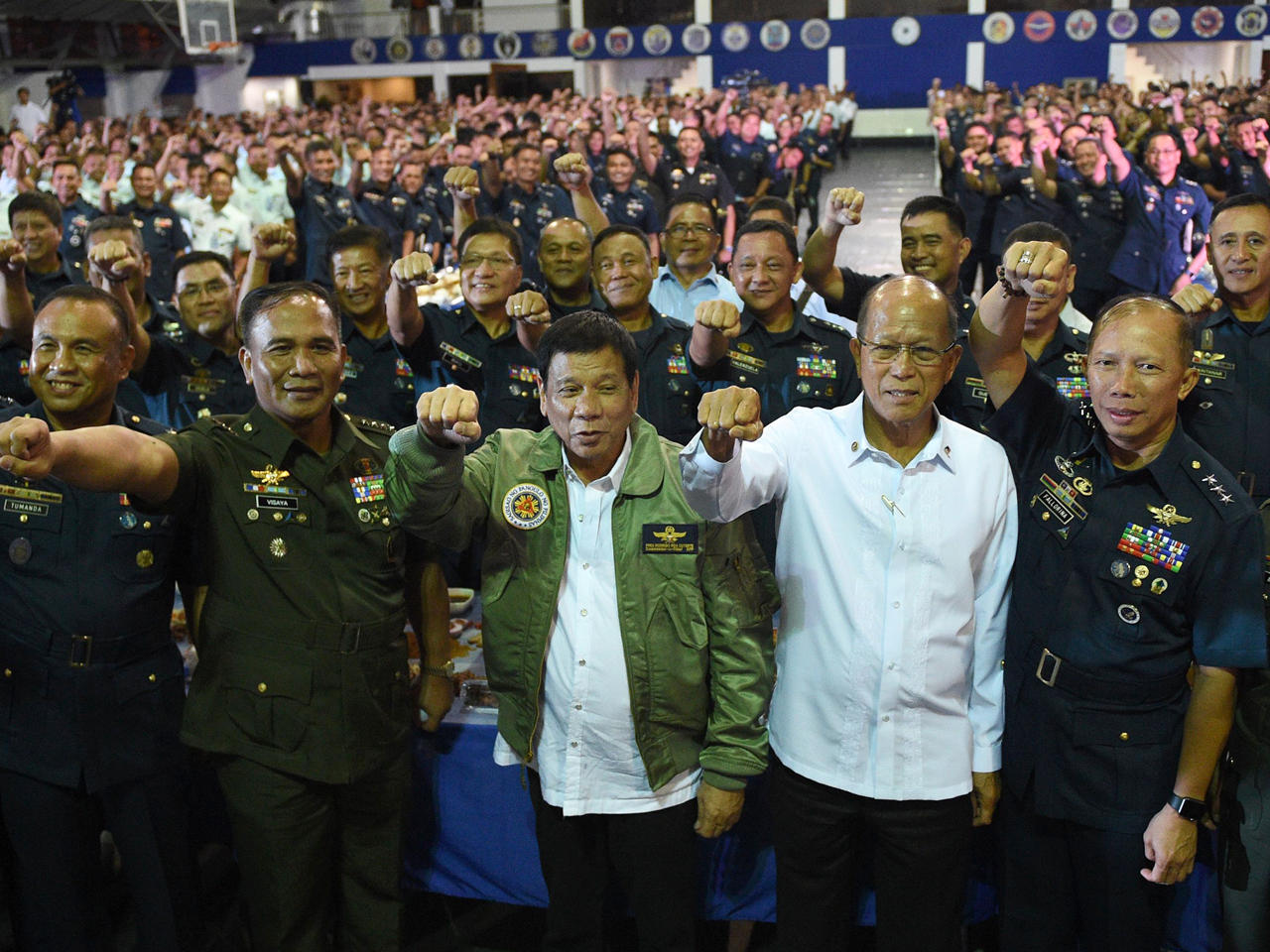 MANILA, Philippines - The Philippine president said Sunday that he may need to extend a bloody government anti-drug campaign that has left more than 3,000 people dead and been slammed by the United States and others.

Acknowledging for the first time that he may not be able to keep his campaign promise to eradicate illegal drugs in no more than six months, President Rodrigo Duterte said in jest that with the huge number of people involved, “even if I wanted to, I cannot kill them all.”

Duterte said at a news conference in the southern city of Davao that he was overwhelmed by the enormity of the problem and may need to extend his self-imposed deadline by another six months to end the scourge. He won the May 9 election on an ambitious promise to end corruption and crime, especially illegal drugs, in three to six months.

More than 3,000 suspected drug dealers and traffickers have been killed in Duterte’s campaign against drugs since he assumed the presidency in June, and 600,000 others, mostly drug users, have surrendered to authorities for fear they may be killed.

A law enforcement investigation, however, has turned up more names of people who are involved in the illegal drug trade, including many village leaders and mayors, Duterte said at the news conference. Duterte first built a name for his deadly crime-fighting style while serving as Davao’s longtime mayor before becoming president.

“I didn’t realize how severe and how serious the problem of drug menace in this republic (was) until I became president,” Duterte said.

“Even if I wanted to, I cannot kill them all because the last report would be this thick,” Duterte said, laughing.

President Barack Obama, U.N. officials and human rights watchdogs have raised concerns over the widespread killings, but Duterte has lashed back at them and other critics. He said that critics were impeding his battle against a problem that has worsened into a national security threat.

A former Filipino militiaman recently testified before a Senate committee hearing that Duterte, while he was still Davao’s mayor, ordered him and other members of a liquidation squad to kill criminals and opponents​ in gangland-style assaults that left about 1,000 dead starting in the late 1980s.

While his key officials have played down the allegations and questioned the credibility of the witness, Duterte himself has not directly reacted to the statements made by Edgar Matobato in the nationally televised Senate inquiry.

Matobato testified that he heard Duterte order some of the killings, and acknowledged that he himself carried out about 50 deadly assaults as an assassin, including a suspected kidnapper fed to a crocodile in 2007 in the southern province of Davao del Sur.

Rights groups have long accused Duterte of involvement in death squads. He has denied the claims, even while engaging in tough talk in which he stated his approach to criminals was to “kill them all.” Matobato is the first person to admit any role in such killings, and to directly implicate Duterte under oath in a public hearing.