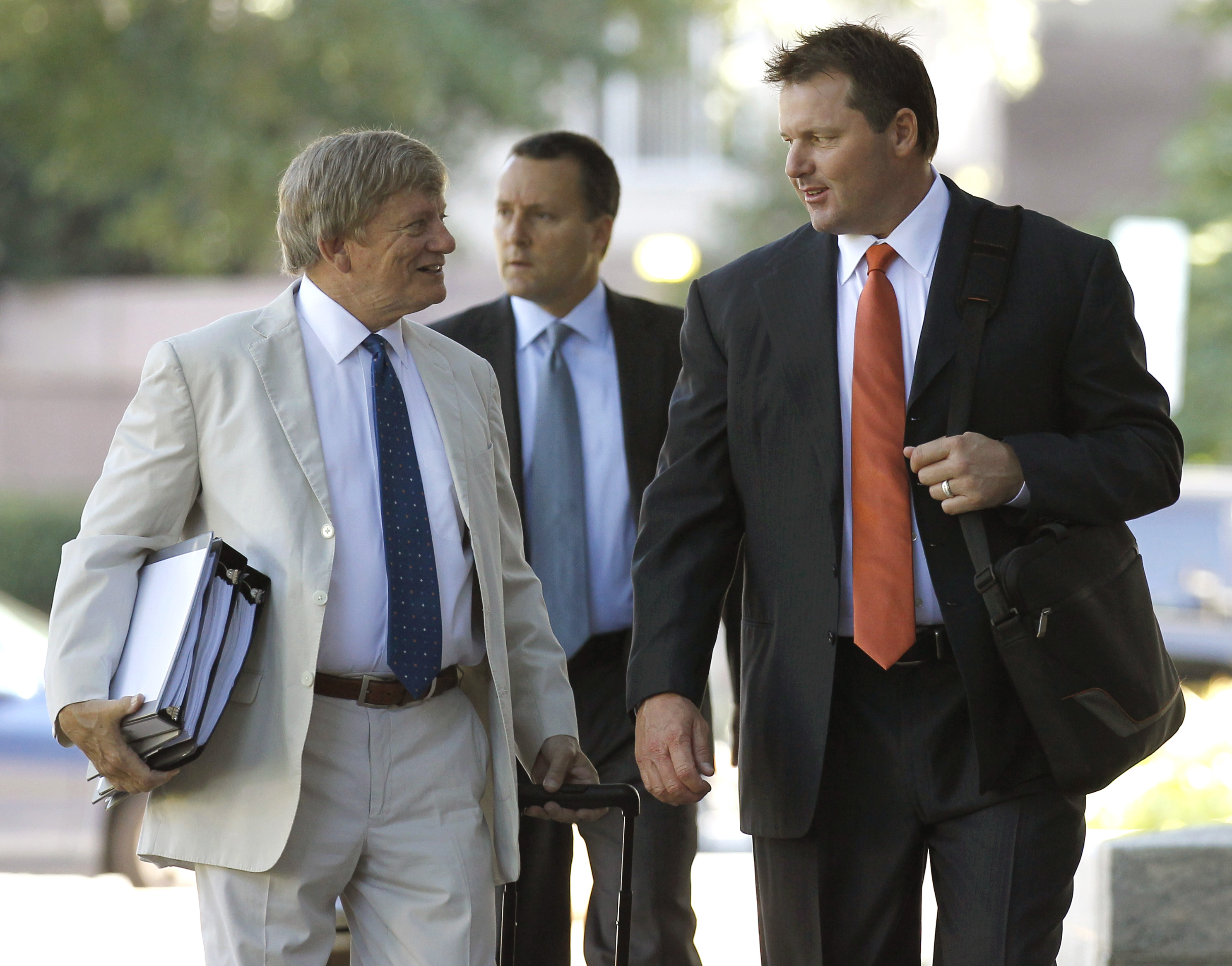 (CBS/AP) WASHINGTON - Former Major League Baseball pitcher Roger Clemens is due back in court to find out whether he will face a second trial on charges that he lied about using performance-enhancing drugs. A hearing is scheduled Friday in federal court over Clemens' motion to dismiss felony charges against him after a mistrial seven weeks ago.

Clemens is arguing that another trial would violate his constitutional protection against facing the same charges twice. He also accuses prosecutors of purposefully violating court orders to provoke a mistrial because their case was going badly.

Most legal experts agree that's a tough argument to make because the trial was called off during the second day of testimony.

Prosecutors say they unintentionally showed jurors inadmissible evidence and are asking for another chance to convict the pitching standout.