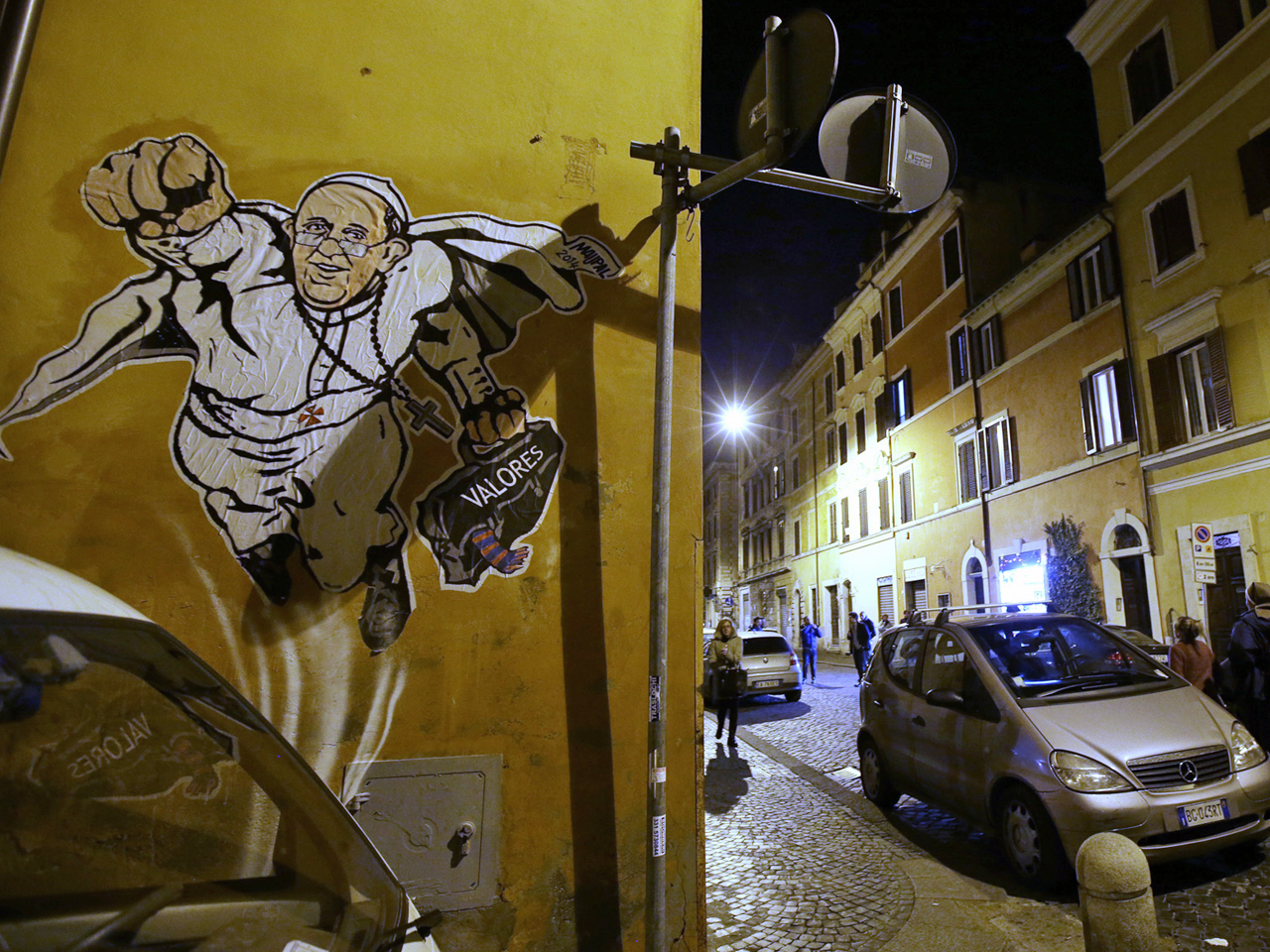 VATICAN CITY -- It wasn't enough that Pope Francis was named Time magazine's "Person of the Year" or that he fronted this week's Rolling Stone magazine. Now there's SuperPope graffiti sprouting up around the Vatican.

The white caped crusader appeared Tuesday on a wall just off Borgo Pio, a tiny cobble-stoned street near St. Peter's Square. In typical superhero fashion, Francis' right fist is thrust in the air, leading him in flight, while his left clutches his black satchel. "Valores," or values in Spanish, is written across it.

The artist is identified only as Maupal.

Francis has charmed the masses with his simplicity and message of helping the poor, even as he has cracked down on Vatican waste and corruption.

The Vatican communications office approved of the image, tweeting a photo Tuesday.