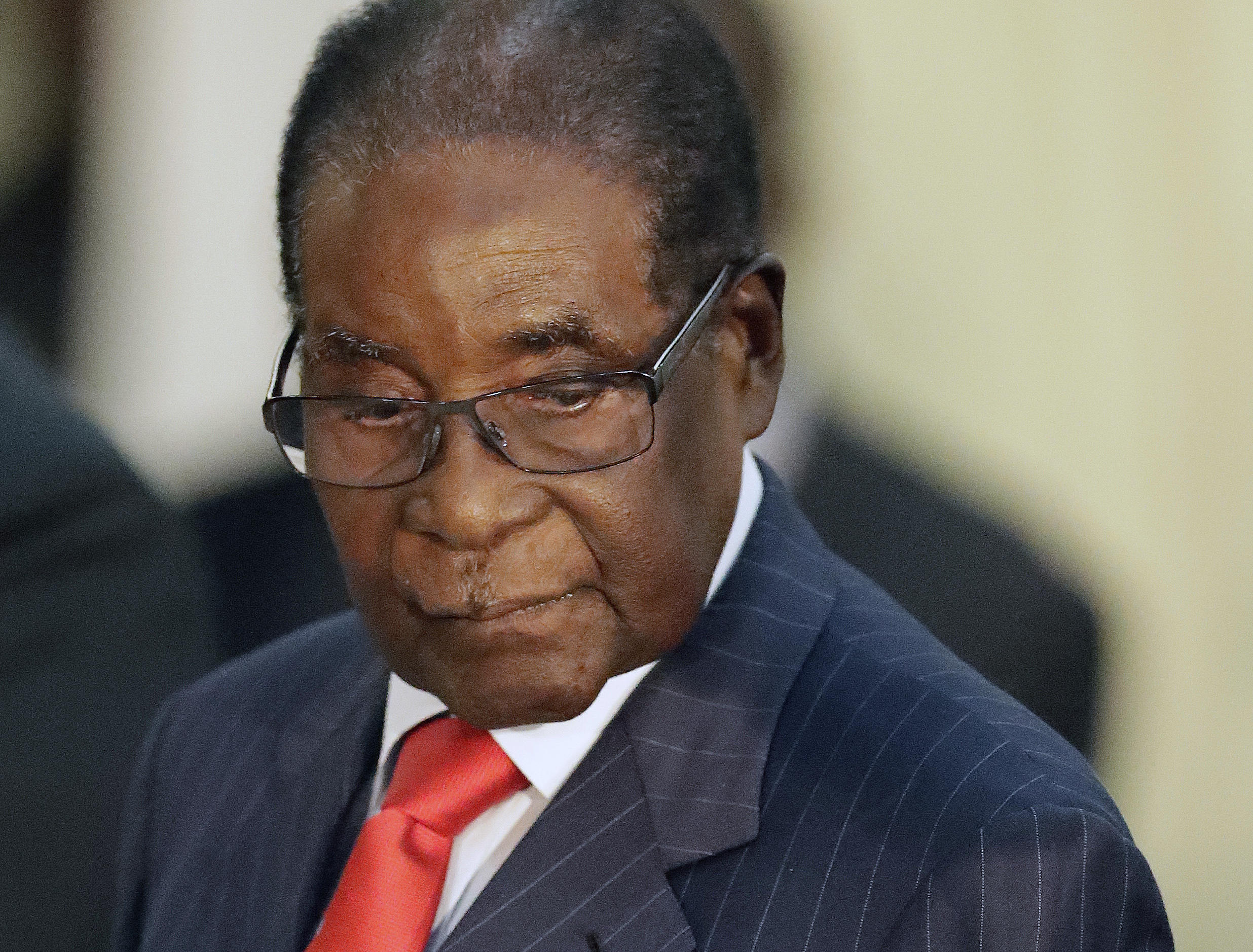 HARARE, Zimbabwe -- Zimbabwe's army said Wednesday it has President Robert Mugabe and his wife in custody and is securing government offices and patrolling the capital's streets following a night of unrest that included a military takeover of the state broadcaster.

The night's action triggered widespread speculation of a coup, but the military's supporters praised it as a "bloodless correction."

CBS News correspondent Debora Patta reports that while the military and its backers refuse to call it a coup, it certainly has all the hallmarks of one, and one of Africa's longest-standing dictators could be forced to step down.

The U.S. Embassy closed to the public Wednesday and encouraged citizens to shelter in place, citing "the ongoing political uncertainty through the night." The British Embassy issued a similar warning, citing "reports of unusual military activity."

For the first time, this southern African nation is seeing an open rift between the military and Mugabe, the world's oldest head of state, whose rule since independence from white minority rule in 1980 has been defined by charges of corruption and abuse of power. The military has been a key pillar of his power.

As Patta reports, Mugabe is the only president Zimbabwe has known for the past 37 years -- ruling the country through a ruthless dictatorship. The current crisis was triggered when he fired Vice President Emmerson Mnangagwa -- who is backed by ruling party ZANU-PF leaders to take over power from the ailing 92-year-old Mugabe.

But Mugabe wanted to keep it all in the family – pushing his 52 year old wife Grace to succeed him. Patta says the first lady is deeply unpopular with the Zimbabwean people, however; often referred to as "Gucci Grace" because of her lavish shopping sprees in neighbouring South Africa.

Armed soldiers in armored personnel carriers stationed themselves at key points in Harare, while Zimbabweans formed long lines at banks in order to draw the limited cash available, a routine chore in the country's ongoing financial crisis. People looked at their phones to read about the army takeover and others went to work or to shops.

In an address to the nation after taking control of the Zimbabwe Broadcasting Corporation, an army spokesman said early Wednesday the military is targeting "criminals" around Mugabe, and sought to reassure the country that order will be restored.

It was not completely clear where Mugabe, 93, and his wife were Wednesday, but it seemed they were in the custody of the military. "Their security is guaranteed," the army spokesman said.

"We wish to make it abundantly clear that this is not a military takeover," the army statement said. "We are only targeting criminals around (Mugabe) who are committing crimes that are causing social and economic suffering in the country in order to bring them to justice."

The spokesman added "as soon as we have accomplished our mission, we expect that the situation will return to normalcy." The army spokesman called on churches to pray for the nation. He urged other security forces to "cooperate for the good of our country," warning that "any provocation will be met with an appropriate response."

South Africa's president said he hoped Zimbabwe's military would respect the constitution, "so the situation will not go beyond the situation where it is now." President Jacob Zuma addressed his nation on television not long after speaking with Mugabe by phone. He said Mugabe was "fine," but confined to his home.

In spite of the denials, the leader of Zimbabwe's primary opposition People's Democratic Party said it was clear a coup had taken place -- and the opposition had mixed feelings about it.

"If it fluffs like a duck, waddles like a duck, then it's a duck. This is a coup. There's no question about that," PDP leader Tendai Biti said Wednesday. "So, we condemn the extra-legal extraction of power from an elected civilian authority but, having said that, we must acknowledge the deep structural underlying causes that would have led the army to do what they are doing now with its pacification or whatever lipstick or mascara they might want to put on."

Biti said there were "deep challenges" facing Zimbabwe under Mugabe, including "an economic meltdown."

"This is the time to introduce an inclusive national transitional authority that will establish a roadmap towards a democracy that will set the basis of a new election, but most importantly that will deal with the underlying causes of this coup to make sure that in five years time we don't have another similar situation of 'pacification,'" Biti said.

Overnight, at least three explosions were heard in the capital, Harare, and military vehicles were seen in the streets.

The military actions appear to put the army in control of the country. Army commander Constantino Chiwenga had threatened on Monday to "step in" to calm political tensions. Mugabe's ruling ZANU-PF party responded by accusing the general of "treasonable conduct." But now Chiwenga appears to be in control.

The army has been praised by the nation's war veterans for carrying out "a bloodless correction of gross abuse of power." The military will return Zimbabwe to "genuine democracy" and make the country a "modern model nation," said Chris Mutsvangwa, chairman of the war veterans' association, told The Associated Press in Johannesburg.

Mutsvangwa and the war veterans are staunch allies of Emmerson Mnangagwa, who was fired from his post of vice president by Mugabe last week. Mnangagwa fled Zimbabwe last week but said he would return to lead the country.

On Wednesday morning, the ZANU-PF party sent a tweet saying Mnangagwa had been named interim president.

In an interview with the Reuters news agency, Chris Mutsvangwa "called for South Africa, southern Africa and the West to re-engage Zimbabwe, whose economic decline over the past two decades has been a drag on the southern African region," as Reuters put it.

"This is a correction of a state that was careening off the cliff," he remarked to Reuters. "It's the end of a very painful and sad chapter in the history of a young nation, in which a dictator, as he became old, surrendered his court to a gang of thieves around his wife."