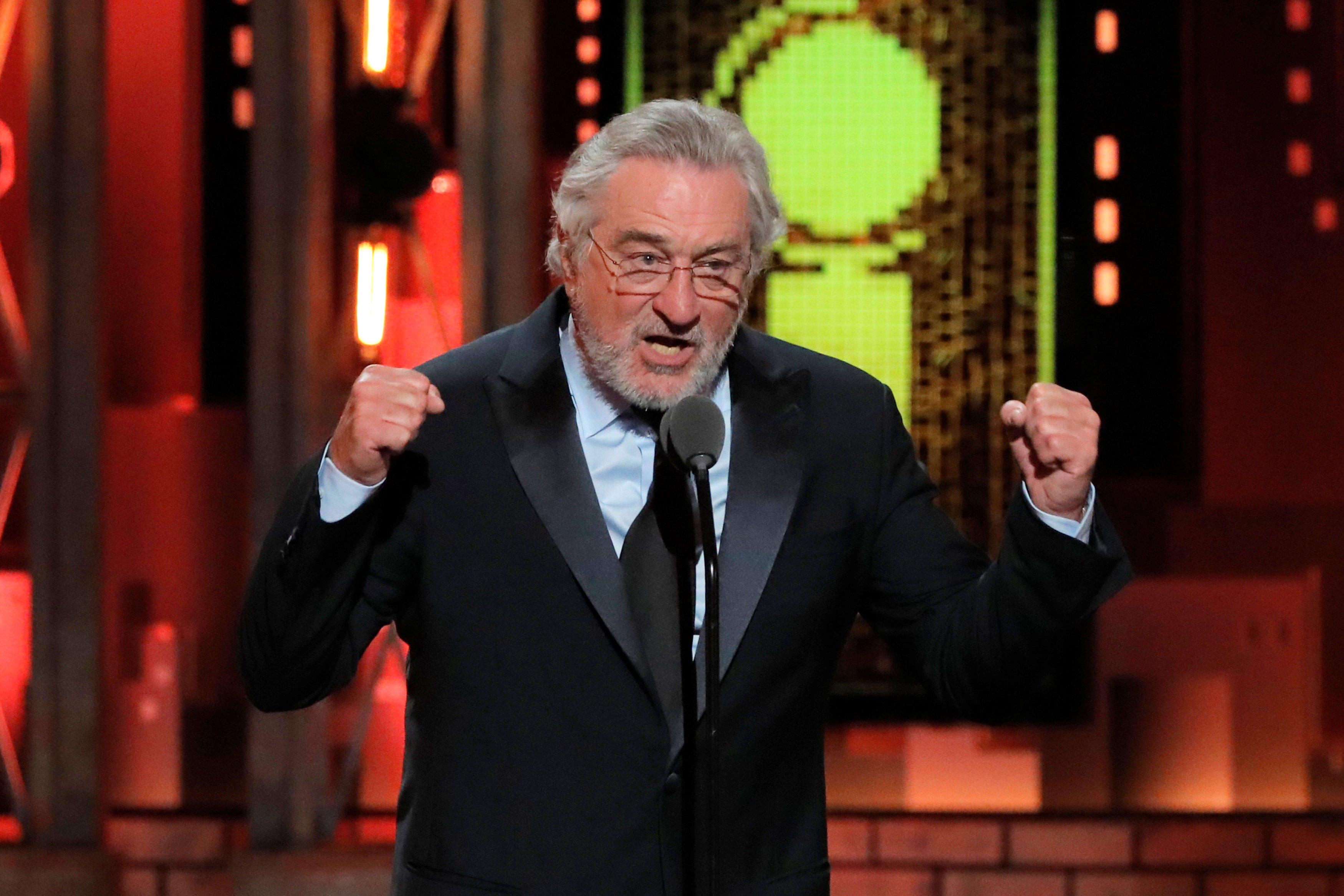 NEW YORK -- With a bleep on live television and double fists raised in the air, Robert De Niro got the theater crowd on its feet at the Tony Awards. His rousing political introduction of his old friend Bruce Springsteen that was focused squarely elsewhere – on President Trump. De Niro, a staunch Trump opponent, dropped a couple of F-bombs heard clearly by the Radio City Music crowd Sunday night. The CBS television audience heard dead silence instead before he raised his arms – twice – and earned a sustained standing ovation.

The legendary actor urged the audience to vote in November and lauded Springsteen for his own political commitment before the singer sat at a piano for a moving performance based on his "Springsteen on Broadway" show that had him singing his classic hit, "My Hometown."

De Niro said of Springsteen: "Bruce, you can rock the house like nobody else and even more importantly in these perilous times, you rock the vote, always fighting for, in your own words, truth, transparency and integrity in government. Boy, do we need that now."

The anti-Trump sentiment swept backstage as playwright Tony Kushner and others from "Angels in America" spoke to reporters about its three big wins: best play revival and acting trophies for Andrew Garfield and Nathan Lane

"I agree," Kushner said when asked about the De Niro moment, dropping an F-bomb of his own in relation to the president.

"I can't believe De Niro did that," Kushner said. "Good for him. I mean, it's Robert De Niro. Who's gonna argue with him?"

Kushner went even further, calling Trump's presidency "the Hitler mistake" that put a "borderline psychotic narcissist in the White House."