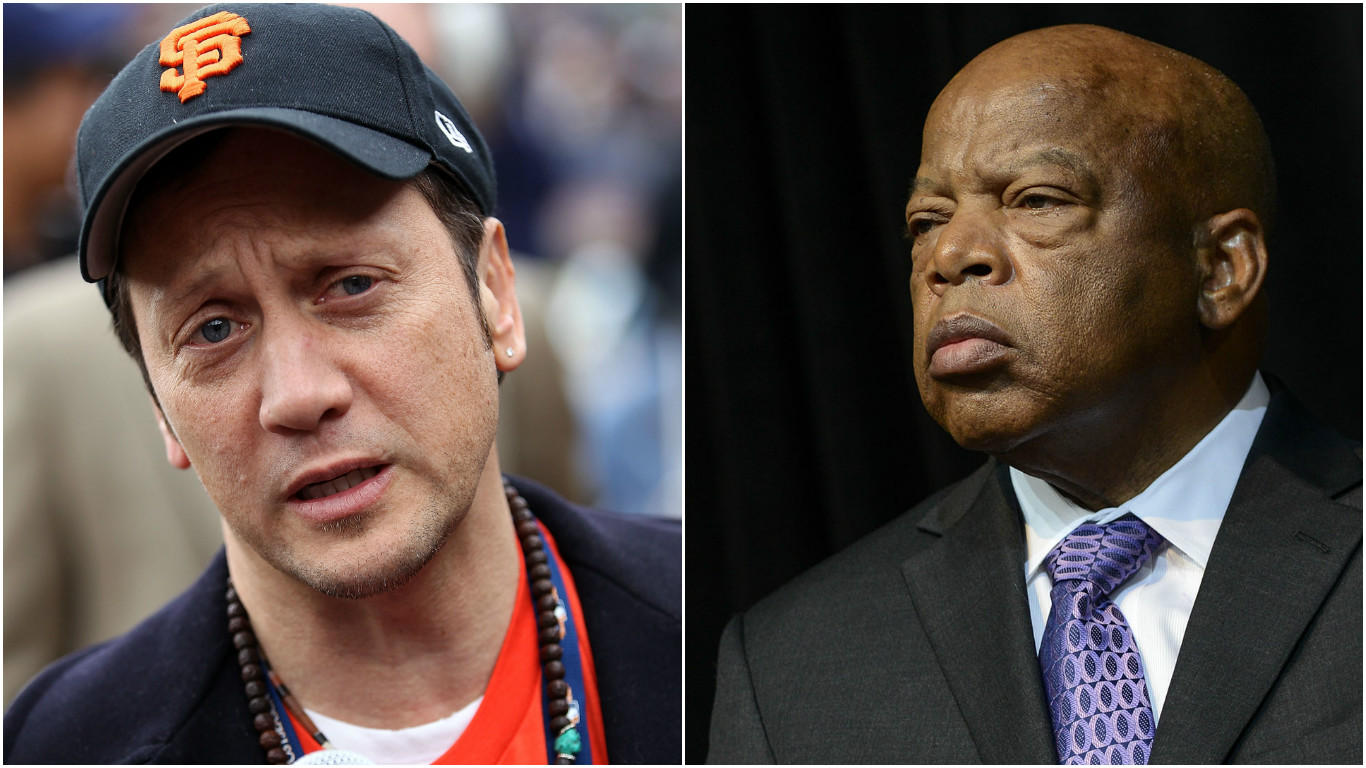 On Martin Luther King, Jr. Day, most celebrities stick to posting messages and photos supporting King’s movement, and all that he was able to accomplish during the civil rights era.

But comedian and actor Rob Schneider threw his hat into the recent feud between President-elect Donald Trump and Rep. John Lewis -- and it didn’t go over very well.

After Lewis told NBC News’ “Meet the Press” he doesn’t see Trump as a “legitimate” president, Trump responded claiming Lewis -- a civil rights pioneer who was beaten in Selma on Bloody Sunday and fought alongside Dr. King himself -- is all “talk,” no action. The resulting media storm left celebrities and politicians, both red and blue, defending Lewis. Dozens of lawmakers are boycotting Trump’s inauguration in a show of support, while some have taken the president-elect’s side.

Schneider, who is arguably best known for being Adam Sandler’s movie sidekick in the early to mid-2000s, was the latest to get involved when he voiced his opinion Monday. In a tweet, he explained to Lewis how he thinks King would have behaved in the current political climate.

Twitter users didn’t take well to Schneider’s message, and were quick to call him on it. The actor, they say, has no right to lecture Lewis of all people on how to fight for civil rights.

Many also pointed out Schneider’s numerous stereotypical and often offensive portrayals of minorities in his movies.

Schneider has yet to address the criticism -- and seems to be looking forward to the next four years.