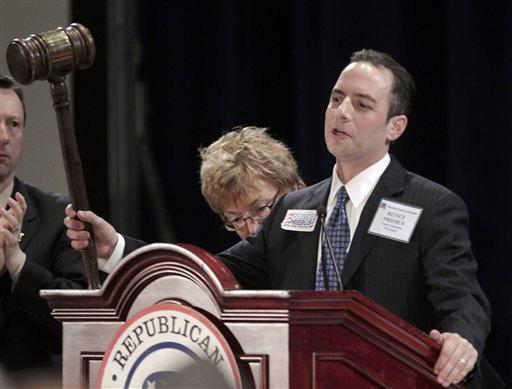 (CBS News) The Republican National Committee on Wednesday requested that the Government Accountability Office investigate President Obama's use of government funds for campaign trips, crying foul over Obama's trips to attend fundraisers and to rally support for student loan legislation on college campuses.

"Throughout his administration, but particularly in recent weeks, President Obama has been passing off campaign travel as 'official events,' thereby allowing taxpayers, rather than his campaign, to pay for his reelection efforts," says the letter from RNC Chairman Reince Priebus to GAO Comptroller Gene Dodaro. "Given the recent excesses, waste, and abuse uncovered in the General Services Administration, the GAO should be particularly sensitive to misuse of taxpayer dollars."

It's unlikely the letter itself will lead to any official action. A GAO spokesman said the agency, which is the investigative arm of Congress, acts only on requests from lawmakers. However, Kirsten Kukowski, an RNC spokeswoman, expressed confidence that a member of Congress, presumably a Republican, would be willing to request an investigation on the party's behalf.

"It goes to holding him accountable," she said.

The RNC letter cites presidential trips to North Carolina, Colorado, and Iowa, where Obama gave speeches encouraging Congress to pass legislation that will prevent interest rates from going up on federal Stafford Loans. Those events, held in front of "cheering crowds of college students," were "widely reported to be equivalent to campaign events," the committee alleges.

The letter also cites a campaign swing two weeks ago through Florida, where Obama held three fundraisers and one event related to Buffett Rule legislation, which would set a minimum tax rate of 30 percent on households earning more than $1 million a year. These events constitute a worsening "pattern of behavior," Priebus wrote.

A White House spokesman maintained that the travel was part of Obama's "official responsibility to get outside of Washington, D.C., hear from students, and discuss stopping interest rates on their loans from doubling in July - just like Friday's trip to Fort Stewart in Hinesville, Georgia to meet with troops, veterans, and military families is likewise part of the president's official responsibilities."

Spokesman Eric Schultz said in a statement, "When there is political travel, we follow all rules and regulations that all other administrations have followed."

The president's travel is a perennial election-year issue largely because the president's campaign can conceal how much money it reimburses the government for the political portion of trips. The New York Times noted in a recent article that a 2010 regulatory change may leave the political parties picking up more of the tab than ever. Campaign rules now require the president's campaign to reimburse the government for the cost of chartering a 737 aircraft, rather than the cost of first-class commercial airfare, the previous standard.

In his letter, Priebus also took the opportunity to zing the administration about the recent scandal over luxury trips taken by top officials of the General Services Administration. "Understandably, much of your time may be currently occupied investigating the lavish, taxpayer-funded General Services Administration Vegas vacation. And assuming your office, unlike GSA, does not employ a mind reader, we felt it was necessary to file a formal complaint," he wrote, a reference to recent revelations that GSA officials hired a mind reader to entertain employees on one of the trips.