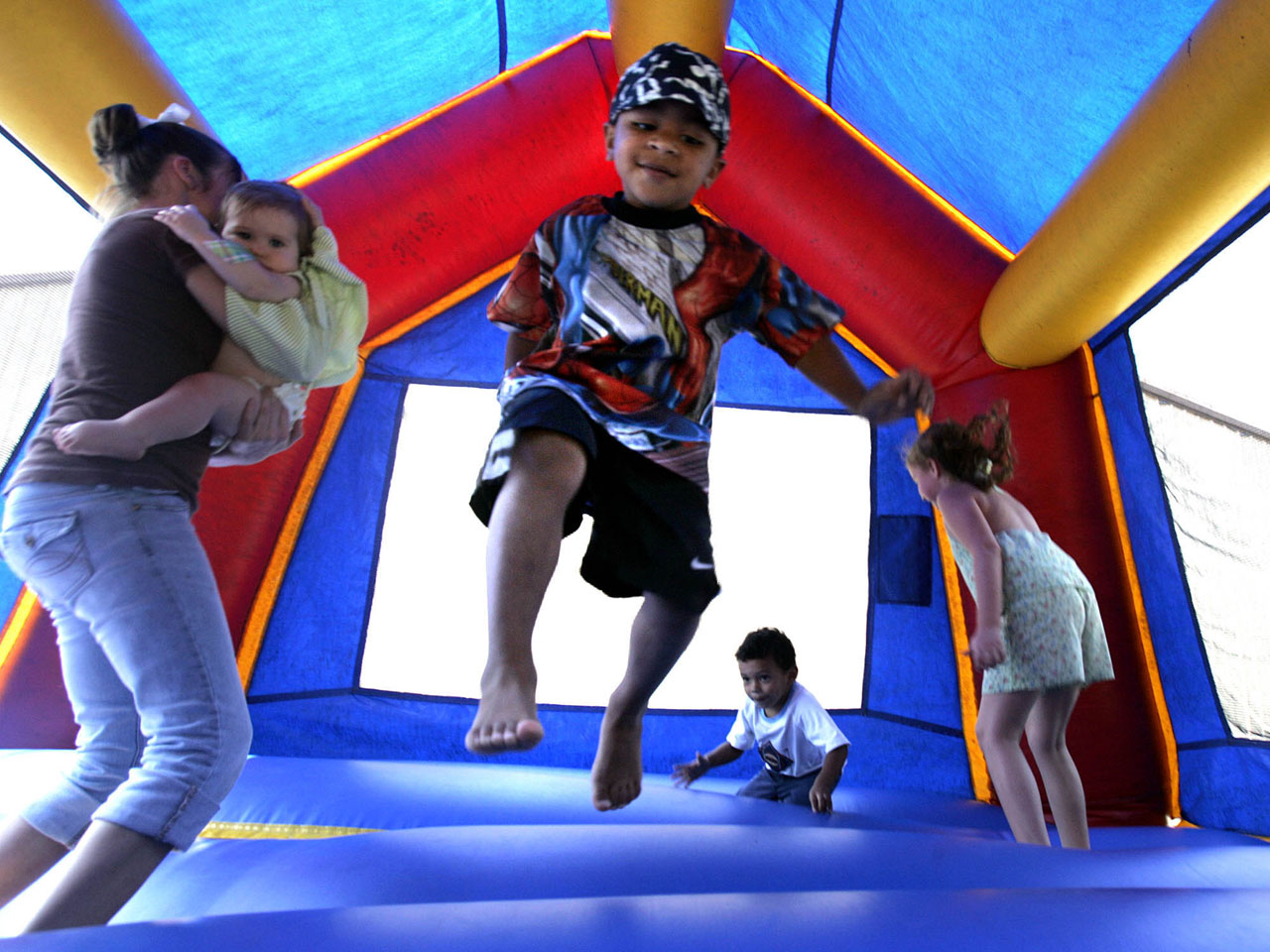 Bounce houses, castles, moonwalks and other inflatable bouncers are injuring U.S. children at "alarming" rates, according to a new study.

Months after pediatricians sounded the alarm on trampoline injuries, a study from the Nov. 26 issue of Pediatrics shows that the number of injuries from bouncy castles and similar party fare has climbed 15-fold since 1995, causing more than 5 injuries per every 100,000 American children.

"The medical and public health community has yet to provide recommendations on the safe use of inflatable bouncers," study author Dr. Gary A. Smith, director of the Center for Injury Research and Policy at Nationwide Children's Hospital, who is also a professor of pediatrics at The Ohio State University College of Medicine, said in a written statement. "The growing epidemic of inflatable bouncer injuries make it clear that it is time to do so."

Smith and colleagues analyzed records from the National Electronic Injury Surveillance System database that contains information on emergency department visits for children 17 years old or younger. Between 1990 and 2010, they identified almost 65,000 injuries tied to inflatable bouncers.

The rate increase was more rapid in recent years, with the annual injury rate doubling between 2008 and 2010, with 31 children treated daily in a U.S. emergency room for an injury caused by a bouncer. That's one child every 46 minutes nationally.

Falls accounted for 43 percent of injuries, followed by stunts and collisions. Forty-four percent of the injuries occurred at a recreational setting and 38 percent occurring at home.

About three percent of all injuries required hospitalization, mostly for broken bones. The majority of patients were male (about 55 percent) and average age was about 7-1/2 years old.

"It is time for us to take action to prevent these injuries," said Smith. "Ensuring that parents are aware of the potential risks, improving surveillance of the injuries, developing national safety guidelines and improving bouncer design are the first steps."

Smith's study recommends keeping kids under 6 out of the bouncy houses and castles, allowing only one child in the bouncer at a time, and having parental supervision at all times. If more than one child will be on the bouncer at the same time, make sure they are about the same age and size.

Laura Woodburn, a spokeswoman for the National Association of Amusement Ride Safety Officials, told the Associated Press that those recommendations are often listed in manufacturers' instruction pamphlets.

"Because children are the end users and because companies typically do not provide the supervision on rented inflatable bouncers, the burden of safety falls ultimately on the parents' shoulders," Dr. Tigran Avoian, an orthopedic surgeon at Los Angeles Orthopaedic Hospital who was not involved in the research, told HealthDay. He said bouncers can be fun and safe when used properly. "Parents should be familiar with the risks and dangers and should receive proper supervision instruction."

In September, The American Academy of Pediatrics released new guidelines discouraging against recreational use of trampolines, saying the devices contribute to 70 injuries per 100,000 kids and there is no clear way to reduce risk, despite numerous warnings. Many of those injuries were caused by multiple children bouncing at the same time, with smaller kids more likely to get injured by their bigger playmates.