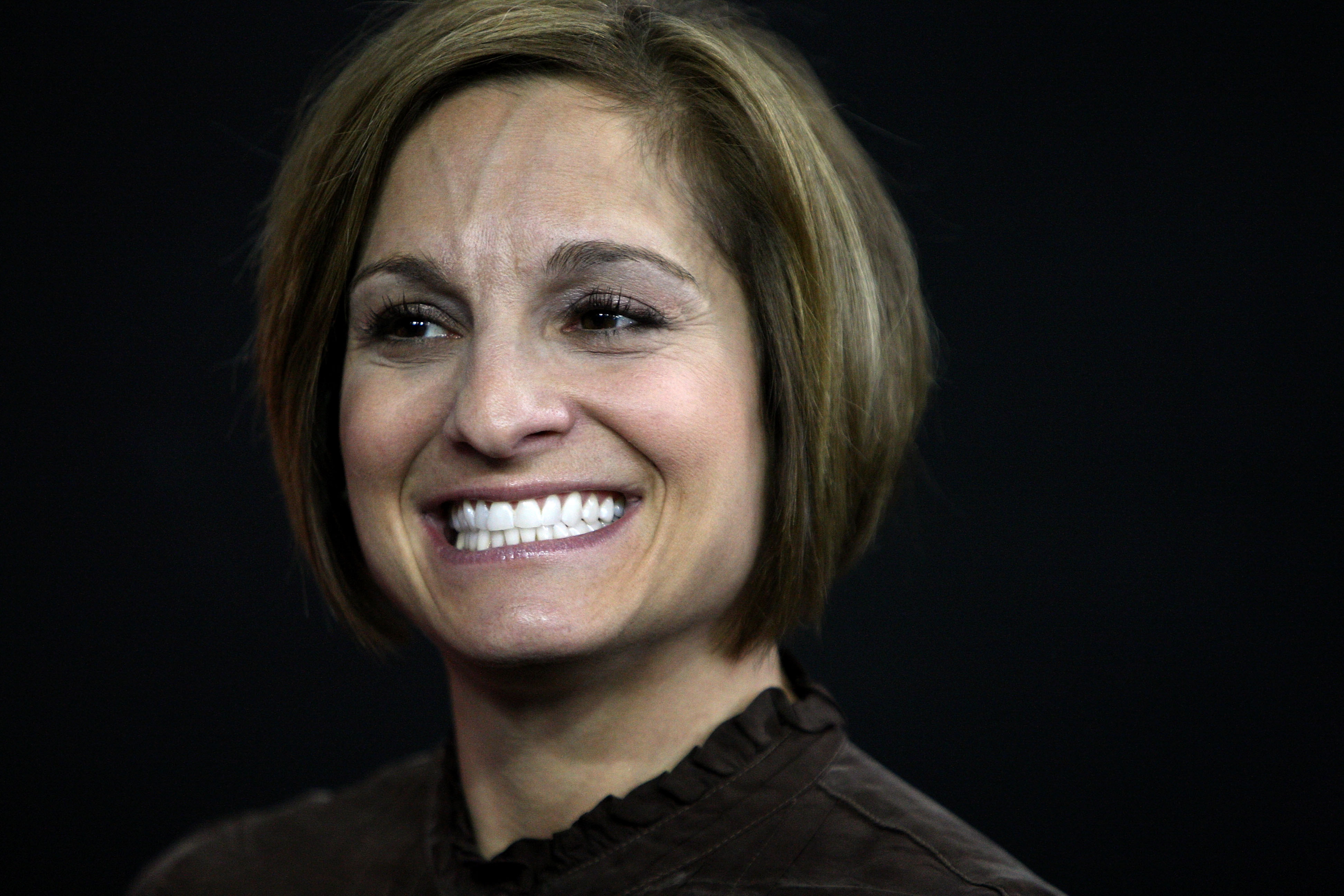 American female gymnasts are undoubtedly the best athletes in their sport today. It's hard, though, to watch the girls of the "Final Five" and not think about the pioneers who came before them decades ago.

Mary Lou Retton is one of them. In 1984, Retton became the first American woman ever to win the individual all-around gold medal at the Olympics. In the years since her historic win, Retton has been focused on health, fitness and raising her four daughters.

She has just joined forces with Nature's Bounty for the "Dear Future Me" campaign to commit to a healthier future lifestyle. She told CBS News how this came about, and why she's excited about the state of gymnastics today.

Can you talk to me first about why you decided to partner with "Nature's Bounty?"

Retton: Living a healthy lifestyle has been something very important to me. I was given the title of Fitness Ambassador after I retired from competitive gymnastics, because working out and living a healthy lifestyle was very important to me. I feel very grateful that I am at a state in my life now where I can pick and choose the people, brands and companies that I team up with and "Nature's Bounty" is a no-brainer win-win for me.

This campaign called "Dear Future Me" is designed to help you commit to living a healthy lifestyle for your future, starting today. That's something that is really important to me and that I've done. Taking vitamins and supplements was important back then for me and even now as a wife and mother of four very athletic daughters. I have a lot of joint issues from my professional athletic career, so taking vitamins is part of my healthy regime.

If you could tap back into when you were a professional gymnast -- is there some advice you wish you would have gotten or something you would have done differently?

Retton: I probably would not have done anything different honestly. I have body issues that I'm dealing with today, but I wouldn't have changed anything. To have the opportunity to represent Team USA and the Olympics was what I dreamed of every single night since I was 7 years old.

Back in the 80s we just didn't have the information we do today -- we weren't knowledgeable about nutrition and fueling the body. Maybe if we knew more about that or the benefits of drinking more water; that those "little things" were actually big things. Today we just know so much more. The techniques have also just improved dramatically; other than that I wouldn't change anything.

We've watched the "Final Five" completely dominate the Rio Olympic Games. What is your take on this current team?

What makes these girls so good?

Retton: It's the system of things and honestly it was Béla and Márta Károlyi's system and how they train. They train so much smarter today and we know so much more, and the equipment is so much better; there's a lot of different things that attribute to how dominant we are.

Back in my day, the role models I looked to were in Russia and Romania -- that was back in the Communist days. Communism has fallen and I'm happy because they are free now, but Romania-- which was a dominant force back in the 90s -- didn't even qualify as a team (this year). There is just no money, no one is funding the athletics teams, so everything is just going downhill and they are coming to America to coach because we are the land of the dreams and dreams happen here, and work is here.

An investigation by "The Indianapolis Star" earlier this month revealed that USA Gymnastics may have failed to notify authorities of sexual abuse allegations by its coaches. What was your response when you heard about that?

Mary Lou: You know I haven't had a chance to read the report I can just say this: I am the mother of four daughters and I am mama bear. And my job is to protect my daughters. It's an ongoing investigation, but we really need to protect our daughters.

The relationship between a coach and a player is very close. There is a lot of trust bestowed on the coaches by parents. Can you talk about your relationship with coaches throughout your career?

Mary Lou: I mean, I had to move away from home and to Houston to train with the Karolyi's, and they became my surrogate parents. I was happy with them because they had a daughter, but I mean you are in the gym with them eight hours a day and they become a mother and/or father figure to you. I believe that God gave me a talent and ability in the world of gymnastics and I believe he also brought special coaches in my life. It is a 50/50 thing -- I had the talent but they knew how to bring it out of me. That relationship is really important.

What do you tell young girls looking to pursue a career in gymnastics?

Mary Lou: We can do anything. There are more women athletes than men in the Team USA delegation. We have made tremendous strides in the world of sports. Back in my day, there was not this opportunity for women in sports. I praise God that my daughters can do anything they want today. Live your life with no regrets, don't wake up and say you wish you would have tried that and don't be afraid of failure because I learned so much more from my failures than my successes and that has helped me so much in my adulthood.

You actually learn a lot of this stuff when you are a child so you can go out there and do a flip. And the magic of gymnastics is that there is no fear when you are young -- but the longevity in the sport is so different now. Look at Aly (Raisman) and Gabby (Douglas), this was their second Olympic games. I have tremendous respect for them because they train smarter and we know so much more.