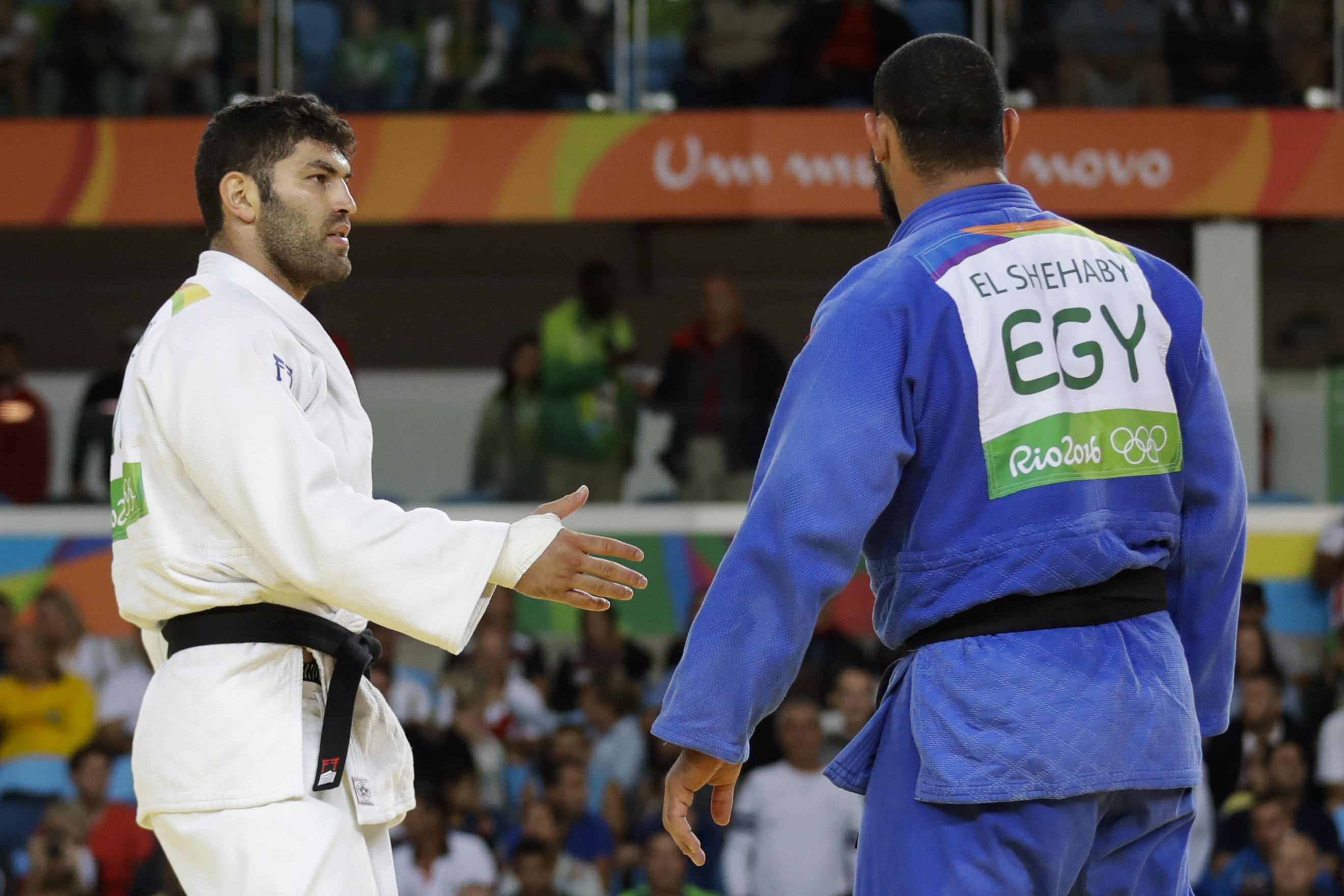 Sasson defeated El Shehaby with two throws for an automatic victory, with about a minute and a half remaining in the bout.

Afterwards, El Shehaby lay flat on his back for a moment before standing to take his place before Sasson, in front of the referee. When Sasson extended his hand, El Shehaby backed away, shaking his head.

The referee then called El Shehaby back to the mat and obliged to him bow; El Shehaby gave a quick nod of his head.

Judo players typically bow or shake hands at the beginning and end of a match, as a sign of respect in the Japanese martial art.

The International Judo Federation said that the fact that the fight even took place between those two athletes was already a major sign of progress.

"This is already a big improvement that Arabic countries accept to (fight) Israel," spokesman Nicolas Messner said in an email. He said there was no obligation to shake hands, but to bow is mandatory.

Messner said that even though El Shehaby ultimately bowed, "his attitude will be reviewed after the games to see if any further action should be taken."

El Shahaby had come under pressure from Islamist-leaning and nationalist voices in Egypt to withdraw entirely from the fight.

"My son watch out, don't be fooled, or fool yourself thinking you will play with the Israeli athlete to defeat him and make Egypt happy," he said, adding "Egypt will cry; Egypt will be sad and you will be seen as a traitor and a normalizer in the eyes of your people."

Hisham Hatab, head of the Egyptian Olympic Committee, was quoted by the daily al-Masry al-Youm as saying there will be no withdrawals, adding "Islam will play the match without troubles."

Asked whether the two athletes will shake hands, Hatab said, "the delegation doesn't allow mixing politics with sports. In Judo, the players can either shake hands or bow in respect to each other. It's up to the player." Egypt's minister for youth and sports was quoted as saying, "we have to accept competition with everyone regardless of anything."

Egypt is the first country in the Arab world to sign a peace treaty and normalize relations with Israel, after decades of war.