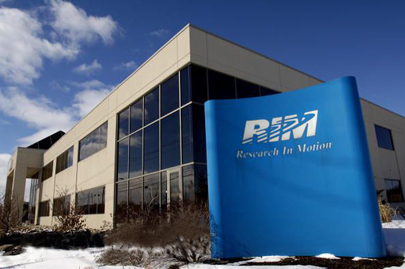 (CBS/AP) TORONTO — The newest board member of BlackBerry maker Research in Motion Ltd. (RIM) said Thursday that a turnaround could take three to five years.

Prem Watsa, RIM's third-largest investor, said he sees his investment in the company as a long-term one, adding that RIM's fortunes won't be reversed soon.

The once-iconic maker of the BlackBerry smartphone is facing its most difficult period in its history. Americans are abandoning their BlackBerrys for flashier touch-screen phones such as Apple Inc.'s (AAPL) iPhone and models that run Google Inc.'s (GOOG) Android software, including those made by Samsung Electronics Co.

"Is it going to turn around in three months, six months, nine months? No," Watsa said.

"Three years or five years is how I'm looking at it. But there's no guarantees. You've seen all the earnings from Apple. It's not easy to compete with Apple or Samsung or the Android group of companies."

Apple reported another strong quarter on Tuesday. The company sold 35 million iPhones in the January-to-March quarter, almost twice as many as it sold a year ago. Apple nearly doubled its quarterly profits.

By contrast RIM shipped 11.1 million BlackBerrys in the latest quarter and has written down the value of its product inventory in its past two quarters.

Watsa is one of Canada's best-known value investors and the billionaire founder of Fairfax Financial Holdings Ltd. He has been compared to Warren Buffett because of his investing approach.

RIM founder Mike Lazaridis recruited Watsa to join RIM's board when Lazaridis and Jim Balsillie stepped aside as RIM's co-CEOs in January. Watsa increased his stake in the Canadian company from 2.2 percent to more than 5 percent.

Balsillie once had a stake on par with Lazaridis but now owns just 0.4 percent. He sold off much of RIM's stock after leaving the company after more than 20 years there.

Speaking at Fairfax's annual meeting and later with reporters, Watsa called Lazaridis a "technical genius" and said he would not have joined the board if Lazaridis wasn't on it. Lazaridis became vice chairman of RIM's board and chairman of the board's new innovation committee in January.

Watsa said he believes in new CEO Thorsten Heins, who Watsa said had a solid track record at RIM and at Siemens before that.

Watsa dismissed suggestions that RIM could go bankrupt. When asked if RIM even has three to five years to turn itself around, Watsa noted that the company has $2.1 billion in cash and no debt.

"Very few companies go bankrupt," Watsa said. "My view is that a company goes through these hurdles."

He suggested that he'll remain a hands-off board member and investor. He said he trusts Heins and Lazaridis to run the company. He declined to comment on a possible strategic direction for RIM, which has been undergoing a strategic review.

Watsa and Lazaridis became friends after Lazaridis recruited Watsa to become the chancellor of the University of Waterloo, a top engineering school that's been a rich pool of engineering talent for RIM. The university adjoins RIM's headquarters in Waterloo, Ontario.

"It really would be unfortunate if anything happened to RIM, and I'd like to do whatever I can to help," Watsa said.